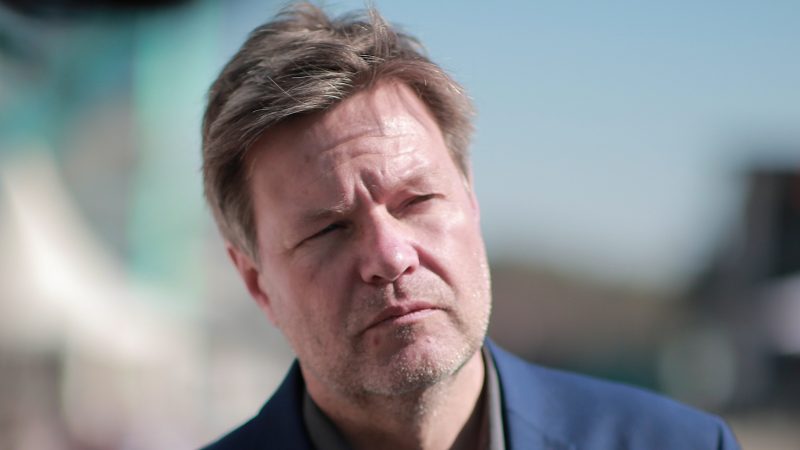 Germany has declared an early warning amid the Russian demand to have gas deliveries paid in Roubles, something that the G7 states have refuted. [EPA-EFE/CHRISTIAN MARQUARDT / POOL]

Following Russia’s demand to be paid for energy and fuel in roubles, Germany has declared an “early warning” of a possible gas supply emergency.

The measure is designed to prepare for the risk of disruption, or even the stop of natural gas flows from Russia.

The news marks the clearest signal to date that the EU is preparing for supply disruption following the enforcement of sanctions against Moscow after Russia invaded Ukraine.

The government said that the decision has been directly attested to the Russian announcement to accept only roubles to pay for gas deliveries from last week, adding that this “constitutes a breach of the private supply contracts.”

“Security of supply continues to be guaranteed. There are currently no supply bottlenecks,” he added. Germany’s gas stores are currently around 25% full.

“Nevertheless, from now on, every gas consumer – from business to private households – is also required to reduce their consumption as much as possible,” the government said.

On Friday (25 March), Habeck had said that “every kilowatt-hour counts.”

The task force will consist of members of the ministry for economy and climate action (BMWK), representatives of the federal network agency, the German market area manager gas, the operator of transmission networks and members from the German states.

The gas task force will meet regularly from now on to monitor the development of the situation on the gas market based on the daily reports from the transmission system operators and the market area manager and to advise the management of the BMWK, the ministry wrote.

The government will not intervene in the gas markets and has said that there won’t be any changes for consumers “for now,” while adding that the possibility of further energy price hikes could “not be excluded.”

It is the first time that the German government has proclaimed an early warning, following the Italian announcement on 26 February, two days after Russia had invaded Ukraine, and Latvia’s on 9 March.

Today’s early warning is compliant with the EU’s 2017 security of supply regulation, after which there will be two additional steps of escalation.

The second level of alarm has actors get ready to be regulated by the government, although market actors will still act on their own to work towards relaxing the situation. Germany has network operator schemes that reward the industry to shut down production to save energy during times of peak demand.

If the market’s best attempts to relax the situation or “a permanent deterioration of the supply situation occurs,” the government can rule the situation at the third and final emergency stage.

Thus, the federal network agency would become the entity responsible for distributing the country’s limited amount of gas, which would mean certain industrial sectors would be first to get shut down, then all industries and finally households and special institutions like hospitals.