The Russian pipe layer vessel 'Akademik Cherskiy' is at anchor in Binz, island Ruegen, northern Germany, 10 May 2020. The Pipe-laying vessel had traveled more than 10,000 kilometers from Nakhodka, Russia to the Baltic Sea. [Jens Koehler/EPA/EFE]

Nord Stream 2, designed by Russia’s Gazprom to increase direct shipments to Europe, is far behind schedule and has faced political opposition from Washington, as well as from Ukraine and Poland through whose territory Russian gas is shipped to consumers in western Europe.

Germany’s pipelines regulator, the Bundesnetzagentur, said the project was not exempt from EU unbundling rules that require separate operators for the production, transport and distribution of energy for the section that runs through German territory.

A German Economy Ministry spokesman declined to comment on the authority’s decision.

Germany’s relations with Moscow are already under strain after Chancellor Angela Merkel this week told legislators “hard evidence” had been found that Russian agents were behind a 2015 hacking attack on parliament.

Merkel said the attack, in which legislators’ e-mail accounts, including hers, were plundered, was part of a pattern of Russian attacks designed to disorientate adversaries. Russia denied any involvement.

The regulator said the Nord Stream 2 consortium – which also includes Uniper, Wintershall-Dea, Royal Dutch Shell, OMV and Engie – did not qualify for an exemption because the pipeline had not been completed by 23 May 2019.

The dispute over regulation does not affect the ongoing construction of the pipeline, but may add to operating challenges.

Nord Stream 2 is expected to open around early 2021 after numerous delays.

A Russian pipe-laying vessel, Academic Cherskiy, has traveled from near Kaliningrad to Bornholm to complete the remaining 160 km after its predecessor Allseas had to abandon work because of a threat of US sanctions. 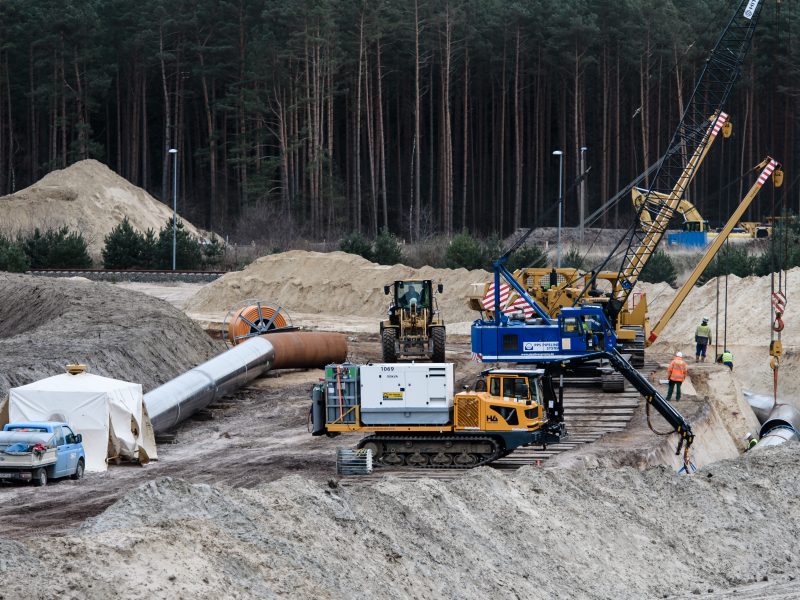 The consortium, whose five Western partners put up 50% of the finance for the pipeline, said that although not physically complete, the project had been economically functional, with billions of euros of investments made in good faith.

It said it has a month to evaluate the decision and to consider further action and that the definition of completed can be contested as clashing with fundamental rights in EU law.

Before the latest German ruling, it had asked the European Court of Justice to nullify the EU regulation that could prevent it operating and called for arbitration under the international energy charter that protects investments.

Gas market analyst Wolfgang Peters of the GasValueChain company said Europe needed additional gas at competitive prices, as its demand jumped by nearly 100 billion cubic metres over the last four years, while its own supplies declined.

This volume is roughly equivalent to NS 2 and its forerunner Nord Stream 1, which opened in 2011, combined.

Friday’s ruling could drive up costs for the consortium and cause it more delays as it implies it may have to set up a transport operating company and seek bids from third parties to participate in gas auctions.