Germany far from giving up fossil fuels despite Energiewende 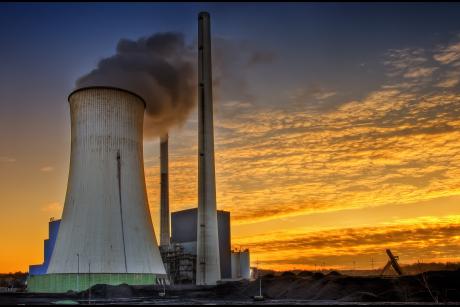 Germany’s Energiewende seeks to phase-out nuclear energy and shift to renewables by 2022, but a recent study suggests the country will still be dependent on fossil fuels like oil, coal and natural gas for many years. EURACTIV Germany reports.

Despite the Energiewende and the recently approved National Action Plan for Energy Efficiency, Germany is still a long way from becoming independent of non-renewable energies.

A study released on Wednesday (10 December) by the Federal Institute for Geosciences and Natural Resources (BGR) suggests Germany will remain dependent on fossil fuels like oil, gas and coal for decades to come.

“Even if renewable energies dominate the public perception, Germany will nevertheless remain dependent on non-renewable energy sources in an energy mix, to ensure a safe transition to a low-carbon energy system,” the authors write.

More than ten years after the initiation of the Energiewende, the study indicates, oil, natural gas, hard coal and lignite cover 80% of German energy consumption. But thanks to provisions passed in 2013 to promote renewable energies and phase-out nuclear energy, the share of renewables has increased by almost 5%.

As a result, the study confirms criticism that was voiced a few days ago by a special expert commission of the German government. The new action plans jump-started for climate protection and energy efficiency are not concrete enough and are insufficient to reach the targets, the committee of four professors said.

The Climate Change Performance Index released by the NGO Germanwatch a few days ago also shows a rise in Germany’s CO2 emissions due to coal-fired power generation. Germany ranks 22nd among the world’s 58 largest CO2 emitters.

But the government hopes to change this with the Action Plan on Climate Protection it passed in December. According to the measure, the next goal is to reduce greenhouse gas emissions by 40% by the year 2020 compared to 1990.

“We are making sure that energy efficiency finally receives the attention it deserves,” Economic Affairs Minister Sigmar Gabriel said, advertising the measure. Environment Minister Barbara Hendricks said she was convinced “Germany will achieve the climate target.”

Still, the path toward more renewables seems long yet. Even oil production in Germany, which is negligible compared to international producers of oil, did more for domestic power generation than all of domestic photovoltaics put together, the latest BGR study says.

Worldwide, oil remains the most important source of power. The share of oil in global primary energy consumption is around one-third. The authors of the study write that this is not likely to change over the next few years.

But over the course of a few decades, it is not likely that growing demand for oil will be able to be satisfied. Even the increasing use of non-conventional reserves like shale gas will not change this in the long-term, the study reads.

Most conventional energy sources will not dry up so quickly

But the vast majority of non-renewable raw materials used for energy are still plentiful, the BGR study points out. Despite growing demand – particularly due to population and economic growth in developing countries – from a geological perspective, natural gas and coal supplies would last for many more decades to come, the authors write.

Alongside the precaution, with which the BGR study views the transition to renewables, the authors are carefully optimistic with regards to energy consumption as such in the future.

Global demand for energy has been rising, uninterrupted, for many decades, the BGR study says. But constantly receding energy intensities, particularly in OECD countries, is something the study cites as showing that GDP growth can rise without a corresponding rise in energy demand.

At the end of October, the European Council agreed on the framework for the EU's climate and energy policy until the year 2030. Member states have committed to reaching a share of renewables in the EU's energy consumption of at least 27% by 2030. This target will be binding at an EU level.

To improve energy efficiency by 2030, an indicative target was set at an EU level of at least 27%. The government also signed off on a binding measure requiring that member states reduce EU domestic greenhouse gases by at least 40% until 2030 compared to 1990 levels.