Altmaier made the comments during an on-the-record exchange between the 28 EU energy ministers, who are gathered in Luxembourg today (11 June) for a meeting of the Energy Council.

Energy ministers are expected to thrash out a joint position on three clean energy laws which are currently being negotiated in the EU institutions – the Renewable Energy Directive, the Energy Efficiency Directive and a regulation on the Governance of the Energy Union.

“Germany supports responsible but achievable targets,” Altmaier said from the outset, underlining Berlin’s efforts to raise the share of renewables to 15% of the country’s overall energy mix.

But he said those efforts also carried a cost for the German taxpayer, which he put at €25 billion per year. “And if we are setting targets that are definitely above 30%, that means that within a decade, our share has to be more than doubled – clearly more than doubled,” Altmaier pointed out.

What’s needed, he said, is “a compromise that prevents us from having an unachievable target” at European level. “Citizens across Europe are losing faith in politics. When they see that we are setting very ambitious targets and that a few years later we’re deferring this, we are way off their expectations.”

Altmaier’s statement was dismissed as “pathetic” by Claude Turmes, the lead Parliament negotiator on the governance regulation, who will become energy minister of Luxembourg at the end of the month.

Still, Germany’s declarations poured cold water on expectations from other EU countries, which have called for higher ambition on the EU’s “clean energy package” of legislation.

That’s right Frédéric, we believe a 55% reduction in GHG emissions by 2030 is an obligation. We need ambition! Measures should be taken across all sectors to make this possible.

Brune Poirson, the French secretary of state for ecology, underlined the need for “strong ambition” at EU level to meet the objectives of the Paris Agreement, whose signatories committed to avoiding dangerous climate change by limiting global warming to well below 2°C.

France, Poirson said, is ready to support a compromise on energy efficiency at “around 33%”, which she said stood halfway between the positions of the European Parliament and EU member states. On renewables, she said a 32% figure would be “a good compromise”.

Of equal importance, she said, is the proposed “gap-filler” mechanism envisaged in cases where EU countries are lagging behind in meeting the agreed EU objectives. Poirson was backed on this point by Altmaeir who said Germany was ready to back a gap-filler for both targets – on renewables and energy efficiency.

“As regards the heating and cooling sector, we are also prepared to move further towards the European Parliament,” Altmaier said.

Talks on the three proposed EU laws are expected to conclude on Wednesday (13 June) during three-way talks between the European Parliament and the EU Council, with the European Commission acting as mediator.

But the chances of reaching an “ambitious” agreement closer to the Parliament’s position during the so-called “trilogue” talks now appears slimmer without full backing from Germany.

The Visegrad group of countries comprising the Czech Republic, Slovakia, Hungary and Poland reiterated their opposition to raising the EU’s level of ambition. Hungary, for instance, said any increase in the renewable energy target should trigger a new impact assessment from the European Commission, a lengthy procedure that would delay the adoption of the directive.

Not all hope is lost however, according to Turmes, who noted that shifting positions from new governments in Spain and Italy have lifted the blocking minority against a 33% objective for renewables and energy efficiency. 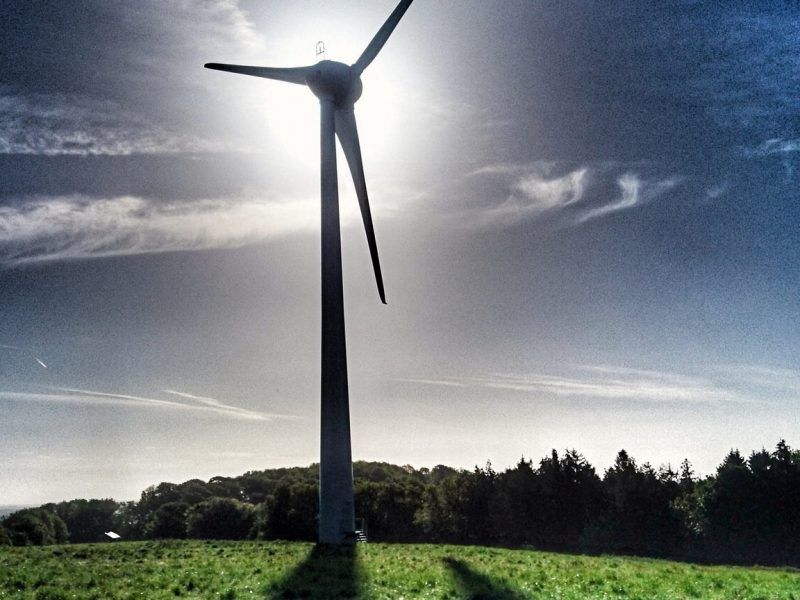 Speaking at today’s ministerial meeting, the Polish Deputy Energy Minister Michał Kurtyka sought to distance himself from the other V4 countries, saying “our message must be both ambitious and credible” in view of the COP24 conference taking place in Katowice in December this year.

Conclusion from the @EUCouncil: in front of cameras, no blocking minority against 33-33! V4-LV-EE-SI-HR-BE do not form a blocking minority. What will happen now behind closed doors? Will DE team up with pro-coal V4 or with front-runners like FR NL ES IT PT SE FI DK LU LT?

“It’s great to see that a growing number of countries have spoken in favour of higher energy efficiency and renewables targets. Unfortunately, some others keep hiding behind the word ‘flexibility’ - a buzzword of today’s Energy Council - to slow down progress on the Clean Energy Package.”

“In fact, we need both: high targets and credible, strong measures to implement them, if we are serious about advancing the transition to clean energy in Europe.  To be in line with the Paris Agreement, the EU must increase its overall effort, as well as improve actions in all sectors, as soon as possible.”

Molly Walsh, renewable energy campaigner for Friends of the Earth Europe, said: “It was concerning to watch Germany align itself with the famously unambitious and blocking Visegrad governments and attempting to block the rest of Europe from the Energiewende they pioneered.”