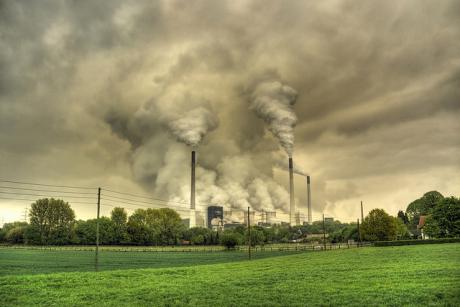 Only a drastic elimination of outdated coal-fired power plants will allow Germany to reach its 2020 emissions targets, economists at the DIW Berlin said. [Guy Gorek/Flickr]

Economists at the German Institute for Economic Research are calling for old coal-burning facilities to be shut down as soon as possible, indicating that it’s the only way Germany will reach its climate target for 2020. EURACTIV Germany reports.

Shutting down old coal plants would create a moderate increase in energy market prices. However, this shift is likely to make power generated from natural gas profitable again, according to a study released  on Wednesday (19 November).

Research was conducted by the DIW Berlin, on behalf of the Heinrich-Böll Foundation and the European Climate Foundation.

“The energy sector should contribute more toward reaching the short- and medium-term climate targets by replacing CO2-intensive, inefficient coal power plants with more efficient gas-fired power plants. Because this helps the climate and energy markets simultaneously, it even offers a double dividend,” explained Claudia Kemfert, director of the department for Energy, Transportation, Environment at the DIW Berlin.

“All in all, hardly any rise in price is expected for private energy consumers,” Kemfert assured.

This step is urgently needed, the researchers said, to realise the climate protection targets outlined in the government’s coalition agreement.

Ahead of a key UN climate summit in 2015, Germany is likely to face increasing pressure to reduce its dependence on CO2-intensive coal power.

Already, Germany intends to reduce greenhouse gas emissions by 40% until 2020 from 1990 levels. But the latest estimates for the Federal Environment Ministry predict the reduction will only be around 33% – a difference of almost 70 million tonnes of CO2.

“If Mr. Gabriel claims that 40% CO2 reduction by 2020 is possible without dismantling massive over-capacity due to the shutdown of old and dirty coal power plants, he should do the calculations himself,” said Christoph Bals, political managing director at Germanwatch. Along with the Worldwide Fund for Nature (WWF), Germanwatch accused the German government last weekend of deceiving the public with false assertions.

The two NGOs claimed that the distance towards reaching the emissions target is considerably greater than the estimated 87 million annual tonnes of CO2. The Ministry’s prognosis is founded on countless “unrealistic assumptions” like an emissions rights price of 20€ per tonne of CO2 and a lifespan of 45 years for coal power plants. Rights are currently being traded for 6€ per tonne, and many coal-fired plants have been connected to the grid for much longer, the environment organisations pointed out.

Germany’s Chancellor Angela Merkel and her Economic Affairs Minister Gabriel continue to emphasise that “the 40% target still stands”. But Gabriel also indicated that it is not possible to eliminate nuclear and coal energy at the same time.

“It is clear that the target cannot be upheld”, the Economic Affairs Minister supposedly told a small group of people, according to Der Spiegel. The price is too high, and climate protection will end up costing too many jobs, the magazine cited Gabriel as saying. “We cannot immediately leave coal now,” he reportedly continued.

The SPD politician, however, denies the claims. “We will achieve the 40%… because of the international effects, we must show that an industrial country like Germany is capable of practicing climate protection without endangering its own economic success.”

Instead, Germany must conserve energy, Gabriel said, intending to table a national action plan by the beginning of December on reaching the EU’s energy efficiency target. The strategy is expected to include a tendering scheme for energy efficiency projects and tax breaks for the purchase of electric cars and for building renovations.