Germany ‘saved by the sun’ from post-nuclear blackouts 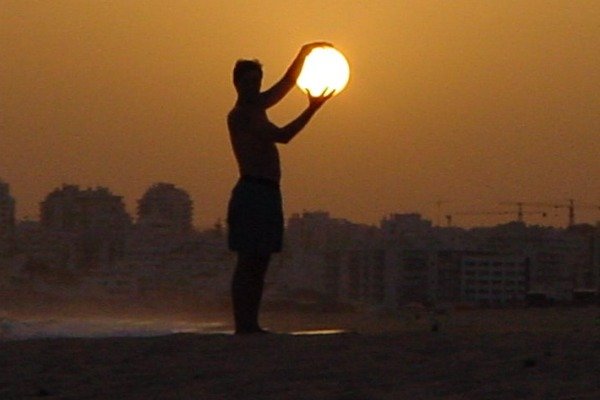 Germany’s lights were kept on by solar power last winter, after Berlin’s rapid phase out of nuclear power brought the country to within a whisker of complete breakdown, senior energy industry sources say.

Following the Fukushima nuclear disaster in March 2011, Germany moved to close all 22 of its nuclear reactors. But problems in readjusting electricity supplies led spare capacity – the potential amount of excess production – between France and Germany to fall to just 2 gigawatts (GW) in February.

“It’s almost nothing,” a well-placed official told a briefing organised by the Institut français des relations internationales (IFRI), “less than one percent.”

“Technicians on both sides [of the border] were aware that we were as close as we had ever been to a breakdown of the power system,” he said. “We were saved by the sun.”

By a stroke of fortune, Germany – which last year accounted for half of the world’s installed solar photovoltaic (PV) capacity – enjoyed an extraordinarily sunny February.

Germany is one of the world’s solar energy leaders with some 28 GW of PV capacity, mostly in Bavaria, connected to the power network and providing around 3% of total power output.

Solar is an intermittent electricity generator dependent on the elements, storage facilities and back-up – often conventional – power capacity when the sun is not shining.

But given optimal times and conditions, it can create a surplus power capacity. In the February sunshine, despite Germany’s own supply problems, it was actually able to increase electricity exports to France from 4GW to 5GW.

The official, speaking on condition of anonymity, cautioned that if the electricity crisis had peaked later in the afternoon last year – rather than at lunchtime – the solar supply would not have been able to prevent power cuts.

Even so, representatives of the solar industry were ebullient.

“The data don’t lie,” Brandon Mitchener, a spokesman for First Solar, a leading PV manufacturer, told EURACTIV. “They prove that solar and wind can provide real power right when it’s needed most, when demand is at its peak.”

Not enough storage, not enough grids

Germany only has enough pump storage capacity to retain around 20 minutes worth of electricity supplies, meaning that excess solar energy at peak generation times must be exported or used.

Doing this efficiently would require extensive and well-coordinated inter and intra-European grid connections, which currently do not exist.

EURACTIV understands that in the windy winter of 2004, the Dutch power grid’s stability was put at risk because of exported excess wind energy. The then-finance minister of the Netherlands sent a letter of complaint to his German counterpart about this “unfriendly” electricity.

“We’re producing lots of wind energy in the north of Germany – and that’s fine,” the industry official said. “But there’s no grid to transport the electricity to where it is needed in the south of Germany.”

As a result, German electricity currently has to be transported south via transmission lines in Poland or the Czech Republic. But this is increasing tensions with those countries, whose own grid stability is being jeapordised by the increased load.

“They’re building up border controls for electricity because there is no other solution,” the source added.

“It is equally clear that one of the many geographical areas where improvement is needed is in Germany, including north-south links for renewables,” he told EURACTIV.

For now, Germany’s energy industry is said to be approaching the coming winter with a sense of trepidation.

Asked by EURACTIV about the chances of blackouts in Germany next year, the industry representative replied: “We will do our best to make sure that there are no blackouts, but the challenge is still going to be bigger than last year.”