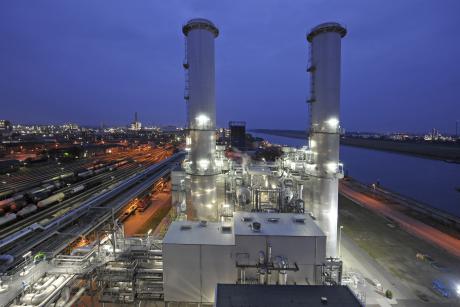 The Energy Union is one of the biggest tasks currently faced by the European Union. [BASF - We create chemistry/Flickr]

Amid skepticism from many member states over the Commission’s planned European Energy Union, Germany is seeking to set an example by establishing a single energy market with its “electric neighbours”. EURACTIV Germany reports.

With its planned Energy Union, the EU intends to merge 28 European energy markets, thereby reducing Europe’s dependence in the sector, promoting climate protection, creating jobs and boosting growth. The project is one of the biggest and most challenging tasks currently on the EU’s agenda.

As a first step toward an EU-wide energy pact, Germany has moved to set up an agreement with its direct “electric neighbours”, including Sweden and Norway. The move was announced by Rainer Baaker, State Secretary for Energy in the Ministry of Economic Affairs on Monday (1 June) at a conference in Berlin.

The alliance already has a strategy to address one of the most pressing issues, Baake indicated. “If we are working on a single market, we have to define common rules that will prevent an energy shortage during supply disruptions,” he said.

Equalising force of the market rather than capacity markets

More specifically, the agreement plans to allow for price fluctuations on the electricity wholesale market. In this way, participating countries would rely on market forces instead of on the premium charged by conventional electricity corporations and the energy lobby for the maintenance of conventional power plants.

A market of this kind, for guaranteed capacities, is designed to compensate power plants on standby that help ensure the energy supply is reliably covered during peak periods. This is needed, for example, if more weather-dependent renewables cannot reliably provide the amount of power needed at any given time.

A report from Germany’s Economic Affairs Ministry (BMWi), Pilot Study Electricity Market 2015, recently backed up the idea that such capacity markets are unnecessary. According to the study, the electricity supply will remain very secure in Germany and its neighbouring countries up until 2025, with a 100% probability of load balancing success.

With its Green Paper “One Electricity Market for the Energiewende” published in October 2014, the BMWi already produced a discussion paper for a new electricity market design and presented arguments against capacity markets. A White Book, with adjustments, is expected to be released before the summer recess.

The EU, on the other hand, is not seeking to completely do away with the capacity market model, said Climate Protection and Energy Commissioner Miguel Arias Cañete in Berlin.

“We want a common European or at least regional approach for capacity mechanisms,” the Commissioner said. The common internal market can only function, he added, with regional cooperation between multiple states.

This proposal is the Commission’s attempt at winning over support for the Energy Union from countries which have been skeptical so far. These member states are still holding fast to the subsidiarity principle, saying that electricity, heat and fuel supply remain one of the most important tasks of the national government.

The fact that a majority of the 28 EU member states do not want to surrender power over their energy policy to Brussels is also due to the fact that Europe’s energy resources are distributed extremely unequally across the bloc.

Malta and Cyprus, for example, are almost completely dependent on oil-powered plants. Sweden’s power generation is almost completely CO2-free, consisting of a nuclear and hydro-power mix. Meanwhile, Poland produces around 85% of its power with coal and in the Baltic states wood-burning is widely used in power plants.

Commission President Jean-Claude Juncker has repeatedly emphasised that a union will increase Europe’s security of supply, decrease import dependence of especially smaller EU countries and organise renewables more efficiently. But the varying requirements in the member states are making it particularly difficult to launch the project.

Hildegard Müller, chair of the executive board at the German Association of Energy and Water Industries (BDEW), called for “respect for national conditions”. At the same time, she made it clear that “climate protection, profitability and a stable supply should be pursued equally” to reach the self-defined EU target of cutting 40% of greenhouse gases by 2030.

At the conference, it was often said that this might be realistic for Germany, the climate protection role-model seeking to generate 80-95% of its energy from eco-friendly resources by 2050. But for countries like Poland, it is a big challenge, said Marek Woszczyk from the biggest Polish energy supplier PGE.

His country respects the climate protection targets, Woszczyk said, but it does not have much wind or sun to tap into, and has to work extremely hard to cover the costs of a transition, Woszczyk added.