RWE is filing an arbitration claim against the Dutch government for €1.4 billion in compensation [RONALD WITTEK EPA/EFE]

The arbitration claim for €1.4 billion in compensation was denounced by climate campaigners as yet more proof that the treaty, an international investment agreement signed in 1994, is unfit for supporting the shift away from fossil energy.

“It’s high time for European countries to withdraw from this dangerous agreement and don’t waste any more time in futile attempts to reform it,” he added.

The treaty is an international agreement, which allows energy companies to challenge governments for implementing measures that could impact the expected income from investments they have made.

But it is facing criticism for protecting fossil fuel projects and being incompatible with the Paris Agreement, which seeks to limit global warming to 2°C maximum.

“RWE’s billion-euro attack on the Dutch coal phase-out shows how the Energy Charter Treaty threatens the EU’s Green Deal and the climate law,” Pia Eberhardt from the Corporate Europe Observatory, said on Twitter.

“Member states and the European Commission need to leave the climate killing treaty now. Otherwise polluters will continue to use it as a super weapon to delay climate action and make it unaffordable for taxpayers,” she added.

The treaty is currently under review, but the modernisation process is progressing at sluggish pace and campaigners say it will not fix core issues like arbitration or the protection for fossil fuel investments as any reform needs unanimity approval from the treaty’s 54 signatories.

In December, Spain’s Minister for the Ecological Transition called on the EU to leave the treaty, writing on Twitter: “That’s it. Either we ensure it is compatible to the Paris Agreement or we need to withdraw from the Energy Charter Treaty.”

In the same month, four French ministers sent a letter to the European Commission, saying the EU should consider withdrawing.

“The option of a coordinated withdrawal of the European Union and its member states should be raised publicly from now on, while its legal, institutional and budgetary modalities should be assessed,” it added.

There are 54 signatories to the treaty, including the EU and all EU countries except Italy. Other signatories include Azerbaijan, Turkmenistan, Kazakhstan, Mongolia and Uzbekistan, which are highly reliant on fossil fuels and have little interest in reforming the treaty.

There have been several cases in the recent past where energy companies have used the ECTO to take action against governments seeking to reduce the amount of fossil fuel in their energy mix.

Last year, German energy giant Uniper threatened to sue the Dutch government over its plan to phase out coal power by 2030.  The company is seeking a reported €1 billion in compensation, saying it was seeking an “amicable settlement” but could go to arbitration if no agreement was reached.

In another case in 2017, British oil and gas company, Rockhopper, filed a claim against the Italian government after the country’s ministry of economic development rejected its application for an oil production concession.

“The Energy Charter Treaty is a major obstacle to climate action as it protects investments in fossil fuels,” said Laurence Tubiana, CEO of the European Climate Foundation. Alongside a group of 400 experts and scientists, she issued a letter in December calling on the EU to withdraw from the treaty. 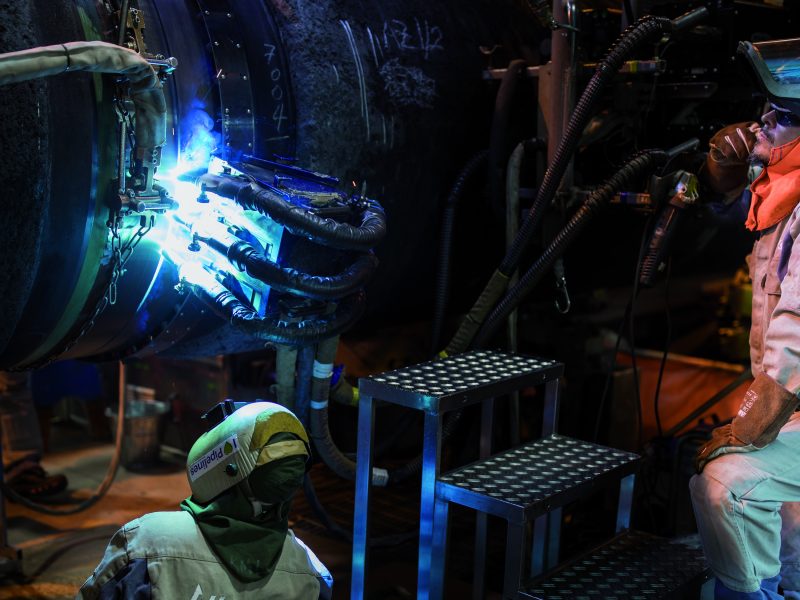