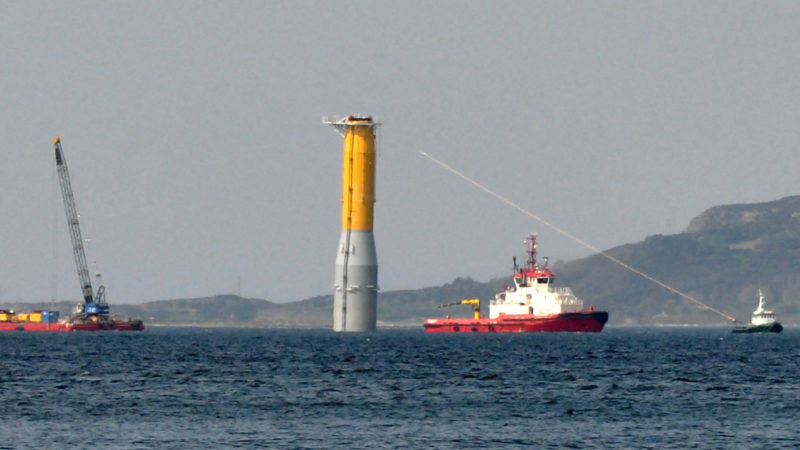 The world’s first floating wind farm is taking shape off the coast of Scotland, in waters normally too deep for turbine installation.

Norwegian energy giant Statoil has finished installing the last of five gigantic floating wind turbines, 25km off the coast of northeast Scotland, in a unique pilot project that hopes to address some of the problems facing wind power generation.

The Hywind project, which has been in the works for 15 years, uses new technology that allows floating wind turbines to be tethered to the seabed in deeper waters than their standard static counterparts.

Standing 175m above the waterline and weighing 11,500 tonnes each, the massive towers will be moored in waters that are about 130m deep, whereas fixed towers can only be built in depths of around 50m. Statoil claims the technology could be used in water depths of up to 700m.

The new farm plans to generate enough power for 20,000 homes and the project’s leaders hope the facility will come online at the beginning of October.

Besides the added benefit of being able to build in areas otherwise unsuitable for wind farms, the floating turbines have the potential to generate more, regular power as they can be placed further out at sea where wind speeds are higher and more constant.

Hywind is coming online at a time when the price of energy from offshore wind farms has dropped 32% since 2012, exceeding UK government targets. It is only expected to get cheaper and new estimates predict that it will drop below new nuclear soon.

The project’s €200 million + costs have been subsidised by British bill-payers as part of the UK government’s Renewable Obligation Certificates.

Offshore wind has relied less and less on subsidies in recent years and in 2016, over 90% of tenders were paid for by the market, without support. That figure is expected to top 95% this year.

Statoil hopes that floating offshore turbines, which are currently very expensive to make, will be able to mirror this development.

Hywind project leader Leif Delp told the BBC that: “I think eventually we will see floating wind farms compete without subsidy – but to do that we need to get building at scale.”

The new turbines are massive in scale and technologically advanced. They stand at nearly twice the height of Big Ben and their blades are 75m long. Advanced software ensures the blades help keep the towers upright by adjusting to the direction and power of wind gusts. 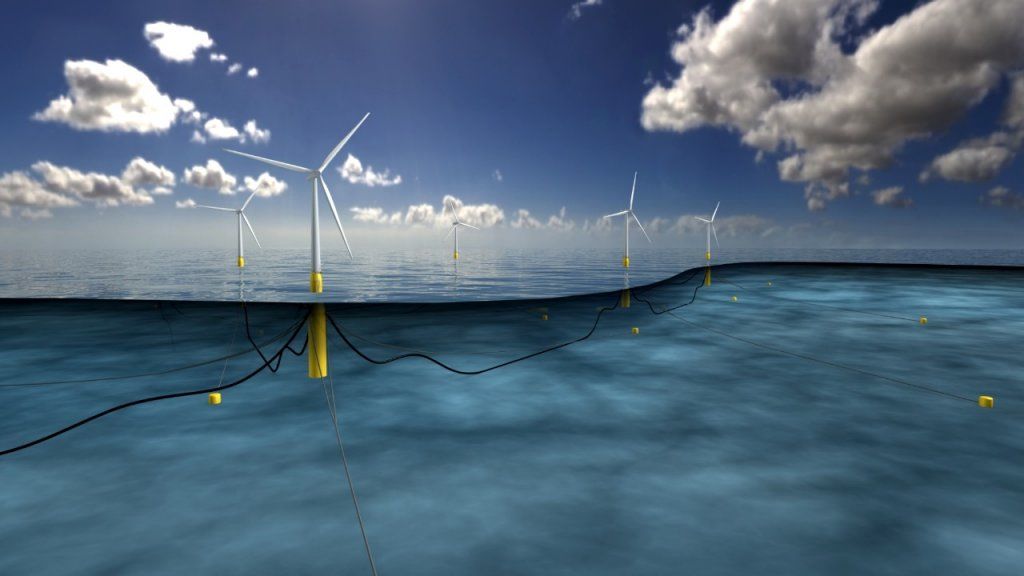 An artist’s impression of the wind farm, complete with moorings and cables to the mainland. [Statoil]