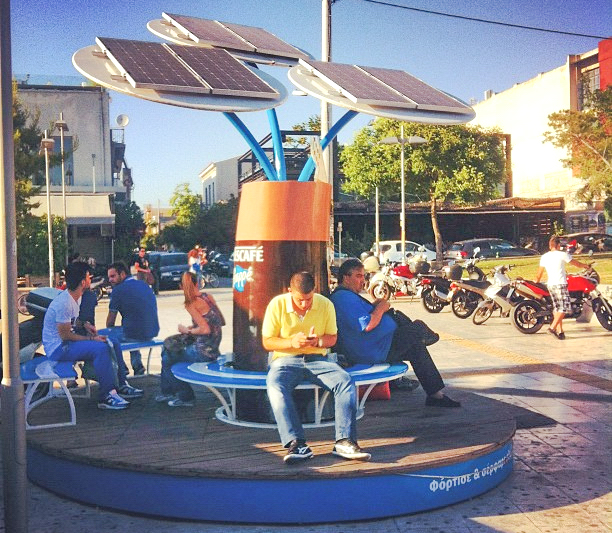 Ambitious Greek renewable power projects aimed at reducing the country’s dependence on energy imports from Russia will be on hold for some time, as the threat of exit from the euro prompts investors to delay initiatives.

Greece has submitted proposals on economic reforms in a last-ditch effort to secure a bailout from international creditors and prevent financial meltdown.

Even if the country’s banks reopen – after being shut since 29 June – they are unlikely to be in a position to provide the type of project financing needed for wind and solar farms.

Two investment sources familiar with the plans said at least four major solar and wind projects in Greece had stalled.

“Business development decisions are on hold at the moment. There is too much risk,” one of the sources said.

The other added: “Even if there is a resolution, (with Greece’s creditors), I don’t think anyone will be in a hurry to kickstart projects.”

Greece emerged last year from six years of recession that wiped out a quarter of its economy. But economic growth has again come to a virtual standstill this year amid doubt over whether its new leftist government could reach agreement with creditors to stave off insolvency.

The European Union is pushing renewable energy development to reduce carbon dioxide emissions and wean the bloc from oil and gas imports, especially from Russia.

Renewables are particular important for Greece, which has ample sun and wind and suffers from its dependence on costly imported fuel. Its target has been to generate nearly 40 percent of its electricity through renewables by 2020, double the overall target set by Brussels for the EU as a whole.

However, due to the cuts in investment, research consultancy Frost & Sullivan forecasts that electricity generated from renewable energy sources in Greece will account for just 17 or 18 percent of its energy mix this year and grow only to 20 percent by 2020.

Industry players say Greece has already been cutting subsidies and incentives for renewables developers for some years now, as have other European countries hit by austerity measures, such as Spain.

“They introduced a measure in 2012 that changed the support scheme and wound back a lot of the incentives that were given for renewable energy when they were at the height of the last (financial) crisis,” said Jonathan Robinson, principal consultant at Frost & Sullivan.

“There will be some developers in Greece that decide to carry on, but I think it is going to be relatively limited,” Robinson said. “When you get a lot of uncertainty, they (investors) really don’t like it.”

Spanish power group Iberdrola, among the big renewable players, declined to comment on its Greek projects.

“The Enel Group has very strong liquidity with a geographically-diversified cash balance. We are monitoring the situation closely,” she added.

Greece’s Terna Energy said it was involved in wind parks in the country and despite the crisis its investment programme was “underway”. It was also watching developments closely and would adjust plans “accordingly if necessary”.

Leaders of the 19-nation euro area were due to meet on Sunday (12 July) to decide whether to recommend opening negotiations on a third bailout programme for Athens despite widespread exasperation at the five-year-old Greek debt crisis.

The proposals, submitted by Greece and seen by Reuters, commit Athens to “prepare a new framework for the support of renewable energies”, but the industry does not expect a strapped government to provide much help anytime soon.

With foreign banks long since scared off, industry sources say the development of Greece’s renewable energy sector will rely on Greek bank funding and private investment.

European officials said earlier this week that some large Greek banks may have to be taken over by stronger rivals as part of a restructuring of the sector that would follow any bailout. This could weigh on funding for renewables projects.

“It is going to take time for people (engaged in renewable projects) to get back any confidence,” said Virginia Murray, Greece based partner with law firm Watson Farley & Williams.

“I expect that investors would want at least three to six months to have the certainty that the crisis had really passed.”