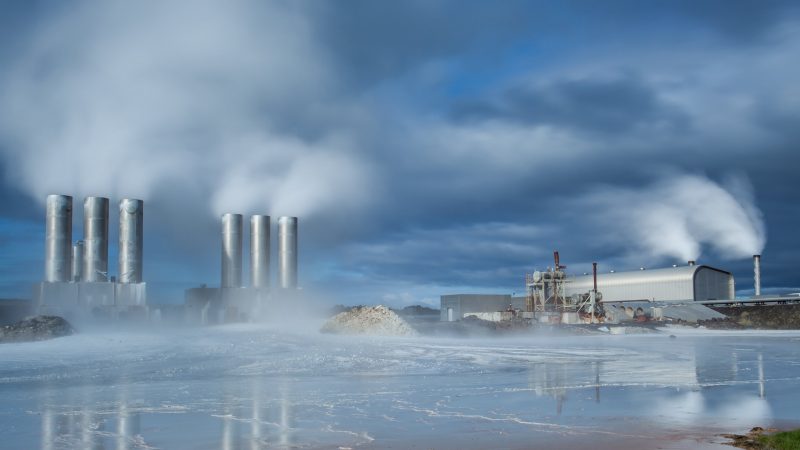 The European Commission is due to table plans on Wednesday (18 May) to break free from Russian fossil fuels but, apart from a renewed push for heat pumps, there are major oversights when it comes to decarbonising heating and cooling, according to industry representatives.

The EU executive outlined proposals in March to decrease its consumption of Russian gas by two thirds before the end of the year as part of a broader push to become independent from all Russian fossil fuels “well before 2030”.

The European Commission is now expected to follow up on those plans on Wednesday (18 May) with more detailed proposals to increase Europe’s energy independence.

But representatives from the district heating and geothermal sectors say there needs to be a bigger focus on heating and cooling if Europe wants to successfully break ties with Russia and decarbonise its energy system.

“Boosting renewables and realising the potential for waste heat in heating is absolutely critical,” said Aurélie Beauvais from Euroheat and Power, a trade association representing the district heating sector. “Heating and cooling, whether it’s in buildings or industry, is half of the energy consumption in Europe today and 70% of that is generated from fossil fuels,” she told EURACTIV.

While Beauvais welcomed the focus on heat pumps in the Commission’s March plan, she said much more is needed to promote sustainable heating and cooling.

“We would really like to have a stronger focus on district heating,” she told EURACTIV. “The fact that it is barely mentioned in the [REPowerEU] communication, for us, is very concerning.”

District heating systems – hot water pipe networks running below the ground – are increasingly popular in the search for ways to decarbonise cities.

According to a 2016 study by the European Commission’s research centre, “efficient district heating and cooling (DHC) systems can play a key role in achieving the Energy Union’s objectives.”

One of the major benefits of these systems is that they can be fed by multiple energy sources, including traditional fossil-based ones, combined heat and power plants, and renewables like geothermal, solar thermal, heat pumps and biomass. Waste heat from data centres or industrial refrigeration warehouses can also be used as well as geothermal heat from old mines. 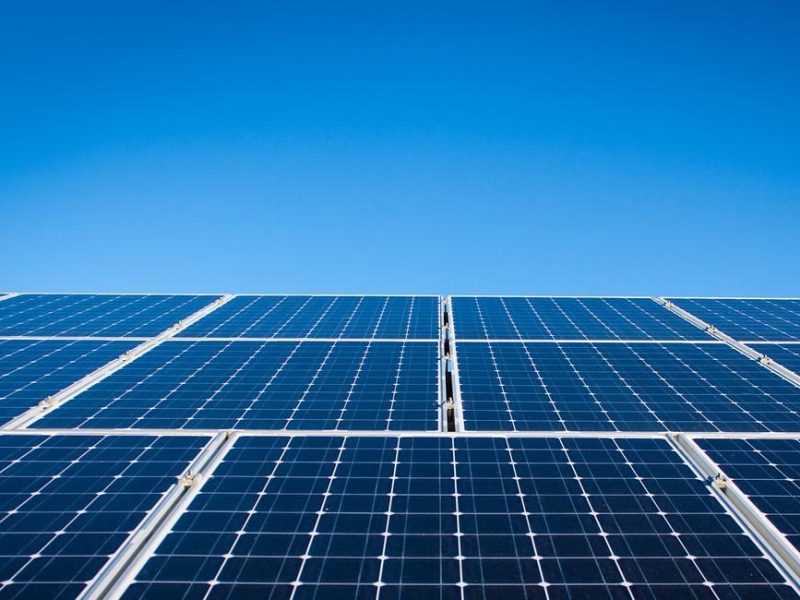 However, there have been few mentions of district heating and geothermal energy in the EU’s plan to increase its energy independence.

For instance, district heating is only mentioned briefly in the REPowerEU communication, published in March, which reads: “The accelerated market deployment of heat pumps will require rapid upscaling of the entire supply chain and be accompanied by measures to boost building renovation and district heating system modernisation.”

Geothermal is mentioned only once in an update of the EU’s renewable energy directive expected next Wednesday – to mention a possible “conflict in public goods” when it comes to permitting, land use or the protection of water bodies and biodiversity.

Meanwhile, geothermal gets a fleeting mention in a leaked draft of the EU’s solar strategy, also expected on Wednesday. “To reach the EU 2030 targets, energy demand covered by solar heat and geothermal should at least triple,” it reads.

The leak also mentions solar as part of a large-scale skills partnership for onshore renewable energies, which also includes geothermal and heat pumps.

Overall, though, heating is barely mentioned in the EU’s plans, said Sanjeev Kumar from the European Geothermal Energy Council. According to him, this is a major oversight given that the winter energy crisis was primarily a heating crisis.

Alongside the lack of focus on heating, he slammed the emphasis on finding alternative gas supplies rather than cutting down on demand in Europe through energy efficiency programmes, like building renovation.

At the local level, the war in Ukraine and the energy crisis have created “a stampede towards district heating in some countries,” Beauvais told EURACTIV, quoting one of Euroheat and Power’s members.

For instance, Denmark announced in April that it planned to switch around half of its fossil-gas dependent households to district heating by 2028. And, in Poland, there are already 16,500,000 citizens using district heating and cooling, said Beauvais.

While much of this is currently fossil-based, it would make sense to use and expand this existing infrastructure – rather than build everything from scratch – to develop a decarbonised heating system, she said, adding that a similar switch to clean fuels could easily be done in Bulgaria and Hungary.

Some EU countries are also looking to geothermal. Slovakia has already doubled down on geothermal projects in response to the war in Ukraine and, in March, energy commissioner Kadri Simson called for Europe to harness its geothermal potential.

Geothermal is one of the most obvious feeds for district heating systems because it is a renewable energy source, based primarily on heat. It also has the benefit that, once the system is set up, it becomes a local, stable source of energy.

There are already many district heating systems across Europe that could be switched straight from fossil-based fuel to geothermal with only minor changes to the infrastructure.

Countries in central and eastern Europe, particularly Hungary, have huge geothermal potential because of their geography. More geothermal would help Hungary break away from Russia, said Sándor Rónai, a Hungarian MEP from the Socialists and Democrats.

“In Hungary, many, many homes are heated by natural gas, so if we swap to geothermal heating, we will need less gas,” he told EURACTIV. 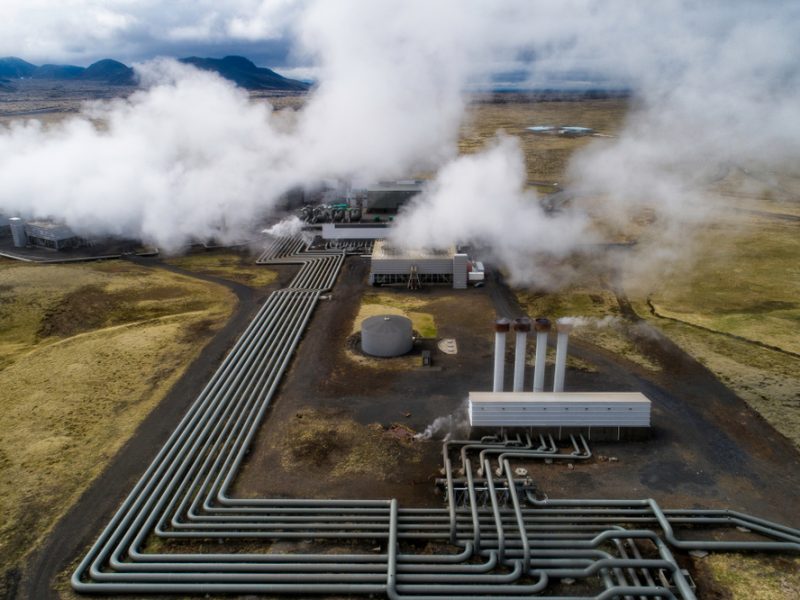 Efforts to lower dependence on Russian energy is speeding up local geothermal projects in Slovakia that had been gaining traction before the invasion of Ukraine.

According to Kumar and Beauvais, more needs to be done on the EU level to promote geothermal and district heating and cooling.

“Heating is half of the energy demand and it’s kind of the poor relation of the European energy and climate policies, so we really need to tackle this,” said Beauvais, adding that Euroheat and Power’s aim for the next EU mandate is to get a renewed heating and cooling strategy.

“I link cooling to that because years are getting hotter and hotter and so the cooling needs are also going to be immense in the future,” she explained.

Kumar also warned that cooling will be increasingly relevant and that policymakers will need to find ways to cool cities without overwhelming electricity grids.

However, he would only welcome a heating and cooling strategy if it focused solely on renewables and excluded fossil gas plants, like combined heat and power plants.

His industry is calling for its own geothermal strategy. In a letter to the European Commission in April, members of the industry wrote: “Both the International Energy Agency and ADEME – the French energy agency – found it to be the most cost-effective solution for heating wherever it is used. Yet it remains underdeveloped and often out of sight for EU policymakers.”

Kumar also called for more support for geothermal projects at the local level, including a mandate for distribution system operators to look into renewable heating options and for local authorities to map the rollout of renewable heating and cooling.

Alongside this, both Kumar and Beauvais support the introduction of a carbon price on heating fuels, even though the proposal is resisted by many lawmakers and EU governments who fear this will push up energy prices for households.

“We need to have carbon pricing otherwise sustainable district heating and cooling is at a disadvantage compared to other sources,” said Beauvais.

“If you want to replace all the individual gas boilers that we have progressively, you need to have some kind of level playing field in the building sector,” she added, saying there is a discrepancy between more efficient gas uses, like combined heat and power plants, which are subject to a carbon price, and gas boilers which are not.

The European Commission refused to respond to EURACTIV’s request for comment, citing the upcoming publication of the REPowerEU proposals on Wednesday. 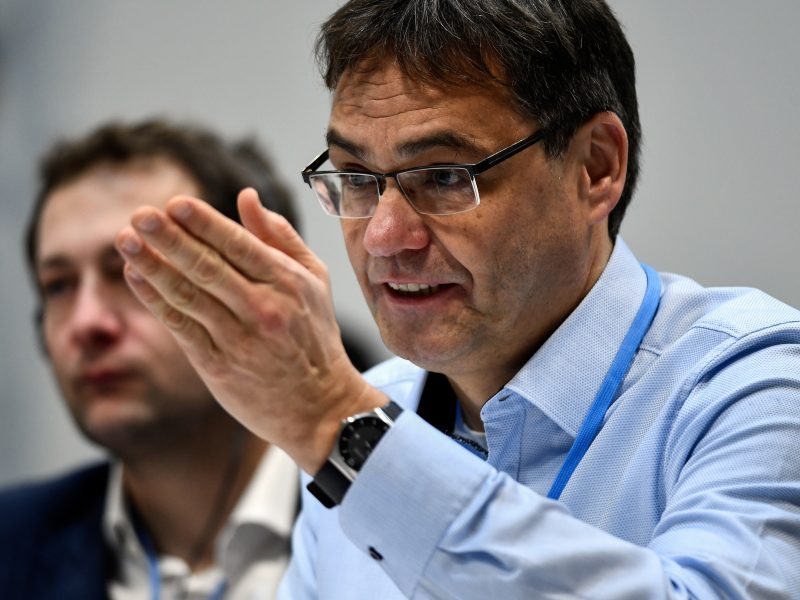 European Union lawmakers have reached an initial agreement on reforms to the EU carbon market as they prepare to negotiate an overhaul of the bloc’s core policy for reducing planet-warming emissions.