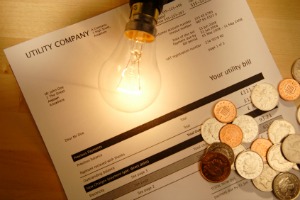 After decreasing steadily for years, household electricity consumption in 2010 reached its highest level in two decades, says a report by the European Commission.

Between 2005 and 2009, overall residential energy consumption in the EU member states fell after years of growing rapidly, reaching a peak of 1,192,536 kilotons in 2005.

Between 2008 and 2009 total final energy consumption decreased by as much as 5.2% in the residential sector.

But now, according to the Energy Efficiency Status Report 2012 by the EU Commission's Joint Research Centre, the figure is on the rise again. Between 2009 and 2010 residential energy consumption increased by 3.6%.

Household consumption accounted for 26.7% of total final energy usage in 2010 in the EU. Only the transport sector took a bigger share of the total (31.7%).

The industry and the services sectors are both smaller in terms of final energy consumption with a share of 25.3% and 13.2% respectively. The residential sector therefore plays an important role in energy efficiency programmes and policies, the Commission says.

Data indicates that Finland has the highest residential energy consumption per capita and Malta the lowest.

The three countries with the highest consumption per capita – Finland, Luxembourg and Denmark – also have above average GDP per capita.

Uncertain cause of the rise

The authors of the report say the the increase in energy consumption could be related to weather conditions as the winter of 2009/10 was unusually cold in Europe. However, other elements have to be taken into consideration such as a growing population and economic factors, the report says.

To reverse the upward trend, she said BASF supports energy efficiency targets in all sectors, based on their respective economic potential.

The EU's Energy Efficiency Directive, which was adopted in October, will have positive effects for the building sector, she said.

"But we are concerned about the absolute cap on energy consumption set by the Energy Efficiency Directive. A cap is not an appropriate measure as it may limit energy supply and increase regional production costs", she said.

"Restrictions of absolute energy use set unnecessary barriers to growth in the EU which needs to recover to overcome the current crisis."

The European Union put down the last piece of the bloc's 2020 climate and energy policy puzzle by adopting an Energy Efficiency Directive. The directive is a game-changer for energy companies, which are now required to achieve 1.5% energy savings every year among their final clients.

The EU law is also expected to trigger the largest revamp of Europe's existing building stock to date and set new standards for public procurement and energy audits.

The Energy Efficiency Directive, agreed in October 2012, came as a belated follow up to the EU's climate and energy package of legislation, which included legally-binding targets on renewables and CO2 emissions reduction for 2020.

The package, finalised in 2008, also included an objective to reduce energy consumption by 20% by the same date.

But, unlike the first two, the efficiency target was not translated into binding legislation, leading to slippage in meeting the objective.

The Energy Efficiency Directive aims to bridge this gap. It does not introduce binding targets at national level, but "binding measures" such as an obligation to renovate public buildings and other initiatives.