Fleets of hydrogen taxis are picking up across Europe 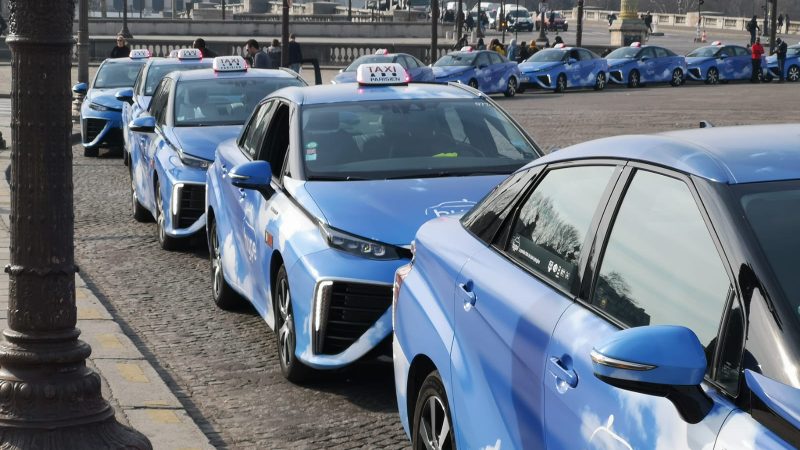 France has recently moved towards creating a framework that favours the development of low-emission vehicles. [Hype]

Europe’s market for hydrogen-powered taxis is becoming increasingly competitive, with French company Hype, which has developed them in Paris since 2015, being among the frontrunners. EURACTIV France reports.

About one-third (31%) of greenhouse gas emissions in France emanated from the transport sector in 2019. The government has already announced that it aims to reduce this figure, in particular, by promoting low-carbon hydrogen in the transport sector.

Apart from heavy-duty transport, one of the most promising avenues is that of vehicle fleets, starting with taxis.

In 2015, Gardies launched his business in Paris, developing a fleet of taxis powered by a hydrogen-powered fuel cell. Performance-wise, these taxis can compete with combustion engines as they can go 500-700 kilometres before needing a refill, which takes only five minutes.

The CEO also installed a refill station in Paris that offers so-called “blue hydrogen”, meaning its manufacture emits CO2, which is captured, stored and reused. Today, “all production capacities in which we invest are green hydrogen production” generated by electrolysis of water from renewable energy, Gardies added.

In the Ile-de-France region, by June 2023, Hype hopes to order a dozen stations from its partners, with a capacity of one tonne per day of locally produced green hydrogen. As for the taxi fleet, it should exceed 700 hydrogen vehicles by 2022.

A station every 150 kilometres

On top of adopting a national strategy for decarbonised hydrogen, France recently passed a law making it mandatory to renew fleets of more than 100 units with a quota of low-emission vehicles. This equates to 10% of the fleet by 2025 and 35% by 2029 – whether electric or hydrogen. Taxi and chauffeur-driven vehicles are particularly targeted.

At the EU level, the proposed regulation on the deployment of alternative fuel infrastructure includes the creation of hydrogen filling stations every 150 kilometres by 2025 on major roads.

These legislative incentives encourage hydrogen taxi fleet projects, which are spreading across Europe. The Clean Hydrogen Partnership, which gathers the European Commission, the fuel cell and hydrogen industries and a community of researchers, for example, has launched several initiatives like Zefer – a project to deploy 180 fuel cell electric vehicles in Paris, London and Copenhagen.

“Hydrogen is the ideal fuel for taxis because of the long-range, intensive use and short recharging time,” Clean Hydrogen Partnership CEO Bart Biebuyck has said.

Other hydrogen taxi fleets have launched across Europe.

Green Tomato Cars, which operates a fleet of 50 vehicles in London, and Drivr, which runs a fleet of 100 hydrogen taxis in Copenhagen, are examples cited by Lionel Boillot, project manager at the Clean Hydrogen Partnership.

According to him, these projects are successful because of the “concomitance between the deployment of the hydrogen infrastructure and the vehicles.” 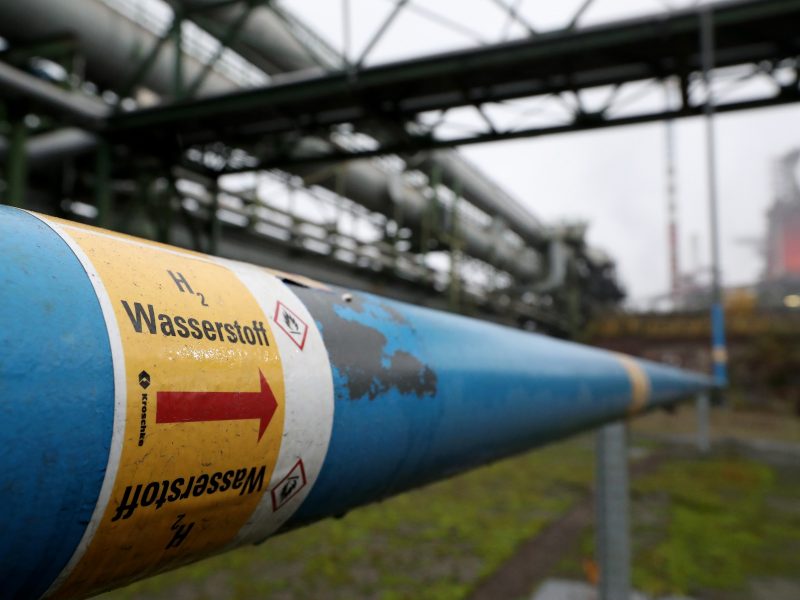 Lagging behind on production

However, a possible boom in hydrogen taxi projects and fleets could be hampered by some obstacles including bureacracy.

“The time required for agreements, especially for the infrastructure of hydrogen refuelling stations, can sometimes take up to two years. This varies greatly from country to country and is a huge delay to deployment,” said Boillot.

In the hope of overcoming this obstacle, the Clean Hydrogen Partnership has already drawn up a list of recommendations to standardise procedures.

Another issue is a lack of vehicles as only a few car manufacturers have ventured into the hydrogen “passenger” car niche.

For example, Hype currently relies on Toyota and its Mirai model. But other care manufacturers like Hyundai, Stellantis and Renault have only built a few hundred such cars each year.

Large car manufacturers instead focus on electric vehicles as they are most popular with the public. For example, Renault, Peugeot, Fiat and Ford are aiming to go fully electric by 2030, while Volkswagen plans to convert its entire production to electric cars by 2035.

“The supply is particularly limited,” according to Philippe Boucly, the France Hydrogène association president. Stellantis, for example, only manufactures 1,000 to 2,000 hydrogen cars per year, he added.

According to Boucly, another obstacle is the very high purchase price of such vehicles, making them challenging to commercialise.

“There is a minimum critical mass that manufacturers need to have in order to bring prices down (…), and it is this increase in power that we are currently struggling with,” he added.

Regardless of such obstacles, Hype plans to have 10,000 vehicles in the Ile-de-France region by 2024.

The company also wants to deploy a hydrogen distribution network of at least 20 one-ton/day stations and six smaller capacity stations fuelled by locally produced green hydrogen. The stations will be open to all uses, including commercial and logistical.

The year 2024 was not chosen at random as Gardies is banking heavily on Paris’s “Olympic Games” effect. “Sports events are the only events around which we manage to align politicians and industrialists,” he said.

Bolstered by the event’s visibility, the CEO hopes to establish in about fifteen cities in France and abroad by 2025, with 40,000 vehicles used as taxis and nearly 100 one-ton/day stations. Italy, Spain and Portugal are also part of the company’s EU expansion strategy.

But Hype is not the only player in the light hydrogen vehicle market.

For 2021-2027, the EU is supporting the Clean Hydrogen Partnership with €1 billion to accelerate the development of clean hydrogen applications, including taxis. 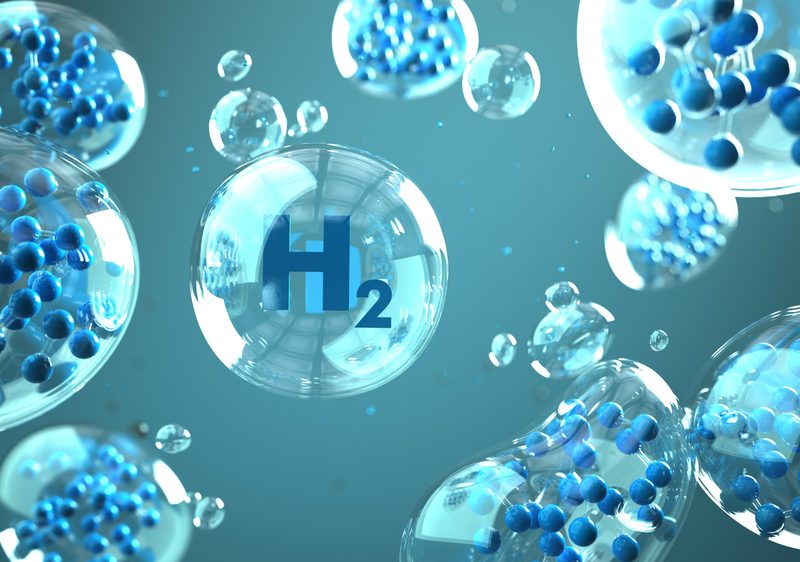 France’s EDF Group has launched a hydrogen plan to develop three gigawatts of electrolytic hydrogen worldwide in an effort to further diversify its activities, the group said on Wednesday (13 April). EURACTIV France reports.