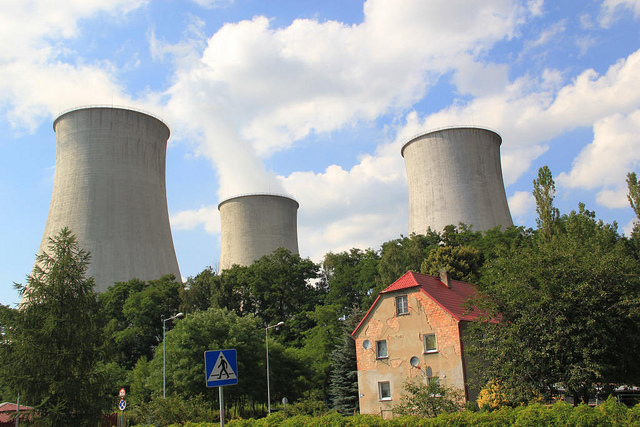 A top IEA official told EURACTIV that there should be a halt to the commissioning of sub-critical coal plants with no potential for retroactive fitting of carbon, capture and storage technology (CCS) that may one day pipe CO2 emissions for storage in geological formations.

The Energy Technology Perspectives (ETP) 2014 study finds that the $44 trillion of clean energy investment needed by 2050 to prevent planetary over-heating, compared to $36 trillion in the previous ETP analysis

“Progress is not coming as fast as it needs to,” Jean-François Gagné, the head of the IEA’s energy technology division told EURACTIV. “We’re currently taking decisions that are preventing us from – or at least making it much more difficult to – ensure a low carbon, secure and economic energy system.”

Top of these decisions has been a massive expansion in coal use since 2010, greater than the rise in all non-fossil fuel sources combined. Some 60% of the new coal capacity has been ‘sub-critical’, the least efficient class of commercially available coal-fired generation technology.

The report predicts that if coal and CO2 prices stay low, unabated coal plants will be sufficiently flexible to remain profitable.

“We need to stop developing coal plants the way we have been doing in the last decade,” Gagné said. “The benefit we get from renewables is overshadowed by new coal use and it is even more alarming that a lot of the coal plants being built are not to the highest standards because of uncertainties associated with electricity prices.”

“When coal needs to be part of the energy mix, then the power plants should be built to the highest efficiency standards possible, to make it easier to retrofit CCS in the long term,” he added.

Poland, which has yet to transpose the EU’s CCS Directive, is currently embroiled in a dispute with environmentalists over its massive twin Opole coal plants, concerning the nature of its CCS-preparedness.

The IEA’s experts predict that CCS will start to play ‘a real role’ in the EU’s energy system by around 2030 but only if investments are made in the technology now.

According to the new IEA paper, which Gagné oversaw, the $44 trillion of clean energy investment needed by mid-century represents a small portion of global GDP and would be more than offset by the $115 trillion in fuel savings it would bring in tow.

This is especially so as the costs of making a clean energy transition in the teeth of a warming planet will be steep, incremental and subject to unpredictable change.

“The longer we wait, the more expensive it becomes to transform our energy system,” the paper says.

The new report outlines three scenarios involving global warming of 2 degrees, 4 degrees and 6 degrees, indicating how the world’s energy system might be affected by each.

Underlying this analysis is an estimate by the agency – which employs the world’s most respected energy economists – that the window for a 2 degrees-warmed world will close at the end of 2016, due to the fossil fuel investments which will have been locked into future systems by then.

Gagné was quick to point out that this did not mean that a dangerously unstable future climate would then become inevitable. “It just means that once the window of opportunity is closed in terms of current infrastructure, that the discussions will have to look at retiring existing infrastructure early, and the cost of that,” he said.

Current carbon pricing schemes lack the strength, stability and credibility to inspire investor belief, the IEA says, leading to the perceived risk associated with carbon profligacy to be discounted.

But the agency expects electricity use to continue an expansion that has seen its share of energy demand almost double in the last four decades.

“Electricity will play a defining role in first half of coming century as the source of energy to power economic growth and sustainable access for all,” Gagné said. “Our statement that the share of electricity in the system will increase under all scenarios is true.”

This would happen even without decarbonisation, he added.

However, decarbonisation moves could be obstructed by trends to regional policy fragmentation, such as the withdrawal of EU states from the Union or looser energy integration at the continental level.

“One key hurdle to the gains we want to see is the unavailability of a global carbon agreement, so the more fragmentation and less integrated our approach, the more difficult it becomes to bring solutions together,” Gagné said.

Global clean energy investment in the first quarter of last year fell to its lowest level in four years, driven by cuts in tax incentives at a time of austerity, according to Bloomberg New Energy Finance.

The IEA said that coal-fired generation grew by 45 percent between 2000 and 2010, far outpacing the 25% growth in non-fossil fuel generation over the same period.

A revolution in shale gas technology has triggered a switch from coal to cleaner natural gas in the United States. Much US coal however has simply been exported elsewhere. Coal use has soared around the world, particularly in Europe, where its share of the power generation mix has increased at the expense of gas.

0 responses to “IEA: Coal use is spiking climate mitigation costs”