IEA: Most technologies needed to achieve net-zero aren’t yet mature 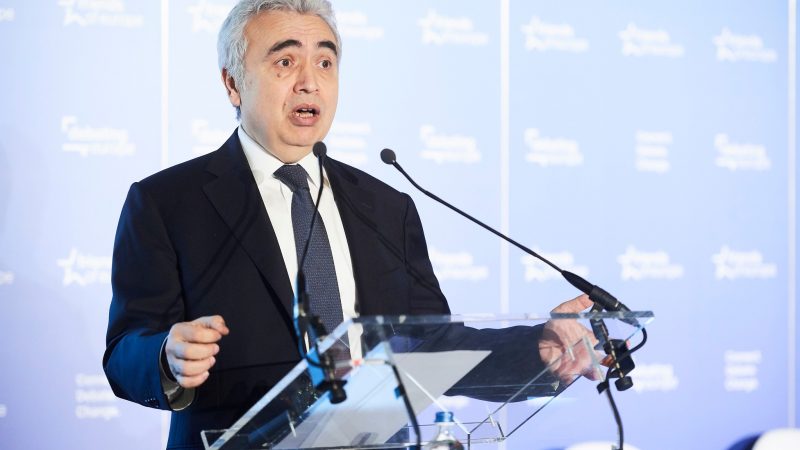 Some 75% of the emissions reductions necessary to meet net-zero emissions are dependent on technologies which have not yet reached commercial maturity, new analysis from the International Energy Agency (IEA) has found. EURACTIV’s media partner, edie.net, reports.

The Agency’s clean energy innovation report warns that net-zero targets, which now cover half of GDP globally, will not be met without “major acceleration” of innovation in four key areas – electrifying heat and transport; carbon capture, use and storage (CCUS); green hydrogen and bioenergy.

Just 25% of the emission cuts needed to meet net-zero between 2050 and 2070 are likely to result from mature technologies such as wind generation, nuclear power, solar power and energy-efficiency measures, the report states.

The IEA believes that the majority of the remaining emissions (41%) will need to be addressed using technologies currently in the early adoption phase, while technologies in the prototype and demonstration stages could tackle the final 32% of emissions. As such, the body is calling for “urgent efforts to accelerate innovation”.

The IEA cites lithium-ion batteries and LED lighting as technologies which rapidly accelerated from the early adoption phase to mass-market scale and, latterly, maturity. “These examples must be benchmarks for building the array of energy technologies to get to net-zero emissions,” the report urges, noting that assistance from both business and policy helped these technologies to transition from prototype to maturity in under 30 years.

The report does acknowledge that much information around the costs and delivery timelines of certain innovations remains to be seen. However, it concludes that the provision of further policy certainty could significantly reduce these barriers and bring about a “faster innovation” scenario.

In such a scenario, almost half of the additional emissions reductions which would be achieved by mid-century, compared to a “business-as-usual” trajectory, would be delivered through technologies which are not yet on the mass market. Some 90 bioenergy plants with co-located CCS arrays would come online every year, alongside two new steel plants powered using green or blue hydrogen.

The IEA makes five key recommendations for policymakers wishing to make this scenario a reality:

The body would additionally like to see investment cycle considerations underpinned by net-zero considerations, to ensure that finance is not contributing to “locking in” emissions. Sectors such as steel, cement and rail have refurbishment cycles spanning 25 years, meaning that decisions made within the next decade will continue impacting emissions into the 2050s.

This last recommendation has been made time and again by economists, local authorities and NGOs – particularly since the Coronavirus was declared a pandemic. Most missives centred around the green recovery urge full investment life-cycles to be considered, given that major infrastructure projects have long working lifespans.

Moreover, the UK’s Committee on Climate Change has repeatedly stated that technologies such as CCUS and hydrogen are “not optional” if net-zero is to be met. Energy Systems Catapult is similarly calling for “unprecedented innovation” to spur decarbonisation, particularly in the hydrogen and agri-food spheres.

However, some green groups and scientists have warned that policymakers have, in recent times, become over-reliant on technologies which are not yet mature.

The UK’s Conservative Party has faced criticism for its focus on nuclear fusion and biomass in its net-zero strategizing, given that the former is not expected to reach maturity until the 2040s and that the latter has been linked to deforestation and food system risks. It recently U-turned on previous policy measures which stunted the expansion of mature technologies like onshore wind and solar PV.