For the first time, the International Energy Agency (IEA) has set out what would need to happen this decade to reach net zero emissions globally by 2050. EURACTIV’s media partner, Climate Home News, reports.

In its World Energy Outlook (WEO) report published on Tuesday, the IEA said global emissions must fall by 40% by 2030 on the path to 2050 carbon neutrality.

This would involve large scale investment in renewables and electric cars, behaviour change and innovation in new technologies like hydrogen.

Noting that the coronavirus pandemic had created “huge near-term uncertainty about the future of energy”, IEA chief Fatih Birol urged decision makers to invest in a clean recovery path.

“Despite a record drop in global emissions this year, the world is far from doing enough to put them into decisive decline,” said Birol in a statement. “Only faster structural changes to the way we produce and consume energy can break the emissions trend for good.

“Governments have the capacity and the responsibility to take decisive actions to accelerate clean energy transitions and put the world on a path to reaching our climate goals, including net-zero emissions.” 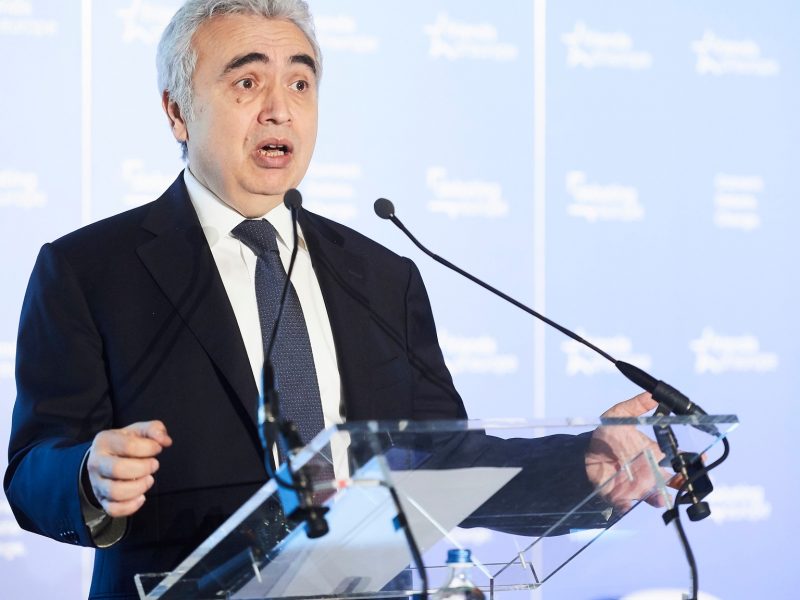 IEA: Most technologies needed to achieve net-zero aren't yet mature

Some 75% of the emissions reductions necessary to meet net-zero emissions are dependent on technologies which have not yet reached commercial maturity, new analysis from the International Energy Agency (IEA) has found. EURACTIV’s media partner, edie.net, reports.

Under the net zero scenario, coal use plummets to provide only 6% of the world’s electricity by 2030, unless fitted with carbon capture and storage technology. By the end of the decade, 500 GW of solar power capacity is added each year. In 2019, 110 GW was built and the world’s biggest solar farm is 2.2 GW.

A third to a half of homes should be retro-fitted to save energy and more than half of passenger cars should be electric in 2030 on a path to carbon neutrality.

The report said that governments, not individuals, are most responsible for action. But it said individual changes like flying and driving less would be an “integral part” of reaching net zero.

Used by governments and companies to inform their energy investments, the WEO has been criticised for repeatedly underestimating renewable energy sources. At the same time it has overestimated carbon capture and storage, a technology that allows for fossil fuels to play a continued role in a low carbon energy mix.

In recent years the tone has shifted. The latest outlook foresees solar breaking new deployment records every year from 2022, with Birol describing it as “the new king of the world’s electricity market”.

The IEA decided to model net zero by 2050 after several countries unilaterally committed to the target. They include the UK, France, Canada, Chile, South Africa and South Korea.

The report stressed the world reaching net zero by 2050 was a very ambitious target. “A large number of unparalleled changes across all parts of the energy sector would need to be realised simultaneously, at a time when the world is trying to recover from the Covid-19 pandemic,” the report said.

Even the changes needed to reach net zero by 2070 are “far greater than many realise”, it added. 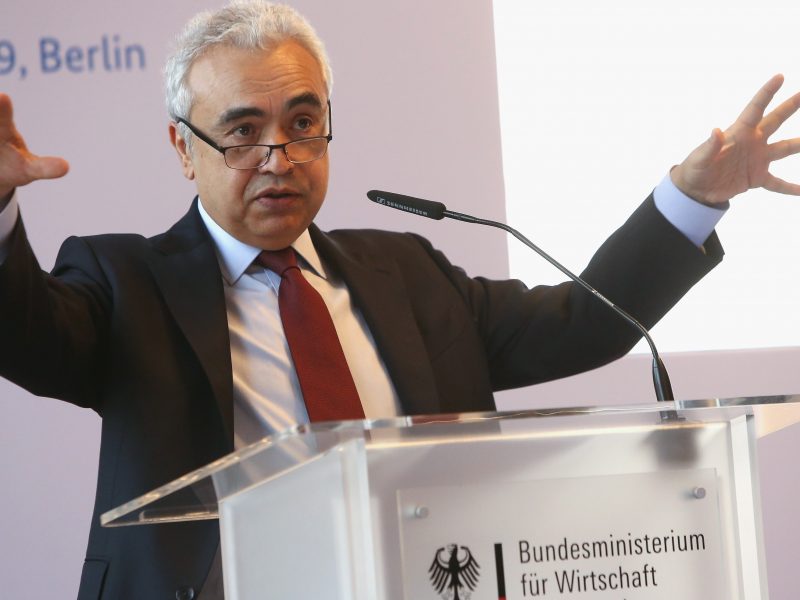 The IEA chose net zero as the focus rather than 1.5C, the toughest global warming target in the Paris Agreement, seen as essential to the survival of some small island states. Even if no more fossil fuel infrastructure were built, continuing to run existing plants would lead to warming of 1.65C above pre-industrial levels, the report said.

The pandemic’s impact on the economy has meant that global energy-related CO2 emissions were down this year by 7%. This 2.4GT reduction is about the same as the annual CO2 emissions of India.

Demand for more polluting fuels fell fastest while demand for renewables rose. Demand for oil fell by 8%, use of coal fell by 7% and gas was down by 3% while the use of renewables increased slightly.

The pandemic has made forecasting economic growth, and therefore energy demand, more difficult. This has created uncertainty among energy investors.

For example, economic uncertainty “raises questions about the future prospects of the record amount of new liquified natural gas export facilities approved in 2019”, the report said.

Campaigners endorsed calls for a green recovery. Christian Aid’s Kat Kramer said: ““It is clear that we are entering the age of renewables. The falling costs, ease of deployment and benefit for the climate all make them far superior to the polluting fossil fuels of the past.”

However, she warned: “Although the death knell is rightfully sounding for the fossil fuel industry, it’s not yet clear whether the transition to a zero-carbon economy will come fast enough to prevent the most destructive impacts of the climate crisis.”

Jess Ralston, from London-based think-tank the Energy and Climate Intelligence Unit, said: “This is yet another clear signal that the energy transition is already underway. Tying rock-bottom renewable energy costs with the political will to ‘build back better’ provides an unbeatable opportunity for the world to cut down on currently-projected levels of dangerous global warming.”

*Note: This article is reproduced with kind permission from Climate Home News. The original piece is accessible here.