The IEA’s New Policy Scenario, which is used as the main reference by the Paris-based international agency in its annual World Energy Outlook, implies burning an amount of fossil fuels that is incompatible with the 2°C warming target set out in Paris, according to the report by Oil Change International and the Institute for Energy Economics and Financial Analysis (IEEFA).

Under the IEA’s baseline scenario, the maximum amount of CO2 that humanity can afford to spew out in order to keep global warming within 1.5°C would be exceeded as early as 2022, according to the study. For 2°C, the so-called carbon budget would be exceeded in 2034.

In fact, the IEA’s New Policy Scenario would lead to warming of 2.7 to 3.3°C, says the report, called “Off Track”.

Even the IEA’s more ambitious Sustainable Development Scenario is inconsistent with the Paris goals, the study claims, saying the planet’s “carbon budget” would be exhausted as early as 2023 under a 1.5°C target and by 2040 under a 2°C objective.

Initially drawn up in 2009 as an indicator to avoid dangerous climate change, the Sustainable Development Scenario was not substantially modified since the Paris Agreement despite a 2017 update, the authors say. It is “a poor guide to policymaking, as it does not reflect governments’ climate goals,” they write.

The IEA rejected the criticism, telling EURACTIV in e-mailed comments that “Any suggestion that the IEA’s Sustainable Development Scenario is not aligned with the Paris goals is incorrect.”

However, it acknowledged that its reference scenario was insufficient to meet global climate objectives.

“The clear message from the New Policies Scenario is that current and announced policies, including Nationally Determined Contributions under the Paris Agreement, result in emissions reductions that are ‘far from enough to avoid severe impacts of climate change’ and will very quickly use up the global carbon budget.”

Continued investments in oil and gas

The Paris-based organisation also added that meeting the Paris goals “includes investment in oil and gas production and infrastructure in order to ensure continued economic stability and energy security that are needed for a successful energy transition”.

While renewables and nuclear play an increasing part in all scenarios, natural gas “continues to play an important role in meeting growth in power generation,” the IEA pointed out, saying natural gas emissions could in some cases be tamed by carbon capture utilisation and storage (CCUS) technology.

But “oil remains critically important in sectors where few alternatives exist, specifically petrochemicals, shipping and aviation,” the IEA stressed, despite the expected rapid expansion of electric vehicles and infrastructure.

The report by Oil Change International actually documents the numerous public statements made by IEA officials in support of continued investments in oil and gas production, including in Canada’s highly-polluting tar sands, despite calls by a growing number of international bodies to stop funding fossil fuels.

The World Bank Group announced in December 2017 that it will no longer finance upstream oil and gas after 2019, in order to “align its support to countries to meet their Paris goals,” mirroring recommendations by the EU’s High-Level Group on Sustainable Finance, which urged policymakers to stop all public funding going to fossil fuels.

Overestimating the importance of fossil fuels

According to Oil Change International, between 78 and 96% of recommended investments in the IEA’s New Policy Scenario is incompatible with the Paris goals – or about $11.2 to 13.8 trillion over the 2018-2040 period.

“The IEA promotes a vision of the future where the world remains dependent on fossil fuels,” said Greg Muttitt, Research Director at Oil Change International.

“As a basis for policy and investment decisions, this is in danger of becoming a self-fulfilling prophecy,” he warned, saying all 30 of the IEA’s member countries have signed the Paris Agreement, and “should be helping them achieve climate goals, not holding them back”. 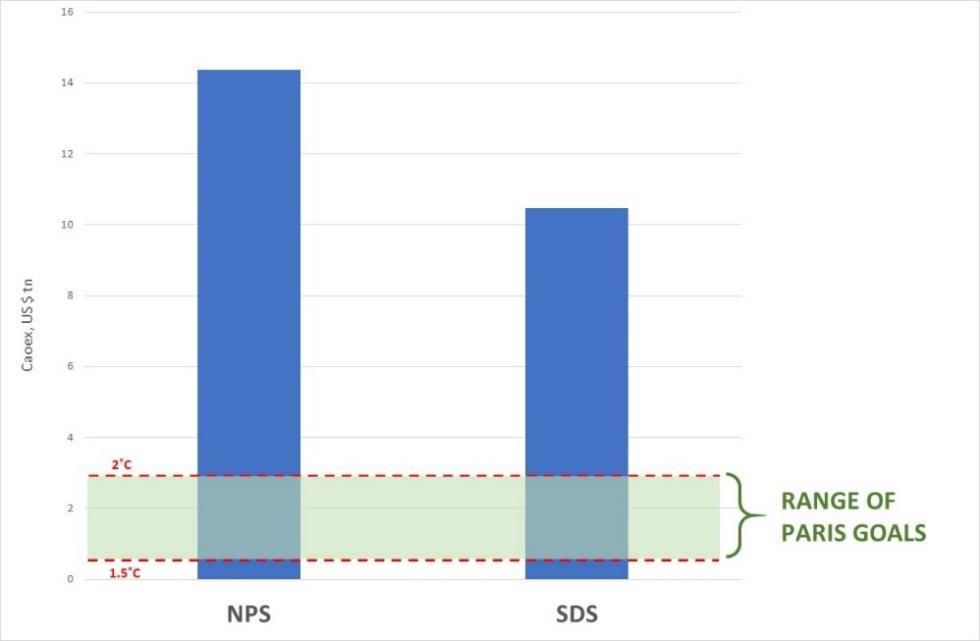 Critics say the IEA has a track record of overestimating the importance of fossil fuels in its World Energy Outlook, which comes out every year in November. The Paris-based organisation has also consistently tended to underestimate the growth of renewable energies while making optimistic assumptions about nuclear, they say.

“It is likely these scenarios are a major culprit in the global community’s failure to put a sufficiently intensive focus on renewable energy over the last ten to 20 years,” said Hans-Josef Fell, president of the Energy Watch Group, quoted by German broadcaster Deutsche Welle.

Scenarios are by definition uncertain and subject to caveats, the IEA contends, saying they should not be confused with “forecasts”. However, the effects of the IEA’s chronic underestimation of renewable energy growth might also have had implications beyond the Paris-based organisation.

In Brussels, the European Commission, the EU’s executive branch, recently admitted it was taken by surprise by the rapid fall in renewables costs and recently updated its own energy projections based on new evidence.

Oil Change International suggests this could be the explained by conflicts of interests at the IEA. “At least two of the authors of the latest World Economic Outlook (WEO) were staff on secondment from oil companies, who continued to pay their salaries while they were writing the WEO,” the NGO states in its report.

“Both were from Shell,” Muttitt told EURACTIV, saying the information was drawn from the acknowledgement page of the WEO, where dozens of energy experts are listed as contributors, including from oil companies like Schlumberger, ConocoPhillips, Statoil, Shell and Chevron.

“The IEA is not beholden to any industry or any outcome,” the agency told EURACTIV in e-mailed comments, saying its analysis “covers all fuels and all technologies in an impartial manner,” drawing from a broad range of contributors “to ensure that it presents an accurate and balanced view of the future of the energy sector”.