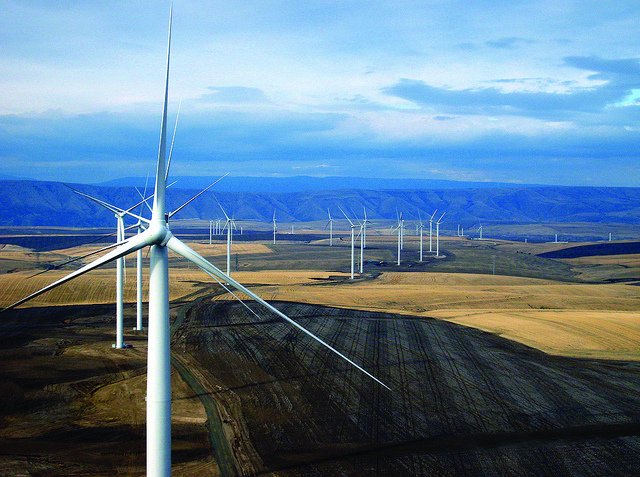 Clean energy capacity investment will still rise to $1.61 trillion by 2020. But in its first global investment outlook, the agency predicted a $20 billion drop in yearly new clean energy funding by the decade’s end to $230 billion.

Growth forecasts were lowered for all renewables, except solar PV, which should benefit from technology cost declines and rapidly scaled-up deployment in non-OECD markets.

As a result, “renewable power is increasingly at risk of falling short of global climate change objectives” the IEA says, as policy uncertainty and grid integration problems hamper its development.

While the IEA has launched similar warnings in the past, last year’s report predicted that renewable energy growth rates were broadly on track to meet climate goals.

After a decade of rapid clean energy expansion, the OECD region is now expected to enter a transitional period of slower but stable annual renewable generation capacity growth until 2020.

In Europe, the Agency sees a challenge in maintaining regulatory frameworks that offer remuneration certainty, while shifting to lower incentive schemes and integrating greater levels of variable renewables into the grid system.

Non-OECD countries will continue to drive the sector and are expected to account for about 70% of new power capacity from 2013 to 2020 thanks in part to long-term policies.

“Combined with good resources and the falling costs of some technologies… these conditions should support increasing levels of deployment with reduced financial incentives”, the report says.

In transport, the IEA notes that global biofuels output must triple and advanced biofuels need to increase 22-fold to meet climate goals by 2025. However, policy support is declining due to the need for securing sustainable feedstock sources. The industry is currently in limbo, ahead of EU adoption of a proposal on indirect land use change (ILUC) that may cap conventional biofuels use.

“Governments must distinguish more clearly between the past, present and future, as costs are falling over time. Many renewables no longer need high incentive levels. Rather, given their capital-intensive nature, renewables require a market context that assures a reasonable and predictable return for investors. This calls for a serious reflection on market design needed to achieve a more sustainable world energy mix,” said the IEA’s executive director, Maria van der Hoeven.

Thumbs up from the wind lobby

The wind energy association EWEA agreed. “Without regulatory stability, long-term plans for support mechanisms at national level and a strong commitment to a renewables target from Europe’s leaders on 2030, then investors will not get the visibility they need,” a statement from the group said.

It continued: “The technology is there and it will become cheaper but the question remains, under what conditions and at what risk. Providing certainty is key and for that we need frameworks that will give guidance not just over five years but over the next 20 years.”

Meanwhile, “a significant proportion of Europe’s current energy generation capacity is due to be phased out in the coming years,” added Imke Lübbeke, a senior policy officer for WWF Europe. “This is raising the question of what will replace it. Only a clear and stable policy framework for greenhouse gas emissions, renewables and efficiency beyond 2020 can build up investor’s confidence in clean energy investment.”

For the first time, the IEA also provided a global investment outlook for renewables power generation in the new report. Global new investment topped an estimated $250 billion in 2013 – slightly below 2012 levels – but is projected to decline to an annual average of about $230 billion by 2020.

The forecast is lower because of slowing capacity growth and lower costs for select technologies.

“Basically, IEA confirms the industry’s own assessment that the uncertainty created by the lengthy revision of EU biofuel policy has negatively impacted investments in biofuel production in Europe, whether conventional or advanced.

Biofuels have already contributed to Europe’s energy security, the decarbonisation of transport, economic growth and rural development. Advanced biofuels from agricultural waste will also play an increasingly important role by 2020 and beyond provided the EU mandates its use through the adoption of a specific binding target.

We still, however, see an opportunity to reverse the situation in Europe by getting the decision-making on ILUC finalized, and adopting ambitious targets to reduce GHG emissions and increase the share of renewables in transport by 2030.

The IEA assessment is yet another evidence this needs to be addressed in priority by policy-makers.”

The EU has set itself a legally binding goal for 2020 of reducing its CO2 emissions by 20% and increasing the share of renewables in the energy mix by the same amount, both measured against 1990 levels.

A target of a 20% increase in energy efficiency has also been set but it is not legally enforceable. The low carbon roadmap in March this year stated that if it were met, emissions cuts would automatically rise to 25%, five percentage points above the target.