Ahead of a conference of the EU Coal Regions in Transition Platform in mid-July, environmental groups from Poland and Slovakia have called attention to the selection procedure for projects that will benefit from EU funding.

“Lack of transparency and insufficient participation means that many of the projects which applied for finance under the Platform framework are coal companies, while citizens from the affected regions have been sidelined,” they complain in a briefing paper by CEE Bankwatch, a green NGO network.

The Polish region of Silesia and the Trenčín region in Slovakia were selected together with Western Macedonia in Greece as pilots for the Platform, launched by the European Commission in December last year.

In Poland, the government produced a list of 26 projects eligible for support as part of the Platform. But according to the NGOs, they were pre-selected in a non-transparent manner, without an open invitation for civil society or businesses to participate.

The idea of the EU Platform is to accelerate the process of economic diversification and technological transition in coal regions. This is supposed to be done via information exchange and bilateral dialogue about relevant EU funds, programmes and financing tools.

The whole process should therefore adhere to the standard and legally-binding EU practice of partnership principle, where public participation and inclusive consultations are required at every stage, CEE Bankwatch says.

However, most of the projects in Poland were submitted by coal or heavy industry companies, owned fully or partly by the state. “There is only one project that concerns renewable energy development,” the NGOs pointed out.

In Slovakia, on the other hand, an inclusive participatory process on the regional level was launched at the start of the year to come up with an action plan for post-coal development.

But according to CEE Bankwatch, Slovak authorities at a higher level seem to have undermined the process by promoting projects which are selected in a non-transparent, non-participatory manner. Some of them were presented by the largest coal mining company in the country, Hornonitrianske bane Prievidza (HBP). 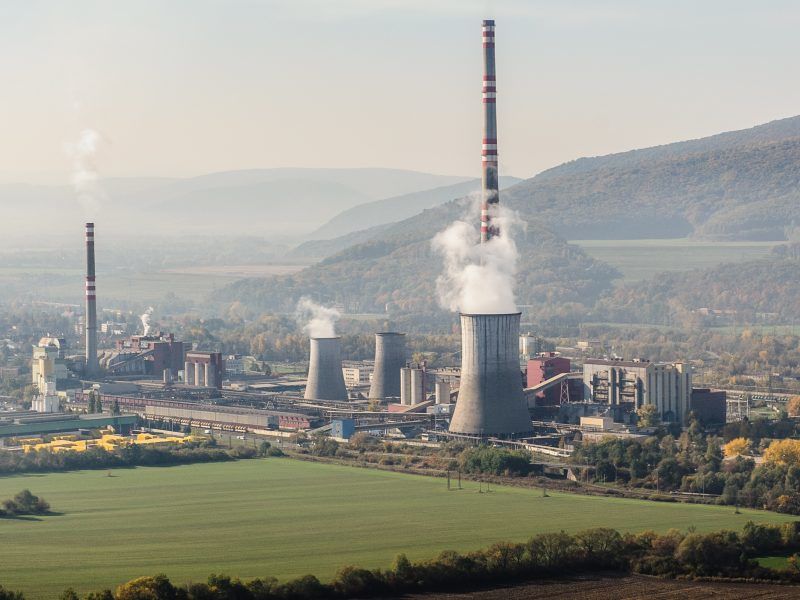 The Czech Republic is now also joining the Coal Regions Platform as a pilot country, and regional politicians, as well as NGOs, are calling for civil society and local communities to be included in the process.

“In the last years, we mostly fought over coal mining limits here in North Bohemia. Mining companies and citizen have yet to acknowledge each other as partners. But we need to cooperate and make the best of it,” says Kamila Bláhová, the mayor of Litvínov – one of the towns in Ústí Region in the north-west of the country, which is heavily affected by lignite mining.

Ústí is one of the three Czech coal mining regions, together with the neighbouring Karlovy Vary and Moravian-Silesian regions in the eastern part of the country. All of them should be included in the EU Platform under the auspices of the so-called “Restart of Regions” Programme launched by the previous government that led the country between 2014 and 2017.

The first action plan with concrete measures was adopted one year ago and another set of measures is waiting to get a green light from the new government soon. The initiative will be presented at the EU Platform’s conference in Brussels on 12-13 July.

“Our coal regions are situated at the border with neighbouring countries, so international cooperation is highly important for us,” says Gabriela Nekolová, one of the leaders of the government task force responsible for the programme.

One of the greatest benefits of the Platform is that it can influence the preparation of the next EU multiannual financial framework in favour of the disadvantaged regions affected by coal mining, Nekolová added.

No “restart” without the middle class

Local communities generally welcomed the “Restart” initiative because it provides a long-term planning and inclusive cooperation process with all those involved, which is essential for a smooth transformation.

However, better communication with the public is needed, they say.

Mayor Bláhová appreciated that NGOs have been invited to take part in the action plans preparation, which was not the case when the programme started. But citizens have complained about not getting proper feedback to their proposals submitted in a public process, she said.

The government task force already said that people will get their information after the second action plan is officially adopted, and that it was looking at ways to include the general public in the decision-making process.

According to Petr Globočník from the NGO Kořeny (“Roots”) based in Litvínov, the programme should also focus on smaller projects.

“So far it has been rather oriented on big ideas and large companies. That is also good, but without support for small enterprises and the middle class, there can be no actual ‘restart’ for the region,” Globočník told EURACTIV.cz.