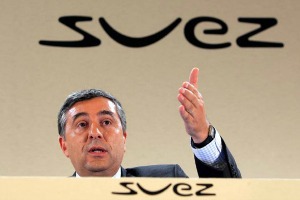 The European gas sector is in a disastrous state and without policies to boost investment, the power supply of some countries could be at risk, a top industry official said.

Europe's gas sector has been hit by low growth in demand for electricity, the renewable energy boom and competition from coal-fired plants, Jean-Francois Cirelli, president of Eurogas, which represents the industry, said in a conference speech and in an interview with Reuters on Tuesday (15 May).

Cirelli said EU gas consumption dropped 2% in 2012 after falling 10% in 2011. Half of the decrease was caused by lower gas consumption by power plants, the other half to a structural fall in final gas demand, notably the effects of energy efficiency and substitution.

"The state of affairs in the gas sector in Europe is disastrous," said Cirelli, who is also vice-chairman of French gas company GDF Suez SA.

Cirelli said gas, which represents a quarter of EU primary energy consumption and is used by 200 million citizens for heating, is no longer competitive in Europe because of the influx of cheap US coal and rock-bottom CO2 prices.

Cirelli's own company, GDF Suez, has mothballed or closed 7.3 gigawatts of power generating capacity during 2009-2013 and is set to take another 1.3 gigawatts offline, a total equivalent to the capacity of eight nuclear power plants.

As cheap shale gas displaces coal in US power plants, coal exports to Europe rose 23% last year, pushing international coal prices lower. In some EU countries, the amount of electricity generated from coal is rising at annualised rates as high as 50%, Cirelli said.

"The exports towards Europe make a mockery of the green EU policy. We reject shale gas and we import coal," he said.

He called on European leaders to use next week's EU energy summit to find ways to restore investments. He said all investment in thermal power generation had ground to a halt, with only renewable energy still attracting investors, but only because of the associated subsidies.

Energy policy will be at the top of the agenda of the 22 May EU summit.

Cirelli said Europe needs gas-fired electricity plants as they alone are flexible enough to back up intermittent power from renewables and called for an EU-wide system to guarantee backup power.

"The European market has the ingredients for a perfect storm," Cirelli said.

EU leaders will grapple with controversial issues including shale gas development and climate change mitigation at an energy summit on 22 May.

According to the draft guidelines for the summit conclusions, the EU heads of state intend to focus on boosting growth, productivity and employment to help overcome the effects of the economic crisis.

“High energy prices and costs hamper European competitiveness,” the document says. It invites discussion on how Europe could stay competitive globally and bring down energy prices at a time when Europe is facing massive investment shortfalls in energy infrastructure and generation capacity.