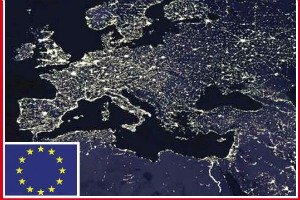 An exasperated EU energy commissioner gave his starkest warning yet that the EU's internal energy market may not meet its 2014 deadline, speaking at a Brussels conference last week.

"I have to be quite open with you," Günther Oettinger told an audience of businessmen and diplomats on 29 September. "I have some doubts as to whether the [2014] goal is achievable by that deadline."

Oettinger also announced that the European Commission would begin infringement proceedings against 18 member states which had not adopted the EU's third energy package, six months after the official deadline.

"We are very disturbed to see that there seems to be a certain amount of hesitation among all member states," Oettinger said.

"Unfortunately, the same representative, the same minister who approves a package in the [European] Council does not push the implementation of that package through," he lamented.

EU member states which have not begun to transpose legislation yet include: Bulgaria, Estonia, Spain, Cyprus, Luxembourg, the Netherlands, Romania, Slovakia, and the United Kingdom.

But an EU official later told EURACTIV that as many as 20 member states could be included in the final Brussels action.

After receiving letters of formal notice, the states will have two months to reply. If they still fail to comply, the European Commission would then be approached for a reasoned opinion against them.

"After that, the final stage is that we would go to the European Court of Justice," the official said. "We would ask the court to condemn them and request a lump sum and a penalty payment from the member states concerned." A payment could then be levied for each day of non-compliance.

"We hope we don't have to go that far," the source added but the seriousness of the Commission's intent was clear.

"We're not just playing games here," Oettinger told the conference. "This is part and parcel of our obligation as a Commission."

Rowing against the tide

The third energy liberalisation package was adopted in July 2009 to prevent the formation of energy company monopolies, by splitting their supply and production chains from transmission activities – a process dubbed "ownership unbundling" in EU jargon.

The Commission's argument was that unbundling energy production from transmission businesses – gas pipelines and electricity grids – would encourage investment in energy infrastructure.

But the private sector proved loath to take out its Mastercard during a recession.

Johannes Teyssen, chair of energy giant E.On told the conference that Europe's energy sector, like its banks, currently seemed to be "uninvestable and unattractive to any international capital".

"How important is it to have a little more infrastructure if the whole system is derailing?" he asked.

The auguries for Europe's internal energy market, a flagship liberalisation programme of the EU's energy department, were consequently dark.

In a speech replete with mixed and often despairing metaphors, Oettinger spoke of a European energy market that was at a "standstill," "taking one step forward and two back" and rowing against the tide.

"If we stop rowing then we will be dragged in the wrong direction by the current," he said.

His language, and the "naming and shaming" of tardy member states reflected frustration in Brussels at the slow pace of movement towards the 2014 goal, the EU official said.

"Time matters," he told EURACTIV. "We need investment in infrastructure to reach our targets and therefore we need a stable regulatory framework."

In a further sign of a beefing up of the EU energy department's resolve, on 27 September, the Commission raided 20 gas companies from mostly central and eastern European countries, including the Russian gas monopoly Gazprom, suspected of anti-competitive practices.

To complete the internal energy market, a third package of gas and electricity directives was adopted in 2009, including 'unbundling' guidelines requiring energy transmission networks to run independently from the production and supply side.

This latter compromise allowed former state monopolies such as GDF in France and E.ON or RWE in Germany to retain ownership of their gas grids. However, their management had to be passed to an independent subsidiary, the transmission system operator (TSO), which had "the power to independently adopt its annual investment plan and to raise money on the capital market, in particular through borrowing and capital increase".

The then-EU energy commissioner Andris Piebalgs told EURACTIV in January 2007 that he thought energy liberalisation would eventually pay off for consumers. "We know that markets bring the best prices and the best service," he said. "In the end, only prices freely determined by the market can ensure the best price for customers and give the right signal for the huge investments needed to ensure our security of supply."

But liberalisation also brought a pot pourri of co-existing regulated prices and market prices to many EU countries, creating confusion for customers and uncertainty for businesses wishing to break into national energy markets. The EU executive currently believes that monopolies still wield to much uncoordinated power.