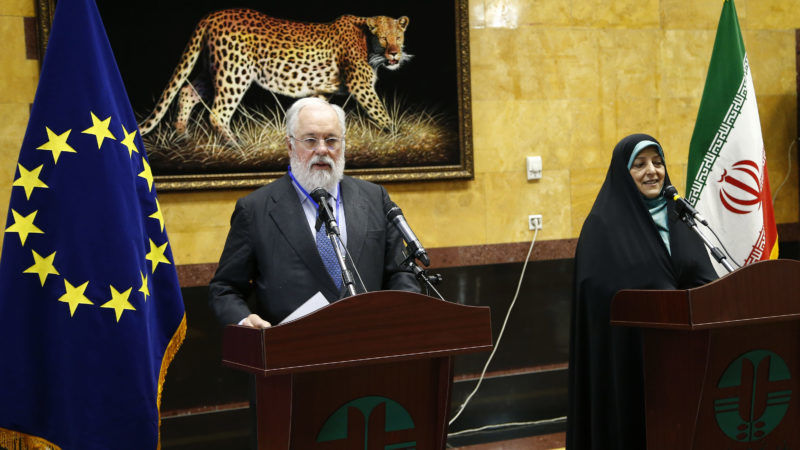 The head of the Iranian atomic energy agency (AEOI) said on Saturday (29 April) that his country will honour its commitments to the nuclear agreement regardless of who wins the presidential election on 19 May. EURACTIV Spain reports.

Ali Akbar Salehi insisted Iran would stick to the nuclear agreement, the so-called JCPOA, after meeting with European Commissioner for Energy Miguel Arias Cañete in Tehran.

Nuclear engineer Salehi, who helped broker the nuclear deal with the United States, Russia, China, France, the United Kingdom and Germany, said that Tehran would not renegotiate the agreement.

“It has been implemented over the course of the last year and things are going very well. We consider it to be in the interests of my country, the region and the international community,” he added.

The Massachusetts Institute of Technology-educated academic said he was not interested in recent statements by US President Donald Trump about reopening negotiations.

“We do not pay attention to the words but to the actions of others. We will wait and see what other do and will respond appropriately,” he explained.

Cañete acknowledged that the US has expressed its desire to carry out a “political review of Iran” and highlighted that EU foreign policy chief Federica Mogherini has repeatedly urged Iran to “completely” implement the “robust” agreement.

“We expect all the parties to respect their commitments,” the Spanish Commissioner said, adding that he is “very pleased” with the progress made so far and that the “historic nuclear agreement” was ratified 16 months ago.

In exchange for abandoning its alleged nuclear programme for military purposes, Iran is permitted to carry out a civilian-use programme instead. It must meet a number of criteria, including reducing its number of uranium enrichment centrifuges from 19,000 to 6,104 and respecting a cap on the amount of ore it can store.

Salehi also revealed that Iran is interested in joining nuclear fusion research project ITER as an associate member and that Cañete would help facilitate the process.

ITER, one of the largest scientific projects in the world, aims to reproduce the fusion reactions that take place on the surface of the sun and to demonstrate that fusion energy is scientifically possible and viable.

The Spanish Commissioner said the EU executive backs the idea of cooperation with ITER and said he would inform the member states of the proposal.

He also added that the Commission will support Iran’s participation in “the activities” of the European Atomic Energy Community (Euratom) and that the EU will grant the Islamic Republic access to the International Atomic Energy Agency convention (IAEA). 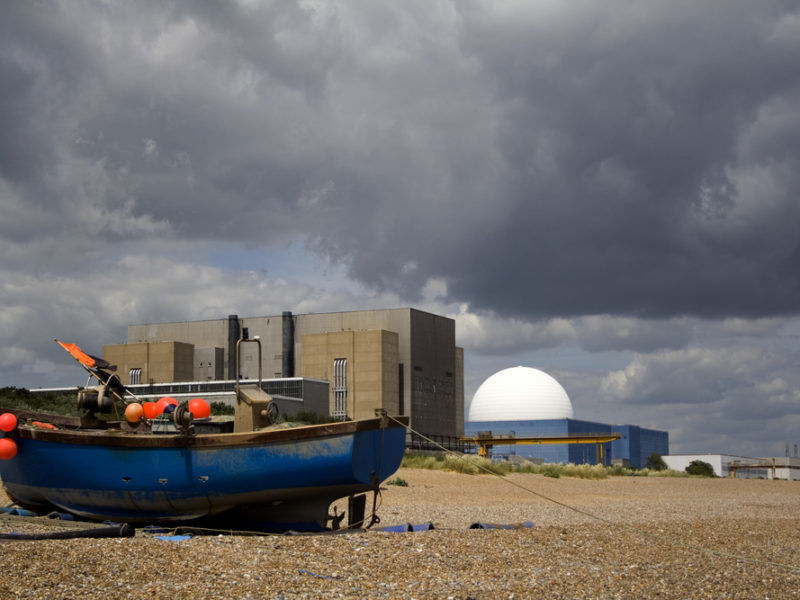 “In the field of nuclear energy, our relationship is very close. We will continue to build trust and implement the JCPOA,” Cañete insisted, adding that “it is the best way forward for the region and the rest of the world”.

Oil minister Bijan Zanganeh, who also met with the Commissioner, said on Saturday that he hopes the EU will promote access to the Iranian gas and oil markets among European companies, despite the reluctance of the US.

“I hope the European Union will support its companies’ involvement in Iran’s largest petrol and gas reserves and guarantee long-term supply, not just in Europe but across the world,” the minister told reporters during an energy forum in Tehran.

Zanganeh explained that the main obstacles facing European energy firms are “political limitations” and “pressure on their activities by the United States”.

The US may have lifted sanctions covered by the P5+1 deal but it maintains penalties in regard to its position that Tehran helps fund terrorism. The implication is that any company doing business in Iran would hit obstacles if also trading in the US.

“If they reject it, then we will find other companies,” the oil minister warned, revealing that the government of President Hassan Rouhani has increased fuel production by “300 million cubic metres of gas” under his mandate.

Zanganeh also said that Iran would maintain its current production of 3.8 million barrels per day and that it would stick to quotas agreed among the Organisation of Petroleum Exporting Countries (OPEC).

Sefcovic: Lifting of sanctions 'should be used for more business deals with Iran'

2 responses to “Iran to stay course on nuclear deal, calls for EU investment”