The European Commission confirmed on Wednesday (15 January) it had received the letter from lawyer Albena Belyanova, who has worked at the country’s Nuclear Regulatory Agency and the Bulgarian Energy Holding (BEH). She has also published the letter on her website.

It is addressed to the Commissioners for Energy (Kadri Simson), the Internal Market (Thierry Breton), the Environment (Virginius Sinkevicius) and the Executive Vice-President of the Commission, Margrethe Vesgater, who is in charge of competition.

In particular, Belyanova questions the compliance with EU competition policy of the selection procedure for a strategic investor for the construction of the Belene NPP.

The idea of having a second nuclear plant at Belene dates back to 1980. Plans for Belene were shelved after the fall of communism in 1990 and resuscitated in the new millennium. The current Prime Minister Boyko Borissov shelved the plan again in 2012 only to revive it again in 2018. 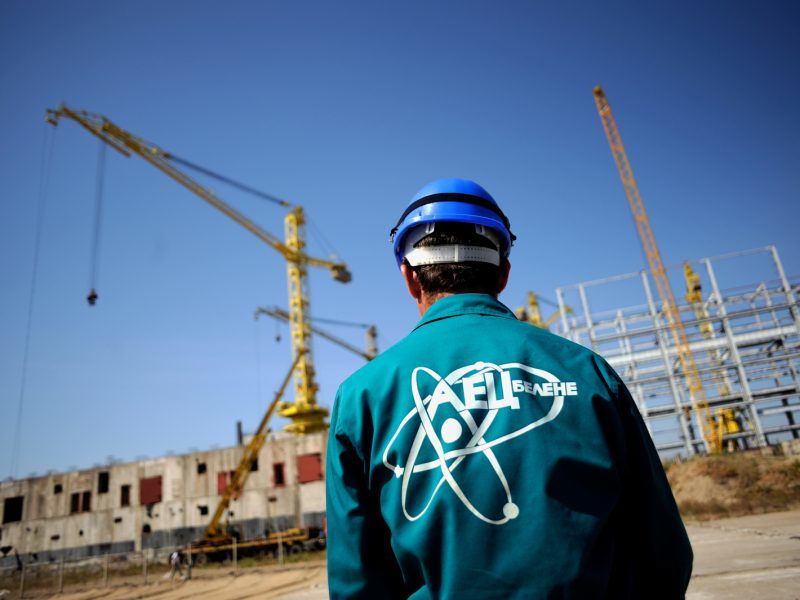 The Call for expression of interest in the project was published on 22 May 2019 in the Official Journal of the European Union.

Lawyer Belyanova says some of the conditions and criteria for participation are unclear or contradictory and do not allow for objective evaluation. Furthermore, there is no information on the requirements for evaluating the applications.

Belyanova wrote that although the procedure does not invite equipment suppliers and companies providing financial structuring services, two applications from equipment suppliers have been received. This, in her words, violates competition rules and procurement requirements for the delivery of goods and the provision of services.

According to the Bulgarian press, the French company Framatom is expected to supply the security systems with the US firm General Electric providing turbines and other equipment.

Belyanova also wrote that, despite a European Commission statement that Belene NPP requires a new notification under Articles 41-43 of the Euratom Treaty, the Bulgarian authorities have neglected this issue.

In November 2018, in response to a written question from former MEP Svetoslav Malinov, the Commission stated that it considered the Belene to have been terminated in 2012 and that its resumption required a new notification, which Bulgaria has not provided so far.

Julian Popov, a fellow of the European Climate Foundation, who has previously served as minister of environment, told EURACTIV that no serious expert would support Belene.

“The Belene project has two main problems – cost and time. It will not be able to secure production at market price or even close to market price, and it will not be ready before a significant hole appears in the Bulgarian energy system. This hole will be filled quickly by others, cleaner and significantly cheaper energy technologies,” he told EURACTIV.

Bulgarian media have also reported that candidates for funding are still being sought, with Russia, China and South Korea being invited to bid.

Krasen Stanchev, founder of the Institute for Market Economics, pointed out that, under the Euratom Treaty, the Belene NPP cannot be financed by a non-EU third party.

“The only way to build a power plant is to be owned by a Bulgarian company, or a European company, but for the latter, I do not see how anyone would become involved in such a thing,” he told EURACTIV.

But according to Stanchev, it is the choice of suppliers, rather than of investors, that does not comply with EU competition rules because there is no tender.

Asked why Bulgaria did not make a second notification, although the Commission made it clear that the old one was no longer valid, Stanchev replied:

“That means they have no intention of realising the project. They want it to open and close periodically. They see it as a scheme, not a project to come. ”

Asked if this meant that Belene NPP was a corrupt project, he replied “Yes, that’s right.”

A European Commission spokesman told EURACTIV that they would like to first respond to the letter received from lawyer Belyanova before reporting elements of the response to the press.