Italy cleaning up its act 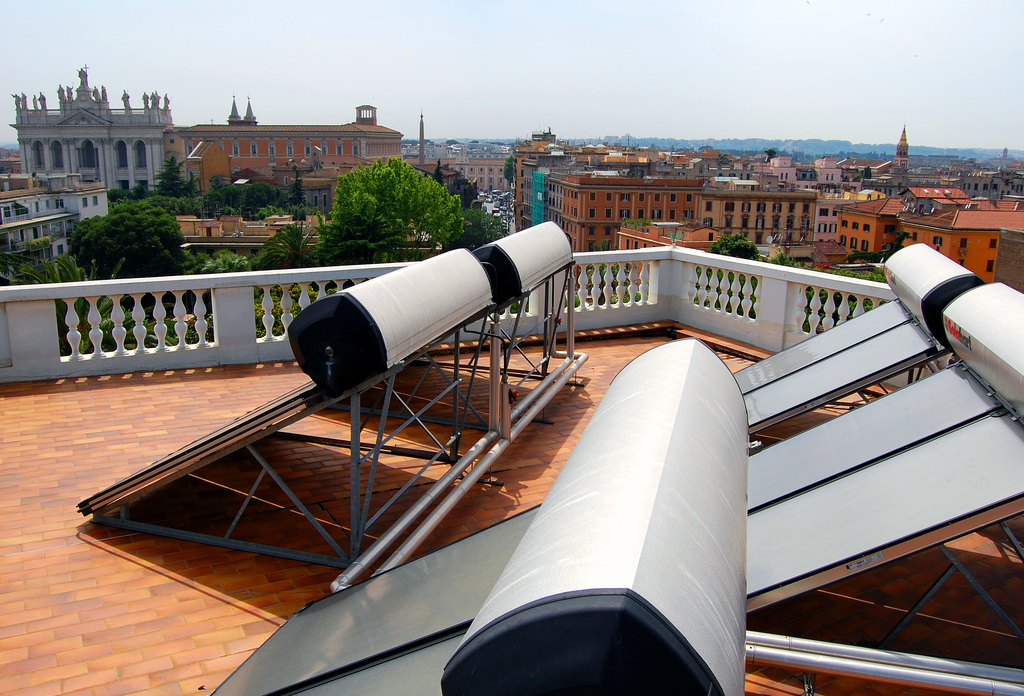 Solar energy in particular, as seen here in Rome, has been embraced to a large extent. [UK in Italy/Flickr]

Thirty-nine of Italy’s municipalities are now running on 100% renewable energy and utility bills are falling as a result. The rest of the country is also experiencing a green revolution of sorts. EURACTIV’s new partner Italia Oggi reports.

Over 850,000 renewable power plants have been set up across the Italian peninsula and it is starting to pay dividends for local communities, according to a report presented by Legambiente, an environmentalist association.

In ten years, the share of renewables has increased from 15% to 35.5% and the production model implemented by the Mediterranean nation means that clean energy is now responsible for the production of 57.1 TWh. The number of municipalities with at least one clean energy source has shot up from just 356 to 8,047 and in 2,660 of them, the amount of clean energy produced outweighs the amount consumed.

Solar energy is a particular success story. For example, the small municipality of San Bellino, near Venice, produces 71.3 MW, far exceeding the needs of its residents. In the rest of the country, 1,420 other areas also produce more than their requirements, just by harnessing the power of the sun.

The true sun worshippers are to be found in Seneghe, Sardinia, which has about 1,955 mq of solar panels for every 1,000 inhabitants, installed on its private and public buildings.

The municipality of San Lorenzo Bellizzi in southern Italy was awarded the Buona Pratica (good practice) award for its use of solar power. With just 660 inhabitants, San Lorenzo Bellizzi launched a project back in 2012 which saw land granted, free of charge, to a number of local agricultural cooperatives. They used the land for greenhouses, on which they installed solar panels that produced some 15 MW of clean energy.

The money made from the Feed-in tariff (FIT), a policy designed to accelerate the usage of renewable energy, totalled around €80,000, which was subsequently fed back into the local community.