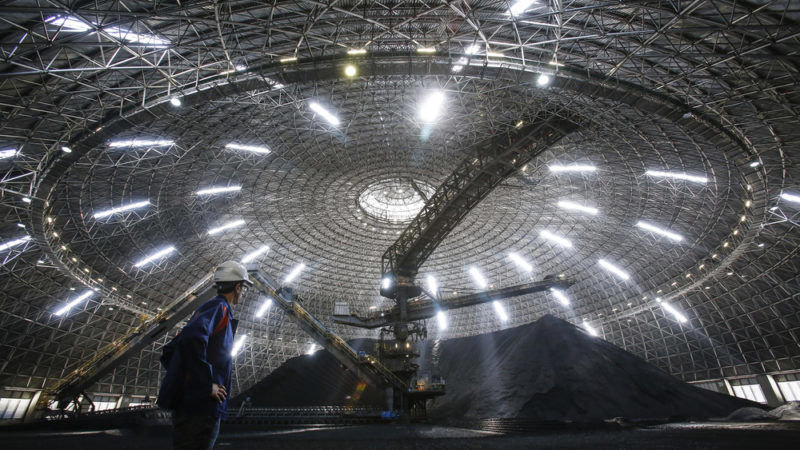 The Italian government’s decision follows similar plans made by Portugal, the Netherlands and the United Kingdom and comes just ahead of UN climate talks in Bonn.

“We have asked (grid company) Terna to identify the infrastructure needed,” Minister Carlo Calenda said in a parliamentary hearing on the new strategy.

Italy’s biggest utility Enel has already said it will not invest in new coal-fired power plants. Earlier this year in April, utility companies from 26 out of 28 EU member states (except Greece and Poland) signed up to an initiative that pledges no new coal plants from 2020 onwards.

Many EU countries are eyeing an escape from coal power, with the likes of Finland and Poland considering nuclear power as an option to replace closed capacity. Others are doubling down on renewable capacity to fill the gap.

Chris Littlecott of environmental think tank E3G welcomed Italy’s commitment and praised Rome for “joining its G7 peers in Canada, France and the UK in taking action to phase out coal”.

Italy’s new energy strategy, still under discussion, aims to reach the goal of 27% of gross overall energy consumption from renewable sources by 2030, the document showed.

The strategy, which should be approved by the government on 7 November, is also looking to speed up the introduction of vehicles powered by alternative fuels and aims to raise the number of electric charging stations to 19,000 by 2020.

New research by CoalSwarm and Greenpeace reveals that nearly 370 large coal-fired power stations have been phased out since 2010, equivalent to almost half a trillion US dollars.

The International Energy Agency’s 2016 country report on Italy showed that 15% of electricity is obtained from coal power, 42% from gas and 39% from renewables. The IEA’s average for power from renewable sources  is 24%.

Europe’s largest economy, Germany, is still in the middle of government negotiations after its recent election. Climate and energy policy are set to play a significant part in the talks given that Angela Merkel’s victorious conservatives are looking to do a deal with the Greens.