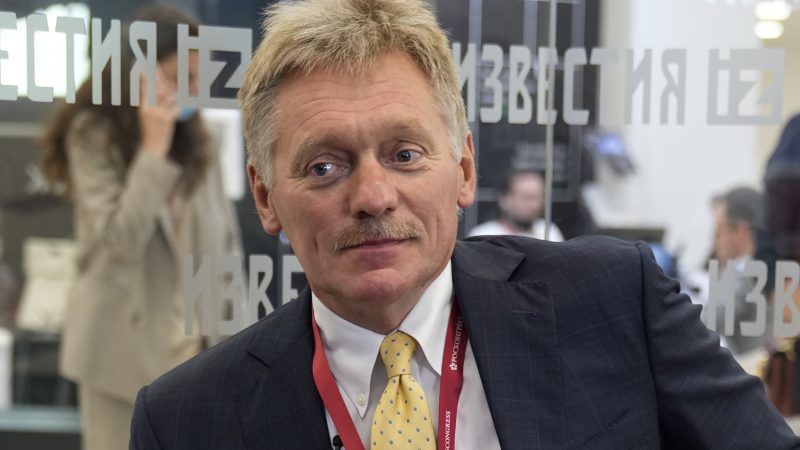 File photo.Kremlin spokesman Dmitry Peskov prepares for an interview with Russian TV channel 'Izvestia' on the side of the Eastern Economic Forum in Vladivostok, Russia, 0 September 2021. [Pool/EPA/EFE]

Russia announced last week that it had completed construction of the $11 billion Nord Stream 2 to Germany, doubling its gas exporting capacity via the Baltic Sea. However the start of gas flows via the route needs the approval of Germany’s regulator, which may take up to four months.

“Undoubtedly, the quickest launch of Nord Stream 2 would significantly balance out the pricing parameters of natural gas in Europe, including on the spot market. That’s obvious. The demand is high,” Peskov told a daily conference call with reporters.

Spot prices in the Dutch TTF gas hub reached a record high €79 per megawatt hour, or more than $960 per 1,000 cubic metres, on Wednesday amid low levels of underground gas storage in Europe.

A record run in energy prices that pushed European electricity costs to multi-year highs is unlikely to ease before the year-end, pointing to an expensive winter heating season for consumers.

Last week, Russian President Vladimir Putin said that European customers of Kremlin-owned energy giant Gazprom were “rubbing their hands with glee” over long-term gas contracts which are tied to oil prices and are less volatile.

Gazprom’s head Alexei Miller said on Wednesday that gas will not start flowing via Nord Stream 2 on 1 Octorer, as had been reported by Bloomberg.

Interfax cited Deputy Prime Minister Alexander Novak as saying on Wednesday that Russia’s energy ministry is due to prepare a report in the coming days on the possibility of Rosneft exporting gas to Europe via the Nord Stream 2 pipeline. 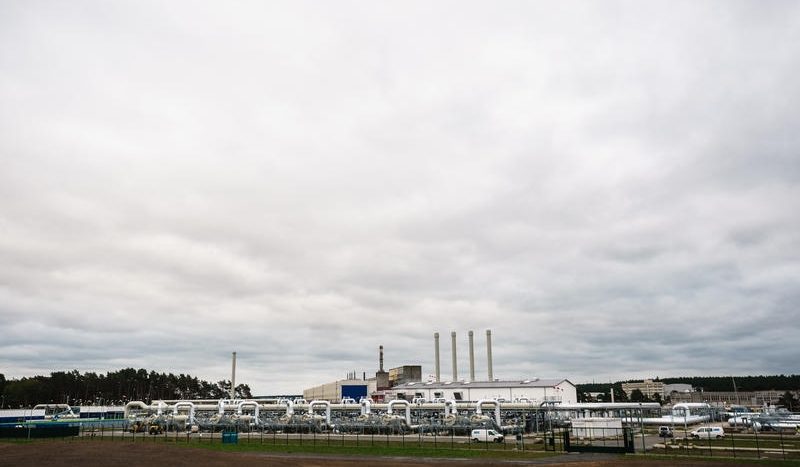 Russia’s Energy Ministry is due to prepare a report in the coming days about the possibility of Rosneft exporting natural gas to Europe via the new Nord Stream 2 pipeline, Interfax cited Deputy Prime Minister Alexander Novak as saying on Wednesday (15 September)

Kirill Tachennikov from Moscow-based Sinara financial corporation, said it was still not clear yet if Rosneft’s possible participation in gas exports via Nord Stream 2 would help Russia raise gas supplies through the route.

“As far as the third energy package is concerned, there is no clarity on EU’s position on access for other Russian companies to the new pipeline,” he said.

Oil-focused Rosneft and its shareholder, BP, have long sought to export Russian natural gas to Europe as exports are more lucrative than domestic sales. Rosneft shares in Moscow jumped by more than 4% on the day in afternoon trade.

Igor Sechin, the powerful head of Rosneft and a long-standing ally of President Vladimir Putin, has repeatedly lobbied the Kremlin to curb Gazprom’s export rights.

Gazprom said its natural gas exports outside the former Soviet Union year-to-date had increased by 17.4% year-on-year to 138.6 billion cubic metres.

Peskov said the possibility of Rosneft exporting gas to Europe had been raised repeatedly, but that no decisions had been taken yet.