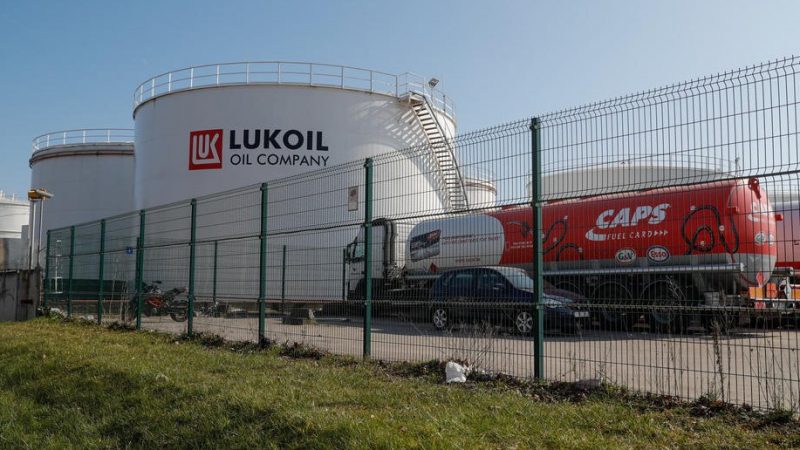 Fuel tanks of Russian multinational energy corporation Lukoil at its headquarters in Brussels, Belgium. For several days the price of petrol and diesel have exceeded the bar of two Euro per litre. [Stephanie Lecocq / EPA-EFE]

Around 100 lawmakers from across the European Parliament have called for a ban on imports of Russian oil, gas and coal ahead of a meeting of EU leaders in Versailles, France, on Thursday and Friday (10-11 March).

The plea, which has signatories from every political group in the EU assembly, follows growing concerns that the EU’s continued use of Russian energy is indirectly helping the Kremlin finance its war in Ukraine.

“The longer Vladimir Putin will be able to fund his insane war against Ukraine from the revenues of gas and oil exports to Europe, the more damage Europe will bear on its shoulders for Putin’s invasion of Ukraine,” the lawmakers warned in their letter.

EU leaders will meet in France on Thursday and Friday (10-11 March) to discuss the war in Ukraine. Leaked draft conclusions suggest that they will agree to promote measures that would help reduce Europe’s reliance on Russian gas, like diversifying the bloc’s gas supply and increasing renewables and energy efficiency.

It is yet to be seen whether the meeting will lead to more sanctions.

But a ban on imports of Russian energy is needed immediately, the lawmakers argue, citing a resolution adopted by the European Parliament in April 2021 stating that, should Russia invade Ukraine, the EU should immediately cease imports of oil and gas from the country.

The lawmakers also called on EU leaders to expand financial sanctions so that all Russian banks are banned from accessing the SWIFT international payment information system. Several major Russian banks, like Gazprombank, have been exempted from the sanction so far.

Without these measures, Europe will “prolong the destruction by Putin’s armed forces of Ukrainian cities, infrastructure, economy and the social protection of the Ukrainian people”.

According to the lawmakers, estimates show that one T-72 Russian tank costs about €1.5 million to produce while a modern T-80 tank costs €3 million. Therefore, Europe’s continued use of Russian energy means the country could make around 400 new T-72 tanks or 200 new T-80 tanks from just one day of EU energy revenues, they argued.

“We have to choose on which side we are,” the letter adds.

The conservative European People’s Party provided the most signatures for the letter, followed by the European Conservatives and Reformists. The lawmakers also come from across the EU, although there is a larger representation of Slavic and central and eastern European countries.

The most signatures come from Polish lawmakers – Poland has been pushing for harsher sanctions against Russia’s energy sector – and there are few lawmakers from countries like France and Germany, which are more open to dialogue with the Kremlin. 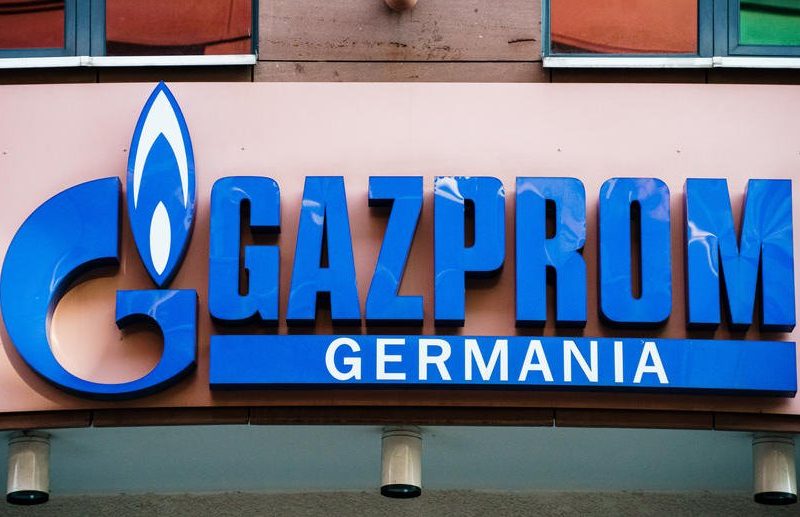 The European Union needs to stop all oil and gas imports from Russia to prevent indirectly funding Russia’s war in Ukraine, 25 NGOs, including the National Ecological Center of Ukraine, told the EU on Thursday (3 March).

However, not all EU lawmakers are in favour of banning Russian energy imports. Asked if he would support such a ban, the chair of the Parliament’s environment committee, Pascal Canfin, said that he would not.

“If we jump off the cliff, we need to have a plan B. And right now, we do not have such a plan B,” the French centrist lawmaker told EURACTIV.

Instead, he said, EU leaders should ask the European Commission to design a plan ensuring that Europe has enough energy if it were to slap sanctions on Russia’s energy sector or, indeed, if Moscow were to stop exporting energy to the bloc.

Major economies have moved to stop imports of Russian energy. On Wednesday, the US ordered an immediate ban on all Russian energy while the UK is looking to phase out Russian oil by the end of the year.

But Europe is far more dependent on Russian energy than these two countries, which puts it in a much more difficult position.

“Today, such a decision would create more stress on our side than on Putin’s,” Canfin said. “I do not say that we should never have this decision. What I’m saying is that we should first ask the Commission, of course, in very close cooperation with member states, to design a plan B,” he told EURACTIV.

Meanwhile, German Christian Democrat lawmaker Peter Liese told EURACTIV he would not rule out sanctions on Russia’s energy sector. He also highlighted a proposal by a colleague to send all energy payments to a blocked account, which would be unblocked once the war is over.

Liese’s German counterpart, Green lawmaker Michael Bloss, said a ban on Russian coal, oil, and gas is on the table. But he added that Europe also needs a “war economy” to install as much solar and wind capacity and heat pumps as possible.

“In the midst of the COVID pandemic, we also helped ourselves and set up a fund worth billions – we need it now for our independence from Russia and coal, oil, and gas,” Bloss pointed out.

“What really hurts Putin is to drastically reduce the consumption of fossil fuels,” he told EURACTIV.

On Tuesday, the EU proposed a plan to diversify its gas supply and boost renewables and energy efficiency measures. The plan, called REPowerEU, would allow Russian gas imports to be slashed by two-thirds this year, according to the Commission.