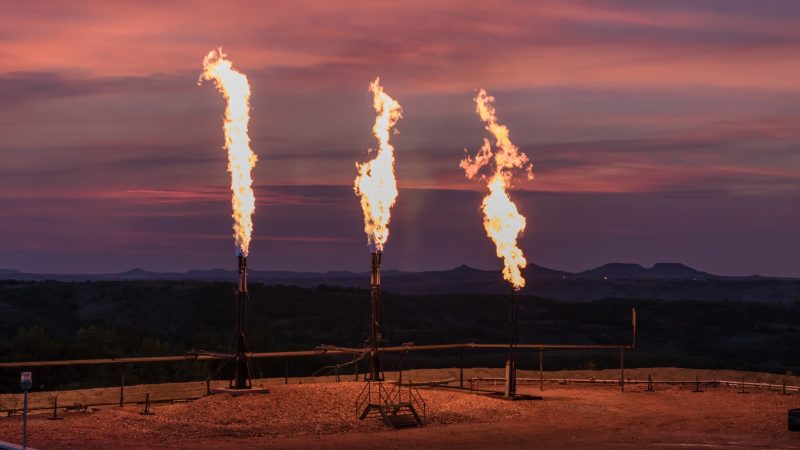 The draft methane regulation includes a ban on flarings and venting, which release greenhouse gases into the atmosphere. [Cjmitthun / Shutterstock]

A European Commission proposal to tackle climate-wrecking methane emissions includes a ban on routine flaring and venting as well as penalties for leaking fossil fuel infrastructure but doesn’t contain binding emissions reduction targets, according to a draft seen by EURACTIV.

Methane is a powerful greenhouse gas which has more than 80 times the planet-warming potential of carbon dioxide over a 20-year period in the atmosphere.

According to the Intergovernmental Panel on Climate Change, methane emissions account for about half of the 1.0 degree Celsius net rise in global average temperature that has occurred since the pre-industrial era.

Up until now, little has been done on the regulatory front to reduce methane emissions, but the European Commission looks set to change that by proposing a regulation aimed at cutting down methane emissions as part of a gas package of legislation due on 14 December.

While waste and agriculture are the biggest producers of methane, the focus of the legislation is to reduce emissions in the fossil fuel sector, which are the cheapest and easiest to tackle. Those include emissions from oil and gas exploration and production, transmission and distribution as well as coal mines – whether they’re already closed or still in operation.

The draft includes a ban on routine flaring and venting, which releases carbon dioxide and methane into the atmosphere. It also introduces requirements for EU countries to monitor emissions of methane and for companies to fix leaks in infrastructure, like gas pipelines or storage facilities.

EU countries will need to designate an authority to be responsible for monitoring and enforcing the new rules, including through inspections. Gas operators will have to submit a report on source-level methane emissions and put together a leak detection and repair programme for approval by the authority.

At least twice a year, operators will need to carry out leak detection and repair surveys. Any components found to be emitting methane over a certain threshold – currently 500 parts per million – will need to be repaired or replaced.

EU countries will also have the power to apply penalties for rule-breakers and will need to take “all measures necessary to ensure that [the rules] are implemented”. The penalties must be “effective, proportionate and dissuasive” and could include fines for environmental damage and periodic payments until the infringement is fixed.

The draft proposal follows on last year’s EU methane strategy, which focused on international cooperation to reduce methane as well as improving reporting and monitoring.

In Europe, methane emissions need to be cut by a third in order for the EU to reach its 2030 climate goal of reducing greenhouse gases by at least 55%, the EU’s energy commissioner Kadri Simson said last year.

But while the EU’s crackdown on methane emissions will be welcomed by many, the leaked draft falls short of introducing the binding emission reduction targets that lawmakers in the European Parliament had called for earlier this year.

The target mentioned in the draft is the one introduced under the Global Methane Pledge, a voluntary agreement signed between countries at the COP26 climate summit, which aims to reduce methane emissions by 30% by 2030 based on 2020 levels.

The question remains whether voluntary targets are enough. Maria Spyraki, a Greek centre-right lawmaker in the European Parliament, said binding targets are key to getting the rest of the world on board with methane reductions when the Parliament voted for them earlier in the autumn.

“With the catastrophic effects of this summer’s unprecedented floods [and] wildfires still being assessed, we need to intensify our efforts to tackle the challenges posed by extreme weather conditions,” said Spyraki.

“We need a quick win to tackle climate change! We need to act immediately and we need to achieve concrete results on reducing greenhouse gas emissions to protect our people and the planet today and in the future,” she added. 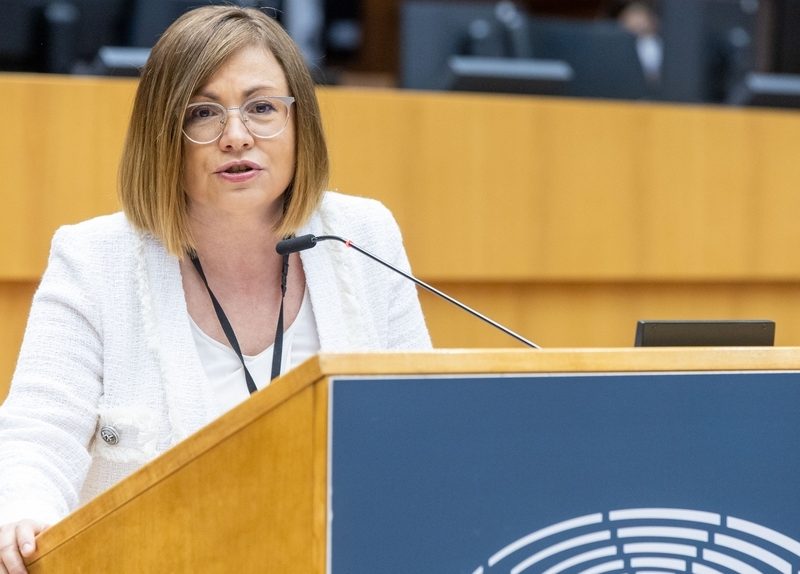 Lawmakers urged the European Commission on Tuesday (28 September) to propose binding measures and targets to reduce methane emissions by 2030.

Tackling methane emissions outside the EU

The draft law will also apply to imported fossil fuels, with energy companies required to provide information to the authority of the EU importing country.

The European Commission will set up a “methane transparency database”, which will include information like the country where the fossil fuel was produced, whether there are mandatory regulatory measures on methane in that country and whether it has signed up to the Paris Agreement.

By doing this, the EU hopes to provide “incentives for those countries to voluntarily abate their methane emissions” or implement binding measures.

> The draft methane regulation and its annexes can be downloaded here or consulted below: