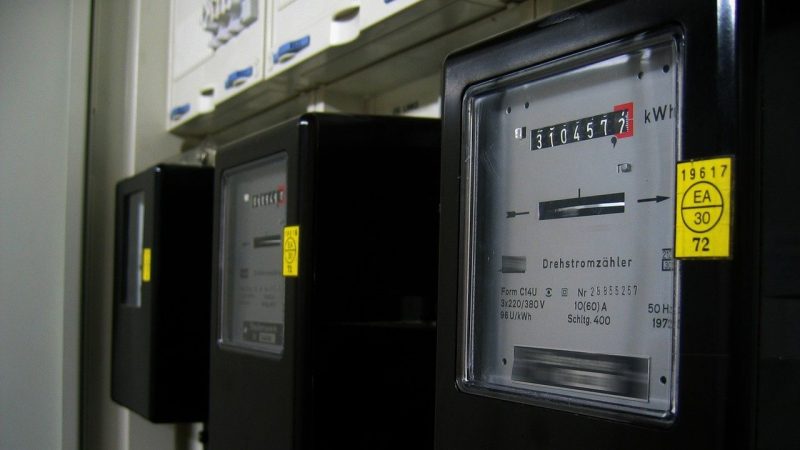 To free itself from Russian energy, boost the green transition and increase defence spending, the EU is rumoured to be planning a vast recovery package. [Gerd Altmann / Pixabay]

The draft communication, obtained by EURACTIV, gives a grim picture of high and unstable energy prices continuing for the coming years, which will drive inflation, impact households and increase costs for businesses.

“Energy prices continue to be of high concern across the EU. High and volatile gas prices, strongly influenced by high global demand and mounting geopolitical tensions, drive high electricity prices,” according to the draft, which could still be modified before it is published in early March.

It warns that the energy crisis – triggered by high gas prices and exacerbated by deteriorating relations with Europe’s main gas supplier, Russia – has worsened since the autumn and will last longer than expected, until 2023.

“With the EU gas storages at historically low levels and security of supply concerns linked to low debit in the gas pipelines from the East, we witness a growing gas crisis compared to the situation at the time of Commission’s communication from last October,” the paper reads.

Wholesale gas prices are around 400% higher than a year ago and wholesale electricity prices have followed the same pattern, increasing by 260%. This has driven up retail gas and electricity prices, which are up 51% and 30% respectively on last year, the document says.

These “sustained high energy prices are hurting throughout the economy” and are expected “to remain a key driver of inflation in 2022”. Prices have already hit energy-intensive industries with high manufacturing costs and will likely increase prices for other commodities, including food.

The crisis is also “increasingly affecting European households and vulnerable consumers, who spend a higher share of their total income on energy bills and therefore also deepening disparities and inequalities in the EU,” the leaked document says.

The draft contains 12 actions that the EU can take to alleviate the continued energy crisis. This includes building up renewable energy capacity, implementing energy savings and continued support for affected households and businesses.

Actions also include measures to improve the resilience of Europe’s gas supply.

Firstly, the EU executive proposes a legal requirement for EU countries to ensure a minimum level of gas storage by 30 September every year. To ensure continuous supplies and better preparation for next winter, there will be a ‘Gas for winter plan’ to support security of supply “with incentives and obligations for strategic storage”.

Alongside this, the European Commission will start a pilot project this year to support EU countries and operators in carrying out joint procurement to fill storage up to the minimum required strategic level.

But, while gas storage helps cushion price increases, it won’t have any impact for this winter when storage levels have hit unexpected lows.

Therefore, the document also talks about diversifying supplies away from Russian pipeline gas towards liquified natural gas (LNG), most of which is currently imported from the United States and Qatar.

Each EU region now has a direct or indirect connection to an LNG terminal and “this interconnectivity through LNG has proven valuable in the past months as it brought liquidity to the market and reliable gas supply to EU customers,” the Commission notes.

January saw the highest ever level of LNG imports and the European Commission claims this is “thanks to the EU’s extensive energy diplomatic outreach”.

The EU executive will continue energy diplomacy efforts and dialogue with fossil gas-producing, consuming and transit countries like the US, Qatar, Japan, Egypt, Azerbaijan and Turkey.

But the assumption that Europe’s higher supply of LNG in the past weeks comes down to diplomacy ignores the role of the market, said Thierry Bros, a professor at Science Po university in Paris.

“It doesn’t work this way. It’s a market. The LNG was routed back in December because we had extremely high prices and we have less rerouted now because prices are not as high as they were back in December,” he told EURACTIV.

Overall, Bros says he is underwhelmed with the communication because it shies away from wide-reaching market reforms, like decoupling electricity prices from gas prices, as suggested by France and Spain.

Even though the European Commission acknowledges that the crisis will continue into 2023, its communication fails to address the heart of the crisis: how Europe will get enough energy to satisfy its consumption needs, Bros said.

In addition, gas producers will need incentives to increase supply, including guarantees from the EU that it won’t oppose long term contracts, which the European Commission dislikes, Bros said.

According to the document, the EU executive is also investigating concerns about “possible distortions of competition by companies active in European gas markets and notably by Russian gas supplier Gazprom”.

Gazprom displays “unusual business behaviour”, with the average filling of Gazprom storage at 16%, compared to 44% of non-Gazprom storage, the draft paper says.

“The Commission is currently investigating all allegations of possible anti-competitive commercial conduct by Gazprom as a matter of priority. In this context, it is also gathering additional information from relevant market players,” it adds.

According to the Commission, the best solution to lower dependence on imported gas and lower prices in the long run is to accelerated the implementation of the European Green Deal, including the rollout of renewable and low-carbon gases.

“In the absence of a massive acceleration of the green transition, EU electricity prices will depend significantly on gas prices at least up to 2030,” the document reads.

However, it warns that investments in renewables are not yet at the level needed to produce enough energy for Europe’s needs.

EU countries need to “follow up on the duration of permitting procedures as a matter of urgency,” according to the Commission, which is expected to adopt a recommendation in June to address barriers to renewables.

In the European Parliament, lawmakers from the left and right of the political spectrum are in agreement on that point.

“The way out of the energy crisis is investment in renewables. The Commission must follow this path consistently and raise the targets for the expansion of renewables in Europe,” German Green lawmaker, Michael Bloss told EURACTIV.

“It is good that the Commission now wants to declare gas storage facilities as strategic reserves and thus put a stop to Gazprom’s games with those who can no longer afford to heat their homes. But investing even more in fossil infrastructure is the wrong way to go,” he added.

Maria da Graça Carvalho from the centre-right European People’s Party (EPP) agreed. “For the future, it is important to stress that the green transition is a part of the solution and not one of the causes of the problem,” she told EURACTIV.

Carvalho added that EU countries need to do more to control rising prices by reducing overheads and excessive taxes on energy. Meanwhile, the European Commission needs to monitor the market because of the huge rise and impact this had on European families and businesses, she said.

Carbon prices not to blame

Some EU countries have blamed rising energy costs on the EU’s carbon price, which have risen sharply since they hit €50 for the first time in May last year.

In January, the cost of CO2 on the EU carbon market fluctuated between €80 and €90 per tonne and the Commission’s draft suggests that the €100 benchmark could be within reach this month.

But the EU executive is quick to add that the carbon price has little to do with rising energy prices. According to the draft, “The effect of rising gas prices on the electricity prices is around eight times bigger than the effect of the carbon price.”