A drone still under development by the Hungarian company Genevation Aircraft Ltd. in cooperation with Alaka'i Technologies Inc. of the US is presented in the firm's factory in Jakabszallas, Hungary, 22 January 2020. This would be the world's first drone designed to be suitable for passenger transport powered by hydrogen fuel cells. [EPA-EFE/SANDOR UJVARI]

Announced in March as part of the Commission’s new industrial policy, the alliance aims to bring together EU institutions, national governments and industry representatives in order to create a full hydrogen value chain in Europe.

“The European Hydrogen Alliance will pool resources to bring sufficient scale and impact to industrialisation efforts, creating momentum towards a sustainable industrial hydrogen ecosystem in the EU,” says a draft Commission document seen by EURACTIV.

The Commission is due to launch the alliance on Wednesday (8 July), alongside related policy “strategies” on hydrogen and energy sector integration.

The alliance will bring together all segments of the hydrogen value chain – from supply to demand and distribution – “in order to get the scale for cost reductions and competitiveness,” says the draft document, which is still subject to change before it is presented on Wednesday.

Hydrogen is seen as a potential silver bullet to decarbonise industries like steel and chemicals, which are considered “hard-to-abate” because they require high-temperature heat and cannot easily be electrified.

“Full-scale industrial deployment requires systemic action along the whole value chain, from hydrogen production and transport to the industrial use as feedstock for energy-intensive industries or as fuel for transport or balancing the renewable electricity output,” the Commission explains in the document.

The alliance will seek to “identify technology needs, investment opportunities and regulatory barriers and enablers,” the Commission said in March as part of its “new industrial strategy for Europe”.

According to the draft EU document, one of the key objectives will be to deliver “a pipeline of large-scale investment projects in the clean hydrogen ecosystem” that will benefit from special status as so-called Important Projects of Common European Interest (IPCEIs).

Normal EU rules will not apply to those projects, allowing national governments to subsidise them without having to observe the EU’s usually strict state aid limits.

More broadly, the Commission said it will review its competition and state aid rules in order to help European companies reach the critical size required to compete with industrial giants in China or the United States.

However, the governance of the alliance is causing jitters among environmental groups, who have criticised what they see as one-sided industry favouritism. The composition of the governing board, in particular, is focusing criticism from the Greens.

“It is literally a who’s who of the gas industry,” said Tara Connolly, an energy campaigner at Friends of the Earth Europe, an environmental NGO.

“It beggars belief that the Commission would hand the keys to Europe’s hydrogen sector over to the fossil fuel industry,” she added, saying “companies like Shell and SNAM have no interest in producing renewable hydrogen and just want a way to keep Europe hooked on fossil fuels.” 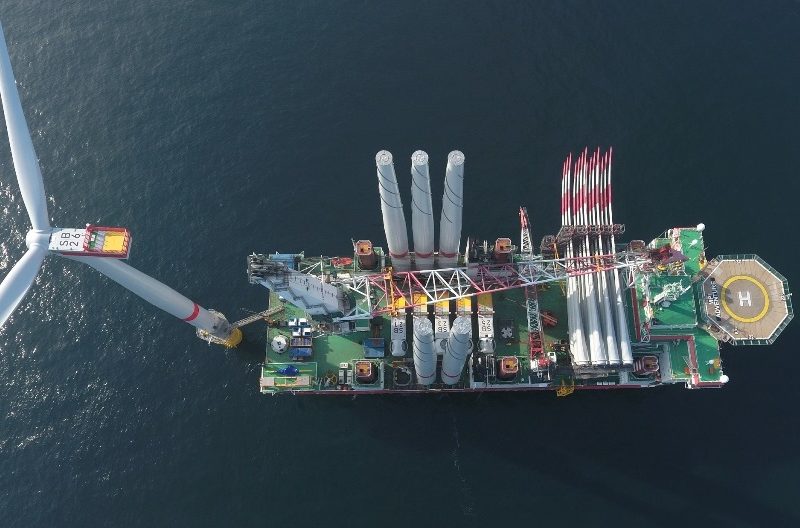 The draft Commission document makes no secret that the alliance “will be driven by industry”.

However, it adds that “it will also include all stakeholders in the hydrogen ecosystem,” including EU member states and regions, trade unions, NGOs, research and technology organisations and civil society.

The alliance’s board members indeed include representatives from the gas sector such as Shell, Gasunie and SNAM. But it also includes Michelin and Daimler on the mobility side, as well as Vettenfall and EDF for the electricity sector.

And civil society groups are also represented with three members, including the European Climate Foundation, a non-profit group, and IndustriAll, an international trade union organisation.

Asked by EURACTIV to comment on governance aspects, the European Commission said the alliance “will be open to all relevant stakeholders in the hydrogen ecosystem,” including industrial actors and NGOs. “The alliance will be built on the principles of cooperation, inclusiveness and transparency,” a spokesperson told EURACTIV in e-mailed comments.

Besides, the spokesperson said the alliance will focus “on renewable hydrogen,” and “low-carbon hydrogen with very ambitious CO2 emission reductions compared to fossil-based hydrogen,” a move that will ensure all projects funded by the alliance are geared towards meeting the bloc’s 2050 climate neutrality goal.

Still, NGOs fear that industry members sitting on the alliance’s board will face conflicts of interests when deciding which projects to finance.

But the Commission downplayed those fears, saying the open structure of the alliance and its objectives will prevent any potential conflicts.

“The commitment of participants to the ambitious objectives of the alliance in terms of emission reductions should avoid potential conflicts of interest. Furthermore, the Commission’s role in the progress monitoring will ensure that all initiatives of the alliance are fully aligned with the objective of climate-neutrality and serve the public interest,” the spokesperson said.