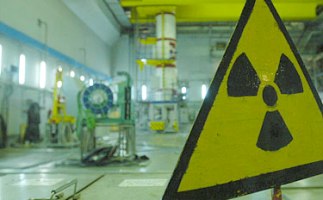 The Commission announced a further EU assistance of €500 million to support the decommissioning of Soviet-type nuclear power plants in Bulgaria, Lithuania and Slovakia (see background).

The funding will come from the 2014-2020 EU budget d will cover decommissioning activities until 2017.

In exceptional cases payments could be made until 2020, but this is the final decommissioning assistance, Marlene Holzner, spokesperson to Energy Commissioner Günther Oettinger told EURACTIV.

The proposed €500 million comes on top of what has already been committed. The total financial assistance from the EU to the three countries until the end of 2013 foresees €2.847 billion (€1.367 billion for Lithuania, €613 million for Slovakia and €867.8 million for Bulgaria).

The sums may appear important, but Bulgaria, Slovakia and Lithuania insist they have suffered losses of tens of billions of euros as a result of the early closure of reactors, which indeed had licenses to operate many more years. In the past, the three countries had appealed for "compensation", but the Commission insisted that EU funding could only cover decommissioning activities.

Minutes after the publishing of the proposal, the Lithuanian leader issued an angry statement, in which he called the Commission proposal "not acceptable" and not in compliance with his country's EU accession treaty.

"In the Treaty of Accession of the Republic of Lithuania to the European Union, the EU has recognized the fact that the closure of the NPP [Kozloduy] was an exceptional case, that decommissioning of the NPP was a long-term process, and that it represented for Lithuania an exceptional burden not commensurate with the economic strength of the country. On the basis of the above, the EU has committed to provide adequate financial assistance to the decommissioning works of the NPP,” Kubilius stated.

Indeed, the Ignalina NPP can be seen as a special case, as only the second reactor, which was closed in December 2009, supplied about 70% of the country's energy demand. Lithuania is part of the Russian electricity grid, and after the closure of Ignalina, it must import more than 80% of its energy from Russia.

He also mentioned a figure from a Commission draft for the proposed funding which was €19 million higher than the amount officially proposed.

Asked by EURACTIV if he was "comparing notes" with his Bulgarian and Slovak colleagues on nuclear decommissioning, Sekmokas answered "not really".

He however conveyed the message that the Commission proposal would only be a base for further discussions. The same strategy appears in the statement of the prime minister.

"We expect understanding concerning the sensitivity of this question to Lithuania from all the stakeholders involved, and hope to reach an agreement on adequate financial assistance,” the statement by Kubilius said.

In 1992, at a G7 summit, it was decided that four units of Kozloduy nuclear power plant, along with Bohunice in Slovakia and Ignalina in Lithuania, had to be closed as they presented a high level of risk. All these nuclear units are now closed, the last to be shut down in December 2009 being the second unit of Ignalina.

The closing of the nuclear power stations was negotiated as part of the countries' EU accession treaties. As this early closure is a heavy financial burden for these countries, the European Union provides financial support.

Nuclear decommissioning is the final step in the lifecycle of a nuclear installation covering all activities from shutdown and removal of fissile material to environmental restoration.