Old fossil fuel-fired boilers could misleadingly continue to be labelled as ‘A’ and green beyond 2030, undermining efforts to decarbonise the EU economy. [LittleDaan/Flickr]

As part of an energy label reform approved in Parliament last week, A-G stickers for televisions, lamps, washing machines, fridges and dishwashers will from 2020 replace the current system that has the potentially confusing A+, A++ and A++ ratings. That part was welcomed by energy, consumer and environment groups.

For products like air-conditioners, tumble dryers, vacuum cleaners, ovens, range hoods, and residential ventilation units, old and new labels will co-exist between 2021 and 2025, when the old ones will be discontinued. So far, so good.

The sticking point – on which the industry and consumer groups, but also some MEPs, differ – revolves around heating products, for which the new labels do not need to be introduced before 2030.

“The rescaling of energy labels for heating products is indeed delayed far too far in the future. This is a move that protects fossil fuel boilers (condensing boilers) as they can remain A and green for a long time,” said Stéphane Arditi from the European Environmental Bureau (EEB) in Brussels, a network of green NGOs.

In practice, it means that ten years from now, shops will be selling A-class heaters (still under the old labelling scheme) side by side with A-class washing machines, but the two As will not denote the same level of energy efficiency.

“Consumers buying an A space heater will in fact be buying the fourth-ranked class from the scale going from D to A+++, while the A class will be the top class for the washing machine,” Arditi explained.

Old fossil fuel-fired boilers could misleadingly continue to be labelled as ‘A’ and green beyond 2030, undermining efforts to decarbonise the EU economy by 2050, EEB said. The EU has committed to cutting greenhouse gas emissions to 80% below 1990 levels by 2050.

Martina Werner, a German SPD lawmaker from the Socialists & Democrats (S&D) group in the European Parliament, was a shadow rapporteur for the label reform legislation. She said some member states had strongly lobbied in the Council and “were successful in hindering a quicker change to unified labels”.

“Ideally, new labels should have been introduced for all product groups at the same time,” Werner said. The lobbying member states had originally pushed for “up to 15 years for new labels to be introduced,” she said.

Sylvia Maurer, a policy director at the European consumer organisation BEUC, noted that the industry was always seeking to water down strict legislative proposals.

“What we don’t need is that industry constantly tries to put features in the energy efficiency calculation formula that only serve their own interest,” she opined.

“For instance, when manufacturers ask to exempt certain energy-consuming functions from the calculation, it diverts efforts from reaching the goals of energy efficiency and cost savings for consumers.”

The CECED, a trade group representing European manufacturers of home appliance equipment, responded to critics, saying rescaling was more complex than might seem to an outsider.

“Each rescaling creates the potential for confusion among consumers and market surveillance authorities”. Referring to the transitional period when both old and new labels will be used, it said:

“In case the new label relies on a new measurement standard (which will definitively be the case for dishwashers and fridges), applying a new label on old appliances means the effort of re-testing. In addition, market surveillance authorities will have to check compliance against both the old and the new legislation.”

“As the capacity for testing in European laboratories is limited, it is materially impossible to reliably have the double capacity needed for a temporary period of time. Testing can take up to several weeks for each individual product. In addition, there are only a limited number of specialised testing laboratories that are capable of carrying out the tests.”

Household appliances are a big and lucrative market. According to the CECED, European turnover in 2014 stood at a hefty €43.7 billion, though still well below the pre-crisis level of €52.4 billion in 2008. The sector employed more than 200,000 people in 2013, more than 3% of EU’s total manufacturing employment.

But some appliances, particularly heating systems, are also responsible for a surprisingly high share of the continent’s CO2 emissions.

“Incredibly, Europe’s heating equipment is responsible for 25% of the continent’s CO2 emissions, around the same level as road transport or industry. Heating is by far the largest source of energy consumption in our homes,” Coolproducts – a grouping of European NGOs dealing with ecodesign and energy labelling – said on its website.

Furthermore, heating and cooling systems – many of which still use fossil fuels – account for a half of the EU’s total energy consumption. “And much of it is wasted,” the Commission said in its Strategy on Heating and Cooling.

The BEUC’s Maurer said the ten-year transition for heaters was likely to stymie innovation efforts.

“If decision makers now freeze the energy label face-lifting for ten years, even those manufacturers who produce the most energy-efficient products have no incentive to innovate further because their products will anyway stay in the top class. This is detrimental to market development.” 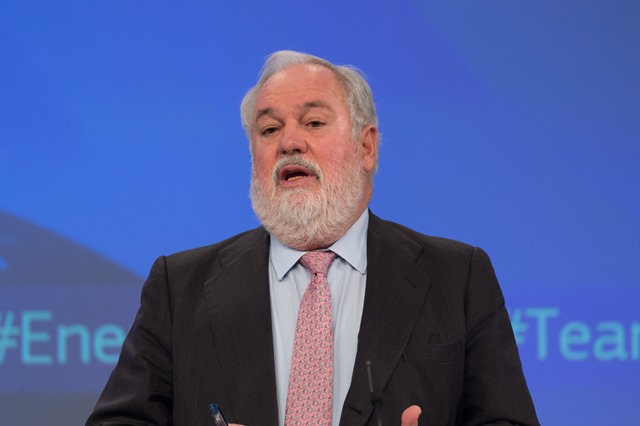 Data from CECED shows that manufacturers have long been aware of the energy labels’ potential, particularly for white appliances. Out of the total number of washing machines put on the market in 2013, six million were rated A+++, 3.8 million A++ and virtually none rated A or lower.

However, in a report based on a comprehensive EU product survey and released on 20 June, Coolproducts said many household appliances were found to use much more energy than advertised on their energy labels, when tested in more ‘real life’ conditions.

This was due to unrealistic, dated and selective testing methods used for determining energy classes, which rarely took into account technological progress and new features on many appliances.

“TVs, for example, are tested with a video clip from 2007 that does not reflect typical home viewing or increasingly common TV technologies. Tests with a modern video clip in a higher quality format saw one model consume double the power,” the report said.

For Coolproducts, this suggests similar tricks could apply for heating and cooling systems. Some politicians even draw parallels with the Volkswagen emissions scandal which saw the German car company pay hefty compensation fines for cheating emissions tests.

Martina Werner said the issue of possible compensation for wrongly-labelled goods was not yet tackled, as the European Commission and the member states were “still struggling with the consequences of the emission scandal in the car industry”.

“Allowing for consumer compensation for wrongly labelled energy-related products would have created a huge precedent – too dangerous for both sides,” she pointed out.

However, she stated that the executive had heeded a call from the S&D and promised to present a legislative proposal that would address the issue later this year.

A Commission spokeswoman said the freshly adopted energy label legislation “contains clear language about the need for test methods to simulate real-life usage of products as far as possible.”

“Moreover, the text contains clear obligations for suppliers as regards the use of ‘defeat devices’ (which is forbidden) and the need to inform consumers about possible detrimental effects of software updates on the energy performance of the product,” the spokeswoman said.