In order to be carbon neutral in 2050, France will accelerate the development of renewable energies, while not giving up nuclear. EURACTIV France reports.

The plan of attack for the energy transition, revealed by Emmanuel Macron on 27 November, involves working hard to develop renewable energies and closing down the last coal-fired power stations, while maintaining nuclear energy.

The overarching objective is to put France on track for being carbon neutral by 2050.

The main lines of the French strategy were revealed by the French president in a speech in front on ministers and French MPs, who were gathered at the Élysée Palace.

With just a few days to go until the opening of COP24, and at a time when the “yellow vest” movement is ongoing in France, Macron outlined a strategy based on three axes.

The development of renewable energies – notably solar and wind energy – will benefit from a funding boost. Public funding will increase from €5 billion per year to around €7-8 billion. This public support should allow wind power capacity to be tripled and solar energy capacity to be increased by a factor of five by 2030. 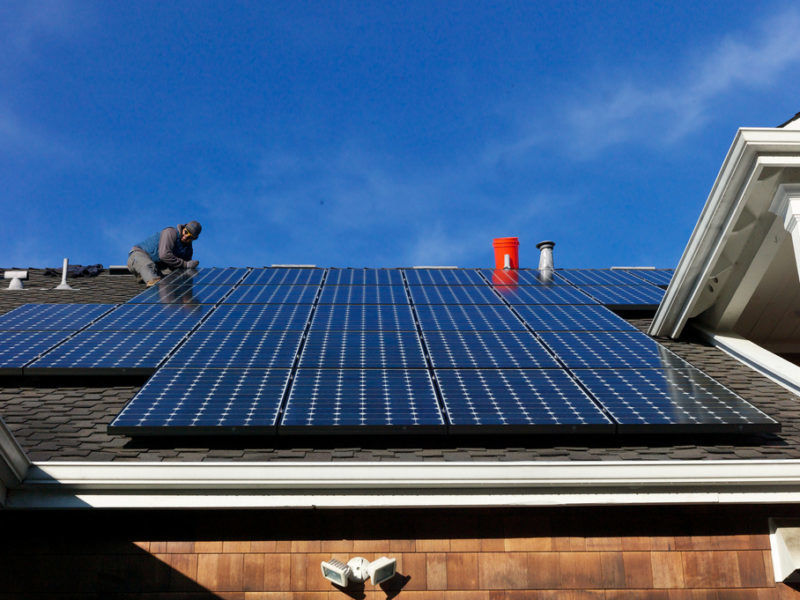 France plans to more than double its solar power capacity in the next ten years and make it easier for citizens to become energy independent, as part of its energy transition plan. But closer inspections leaves room for doubt if Paris will make good on its promises.

“Nuclear energy currently allows us to benefit from low-carbon, low-cost energy. I was not elected on a programme of phasing out nuclear, but reducing it to 50%,” reminded the French President.

“I don’t want us to be in a situation where closing down nuclear power stations leads to coal-fired power stations being closed down more slowly,” he said in reference to Germany.

Macron’s stance on nuclear differs sharply from the position taken by Angela Merkel in 2011, following the Fukushima disaster. The Chancellor’s decision has since led to certain German coal-fired power stations being re-opened in order to compensate for the reduction in nuclear production capacity.

In contrast to the German model, Macron reiterated his promise to definitively close down France’s last coal-fired power stations by 2022. However, the objective of closing down 14 nuclear reactors has been postponed until 2035.

Accordingly, the only closure that will take effect during Macron’s five-year term will be the Fessenheim reactors. “In concrete terms, 14 reactors of 900 megawatts will be stopped by 2035. This movement will begin in the summer of 2020 with the permanent discontinuation of the two Fessenheim reactors,” stated Macron.

This decision “records the continuation of a great number of reactors beyond 40, even 50 years,” condemned Greenpeace in a statement. Moreover, nuclear energy’s position in the French electricity mix could be further strengthened by 2021 because the president announced that the decision to build additional EPRs (European Pressurised Reactors) would be taken at that time.

The French president believes that the French course, which aims to completely decarbonise energy production and consumption in France by 2050, has to remain the common threat of the energy transition.

But, beyond the guidelines of the multi-annual energy programme (programmation pluriannuelle de l’énergie, PPE), the president’s reaction to the “yellow vest” movement was also awaited.

Having been created around ten days ago in response to the rise in fuel prices, the protest movement is now more generally defending purchasing power. Macron has not provided many answers to these questions.

The main measure of response to the social discontent was the establishment of a variant in fuel tax, which is indexed to global oil prices. This is a way of limiting the price changes for car users at petrol stations by making fuel taxes price cushions.

Another response is the creation of a large consultation on the ecological and social transition. This three-month long consultation should allow France’s ambitions with respect to the energy transition to be refined.

“If we need to review the government’s ambition at the end of the consultation, I am willing to review it,” Macron stated.

“What the French people have been expressing over the last few days (…) is a problem with their purchasing power. And yet, on this issue, the president remains silent, and even with respect to the ecological transition, he is actually totally unclear,” criticised Olivier Faure, first secretary of the French socialist party on BFM TV.