By Zeljko Trkanjec | EURACTIV.com with Reuters 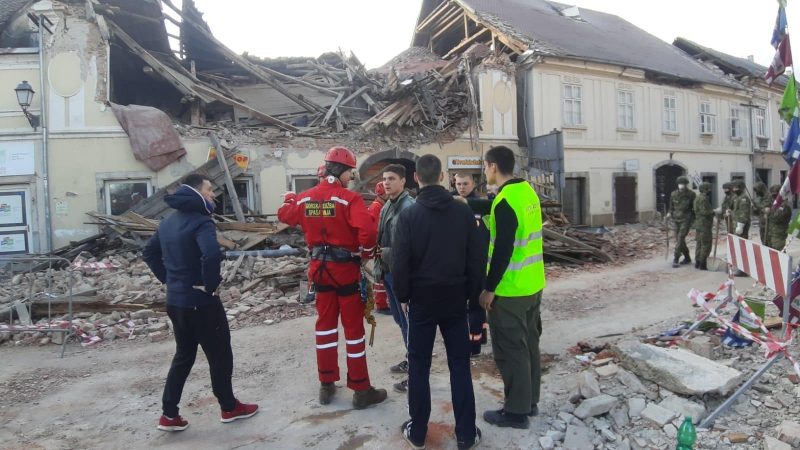 Petrinja after the quake. [Jutarni List, the EURACTIV partner in Croatia]

An earthquake of magnitude 6.4 struck a town in Croatia on Tuesday (29 December), with the emergency services saying six dead and many people had been injured and video footage showing people being rescued from rubble near the epicentre.

The GFZ German Research Centre for Geosciences said the quake hit at a depth of 10 km.

The N1 news channel reported that the epicentre was in the town of Petrinja, 50 km from Croatia’s capital Zagreb.

Search efforts for survivors stretched into the night Tuesday after a powerful earthquake killed at least six people in central Croatia, tearing down rooftops and piling rubble in the streets.

The “search for the survivors in the ruins continues”, the interior ministry said late Tuesday, as the European Union announced that more help was on its way.

Among the dead was a young girl in Petrinja and five people in a nearby village, Croatian police said, adding that around 20 people were injured, six of them “seriously”.

N1 showed footage of rescuers there pulling out a man and a child from the debris. Both were alive.

Other footage showed a house with a roof caved in. The reporter said she did not know if anyone was inside.

Croatia was hit by another powerful #earthquake, magnitude 6.2 on the Richter scale. All relevant services are on the ground.

Thank you all for your support & solidarity. We appreciate your kind words & warm wishes during these trying and challenging times. #Croatia #Petrinja pic.twitter.com/jFUuV6oymH

Tomislav Fabijanic, head of emergency medical service in Sisak near Petrinja, said there were many injured in Petrinja and in Sisak.

“There are fractures, there are concussions and some had to be operated on,” he said,

Slovenia’s STA news agency said that the country’s sole nuclear power plant Krško, which is 100 km from the epicenter, was shut down as a precaution.

The plant was built to resist a 7.9-magnitude earthquake as the strongest earthquake to hit Slovenia to date was of that magnitude, recorded at Idrija in 1511. Another strong earthquake that rocked the Krško area occurred at Brezice in 1917, measuring 5.7 on the Richter scale.

The earthquake safety of the Krško plant was additionally improved following the nuclear disaster at Fukushima, Japan in 2011.

The quake could be felt in the capital Zagreb, where people rushed onto the streets, some strewn with broken roof tiles and other debris. It was also felt in neghbouring Bosnia and Serbia.

On Monday a magnitude 5.2 earthquake hit central Croatia, also near Petrinja. In March, an earthquake of magnitude 5.3 hit Zagreb causing one death and injuring 27 people. 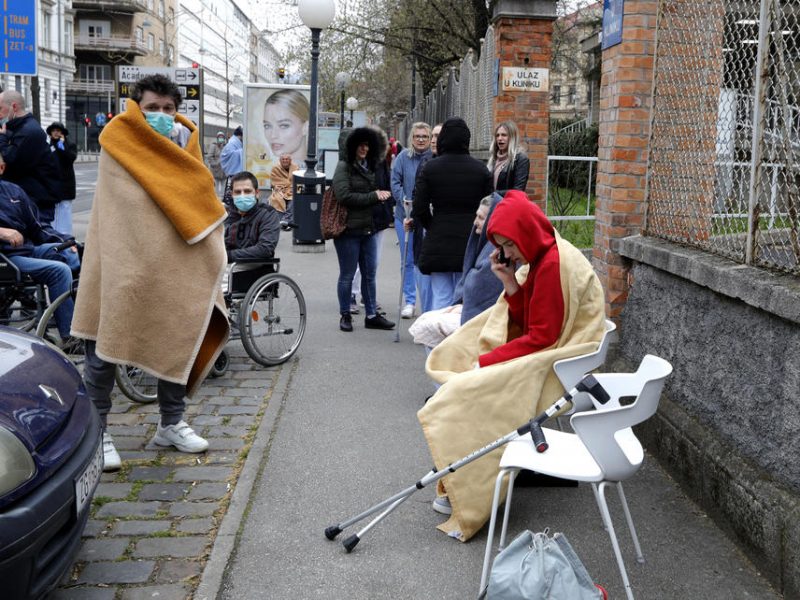