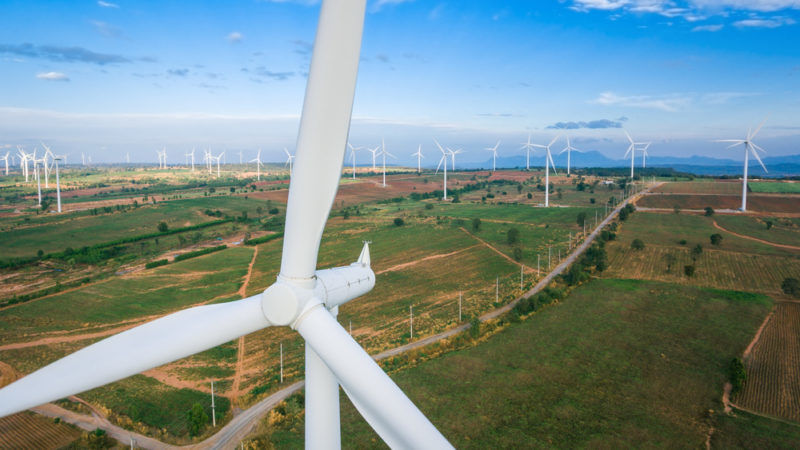 The European Commission has promised to run new cost scenarios based on fresh data. [Shutterstock]

Monday’s meeting of the Committee on Industry, Research and Energy (ITRE) saw MEPs debate 1,300 amendments to the European Commission’s initial proposal for a new directive on promoting renewable energy sources. ITRE is the lead Parliament committee on the draft directive, which is a key piece of the EU’s “energy union” package of legislation presented in November 2016.

Despite the huge amount of changes suggested by European lawmakers from across the political spectrum, a clear consensus emerged in favour of increasing the ambition of the Commission’s proposed renewable energy targets.

Rapporteur José Blanco López (Socialists and Democrats) insisted that “we need an agreement that goes further than 27%” target for 2030, arguing “This is a social issue.” Europe needs a new directive that “won’t be immediately obsolete,” explained the politician from the Spanish Socialist Workers’ Party.

For 2020, individual EU member states were handed legally binding targets at national level in order to meet the EU-wide threshold of 20% renewables.

But this is no longer the case with the 27% for 2030, which is EU-wide and hasn’t been broken down into national objectives. Acknowledging the difference in available resources from country to country, EU governments have been free to set their own goal at national level, provided the overall 27% renewable target is met for the 28-member bloc as a whole.

Ever since the Commission first released its proposal, it has been criticised for setting the bar too low.

López claimed that the number and type of amendments tabled suggested that the new piece of legislation should include binding targets for member states for 2030, as well as more ambitious goals overall.

But conservative politicians in the European Parliament think differently. Seán Kelly, an MEP from the centre-right European People’s Party (EPP), disagreed and argued in favour of better governance rather than binding national targets.

Hans-Olaf Henkel, a lawmaker from the European Conservatives and Reformists (ECR) political group who is vice-chair of the ITRE committee and also a shadow rapporteur on the renewables directive, acknowledged there was common ground for more ambitious targets. But he urged fellow MEPs to wait for the Commission to provide more up-to-date figures on the expected costs before tabling new targets.

A Commission representative at the meeting assured that the executive was currently in the process of updating its impact assessment, which had initially used cost assumption data from 2014, and would be running new scenarios soon.

On this note, Claude Turmes (Greens/EFA) said a “reality check” of the underlying costs is needed, adding that it would be “crazy” not to have more renewable energy for the same price, if possible.

The European Commission on Thursday (17 August) published tighter new standards for the bloc’s most polluting power plants, including many large coal-fired power stations, giving them four years to meet the lower emission standards.

The Luxembourger also voiced support for nationally binding targets and said new electricity consumption for cars should be linked to renewable investment, “otherwise, electric cars in Poland will run on coal”.

But Liberal MEP Fredrick Federley (ALDE) insisted that targets are in fact a secondary concern and the focus should be on legislation. “If no investment for the future is stimulated, then the target doesn’t matter,” he warned.

The committee will meet again in Strasbourg next week and is scheduled to vote on the directive report on 28 November.