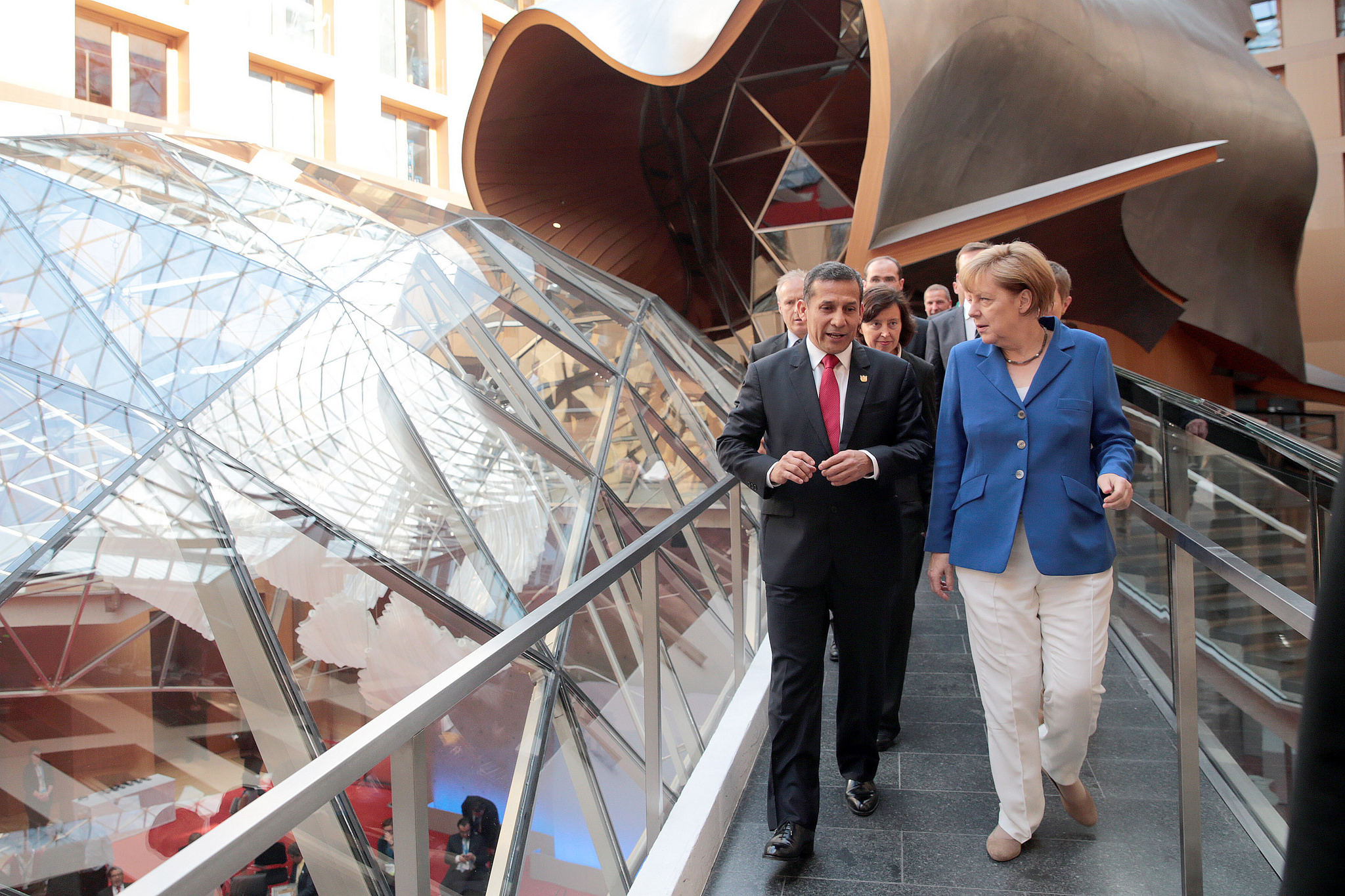 “A turnaround is needed – worldwide,” said German Chancellor Angela Merkel, speaking at the Fifth Petersberg Climate Dialogue on Tuesday (15 July).  Speaking in Berlin, Merkel quickly made it clear she intends  to motivate a greater commitment to climate change mitigation.

It is important to provide for a wide spectrum of commitments, she said. The 2014 and 2015 negotiations are of “decisive importance” in the fight against climate change. “Now every country must show their colours”, said Merkel.

“Speaking for Germany, I can assure you that we accept our responsibility,” Merkel explained.

The chancellor pledged €750 million to fight harmful greenhouse gases. With the money, Germany hopes to replenish the Green Climate Fund – in addition to the €3.2 billion it has already contributed to climate efforts in recent years.

From 2020, a total of up to $100 billion a year is to be mobilised for climate-friendly economic activities, such as expanding the use of renewable energy. The state’s share of payments to the Green Climate Fund is to be $10 billion. Merkel expressed her hope that other states would also make substantial contributions.

The Climate Dialogue is always hosted jointly by Germany and the country in which the next UN Climate Change Conference is to be held.

This year, Peru is joint host. At the end of the year, it will be hosting the 20th Conference of the Parties (COP) in Lima. The next United Nations Climate Change Conference will take place in Paris, at which a follow-on agreement to the Kyoto Protocol is to be adopted.

The follow-on agreement to the Kyoto Protocol is expected to contain binding targets for the reduction of CO2 emissions for the first time ever, for both industrialised countries and emerging and developing nations.

In line with the roadmap agreed to at the international level, all participants have until the first quarter of 2015 to produce their own reduction targets.

Chancellor Merkel said that there are already “encouraging signs” in this respect. She pointed out that China, for instance, intends to specify its targets by then.

Europe will be making an “ambitious contribution” to the forthcoming negotiations, Merkel emphasised. Germany alone aims to cut its CO2 emissions by 40% by 2020.

But achieving this target still calls for “massive efforts” though, she admitted.  She called for a reform of emissions trading, which is a key element of Europe’s climate change efforts.

“In Germany we have a wealth of experience with preparing climate protection measures and calculating their effects,” Hendricks said.

Through the international climate protection initiative, the German Environment Ministry currently supports 19 developing countries around the world in determining new climate targets for the 2015 climate agreement.

Before the Climate Dialogue, vice president of the Chinese National Development and Reform Commission Xie Zhenhua announced that China intends to come up with an emissions target naming a deadline by which total Chinese emissions should decrease.

The environmental and development organisation Germanwatch called the Climate Dialogue an “encouraging signal for more movement” in worldwide climate protection.

“It is good news that China has announced its intention to spur international negotiations by preparing a tough March emissions target for itself”, said Christoph Bals, political director at Germanwatch.

“Now the ball is in the court of the EU,” he said, “which must agree on ambitious climate and energy targets by autumn. As an important EU country, Germany has the capability to release the break from the climate negotiation train once and for all.”

Bals was also hopeful regarding the Merkel’s “important announcements”.

“Since Fukushima, we have not witnessed Federal Chancellor Merkel pushing for more climate protection with such dedication,” Bals said, “For the first time in years she is sending out clear signals in support of an ambitious climate policy.”