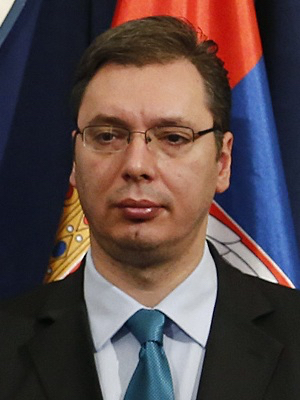 During a visit to Belgrade on 15 May, Russian Minister of Foreign Affairs Sergei Lavrov confirmed that Serbia is determined to maintain close ties with Russia, and supports the building the Turkish Stream gas pipeline. EURACTIV Serbia reports.

The confirmation of Serbia’s “neutrality” in the context of tense relations between Russia and the West over the crisis in Ukraine was, according to Serbian analysts and the Moscow press, the reason for his visit to Belgrade, and because Serbian Prime Minister Aleksandar Vu?i? is traveling to the US in early June.

On the same day as Lavrov’s visit, the Moscow-based Kommersant recalled that the agreement on the minister’s trip had been reached in mid-April, after Vu?i? had previously received an invitation from US Vice President Joseph Biden to visit Washington.

Some analysts are also pointing out that Lavrov’s visit took place at a time when the US and Russia are launching a new round of talks on the future of Ukraine, and at a time of unrest in Macedonia.

>>Read: New South Stream will be Russia’s ‘route of friendship’

Milovan Drecun, an MP of Vu?i?’s ruling Serbian Progressive Party, has said that Serbia’s cooperation with Russia is not aimed at the interests of the US and EU, and that Serbia does not want to be a disruptive factor in integration processes, but rather to take part in them.

“It seems as though the geopolitical significance of this part of the Balkans is growing again in the interests of major powers. I estimate that the key to the further unfolding of events in this area will be (Serbian Prime Minister Aleksandar) Vu?i?’s visit to the US, where he will face many difficult issues,” said Drecun.

He added that the most important question Vu?i? would be asked by his American host would probably be, “Where is Serbia? Is it in the Euro-Atlantic space or somewhere else?”

Serbian officials stress that the country’s strategic determination is EU membership, but that it wants to nurture good political and economic relations with Russia, too. In tune with that policy, Serbia has opted not to join the EU sanctions against Russia, while at the same time backing the territorial integrity and sovereignty of Ukraine.

Serbia has a non-aligned military status, but is developing relations with NATO. In March, it signed the Individual Partnership Action Plan (IPAP) with the Alliance, which is the highest level of cooperation within the Partnership for Peace program.

Speaking at a press conference in Belgrade, Lavrov thanked Serbia for the loyalty it was showing Russia, despite its strategic orientation toward the European Union.

“Serbia is not abandoning cooperation with Moscow, even though it is headed toward the European Union. There are few countries like that. Today, everyone usually makes a choice,” Lavrov told reporters.

Serbian Foreign Minister Ivica Da?i? said that Serbian-Russian relations went beyond ordinary politics, that they were stable and not the subject of any trade.

“It is clear to everyone that the notion that Serbia should choose between a rock and a hard place is coming from the West. We do not hide our policy. We’re headed toward the European Union, but are not ending our friendship with Russia,” said Da?i?.

Lavrov used the opportunity to reiterate Russia’s support for Serbia regarding Kosovo, which represents the biggest political link between Belgrade and Moscow. Serbia does not recognize Kosovo’s independence, which it declared in 2008.

Given the situation in Ukraine, Russia’s termination of South Stream, and Gazprom’s announcement that it will end gas transit via Ukraine in 2019, energy relations with Moscow are a priority for Serbia. Unsurprisingly, Belgrade has expressed its support for the idea of building a new pipeline.

Lavrov and Da?i? agreed that Southeast Europe should not be left without a gas pipeline, and that Brussels should back the construction of Turkish Stream.

>>Read: Serbia hasn’t given up on South Stream

“If the European Union bases its presence on objectivity, it would have to support negotiations on the construction of the pipeline,” Lavrov said at the news conference in Belgrade.

Da?i? emphasised that Europe already had North Stream, whereby Western European countries receive natural gas supplies from Russia, and said he did not understand why someone would have a problem with a pipeline in the south.

“We call on the EU to get to the heart of the problem. Europe must also have a ‘south stream’, whatever its name may be. Southeast Europe cannot remain a dead end,” said Da?i?.

Lavrov and Da?i? expressed concern over the growth of Albanian nationalism and calls for the creation of a “Great Albania,” and urged the EU to react strongly to terrorism in Macedonia.

“The European Union need not take a cowardly stance and look the other way, because in Brussels they are very well aware of what’s going on. Unless this is their way of justifying the ineffectiveness of their efforts,” said Lavrov.

He further said that the situation in Macedonia was a result of well-prepared terrorist actions which may spread to Kosovo and Bosnia-Herzegovina.

Lavrov stated that he could not shake off the impression that the terrorist actions in Macedonia were connected to the construction of the gas pipeline, and the fact that Macedonia had said no to the introduction of sanctions against Russia.

On 9 May, Macedonian police initiated an operation in Kumanovo against terrorist suspects. Twenty-two people, including eight police officers, were killed in the operation.

Thirty people were arrested, 23 of whom are charged with terrorist activity. Some of them are suspected of having taken part in an attack on a border post near the village of Gosince last month.