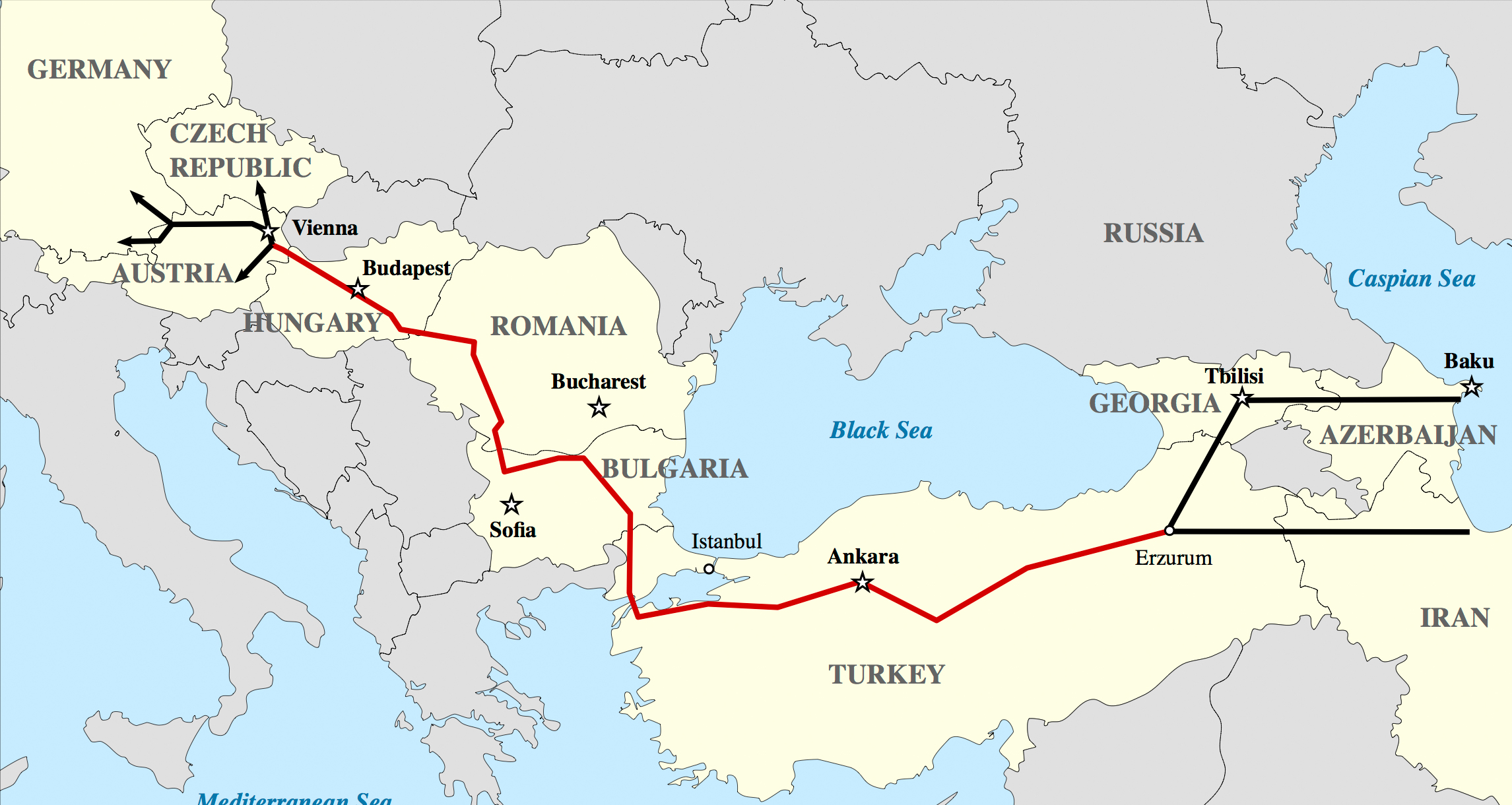 A new version of the defunct Nabucco gas pipeline project is being prepared, this time based on the transport of Russian gas, Austria‘s Die Presse has learned. Ironically, the original concept of Nabucco was precisely to carry gas from other sources than Russia.

According to the newspaper, Austria’s OMV energy company is planning a new route for Russian gas to Europe bypassing Ukraine jointly with Russia’s Gazprom.

The new route appears to resurrect the defunct Nabucco West project, with one major difference: instead of carrying Azeri gas, it will transport Russian, and possibly Iranian gas, via Turkey, Bulgaria, Romania and Hungary to the Baumgarten gas hub in Austria.

Nabucco West – a 1,326-km pipeline with a 122-cm diameter – was to take the gas from the Turkish border across Bulgaria to Romania and Hungary to the gas hub of Baumgarten near Vienna. The project was shelved in June 2013 after a consortium managing the gas, which is expected to be pumped from the offshore Shah Deniz II gas field in Azerbaijan, was awarded to the Trans-Adriatic TAP pipeline.

Now Russia is planning to bring gas to the European territory of Turkey and says it’s up to the EU to decide how to transport it further.

But in reality Russia is devising plans for a so-called Tesla pipeline across Greece, Macedonia, Serbia, Hungary to Austria.

Such a project, however, would need more time to be realised, compared to the Nabucco project, which was in an advanced phase before it was shelved.

Most of Gazprom’s clients have gas contracts which specify Baumgarten as the delivery point.

Three independent sources have reportedly confirmed to Die Presse that the new Nabucco project would be promoted by Reinhard Mitschek, the former managing director of the Nabucco consortium, in which OMV, Hungary’s MOL, Romania’s Transgaz, Bulgaria’s Bulgargaz, Turkey’s Botas and Germany’s RWE each held 16.67%.

On 13 June, Russian President Vladimir Putin met his Turkish counterpart Recep Tayyip Erdo?an, for talks in the capital of Azerbaijan, which is hosting the Baku 2015 European Games.

Although little information filtered, it was said that the two leaders could discuss the Turkish Stream, also called TurkStream pipeline to supply Russian gas to Turkey, whose construction is set to begin at the end of this month.

On the Turkish side, the delegation included Foreign Minister Mevlüt Çavu?o?lu and Energy Minister Taner Y?ld?z.

Russia and Turkey have no inter-governmental agreement to build Turkish Stream, and Turkey is without a government following the recent elections. In this political uncertainty, Russia is reportedly keeping its options open.

According to Die Presse, Gazprom officials have recently told the Russian Duma that they would build the offshore section until the point where the pipe could bifurcate either toward Turkey or Bulgaria, as was the original route of South Stream.

The Nabucco gas pipeline project was initially an idea of the US administration, later taken on board by the EU as an option to reduce the Union’s dependence of Russian gas. It wasinitially designed to transport an annual capacity of 32 billion cubic metres of Azeri and other central Asian gas through Turkey and southeastern Europe into Austria.

The initial project of Nabucco as a pipeline from Azerbaijan via Georgia and Turkey to Bulgaria, was substituted by a smaller version called Nabucco-West, which was planned to start at the Turkish-Bulgarian border.