By Eleonora Vasques with the EURACTIV Network 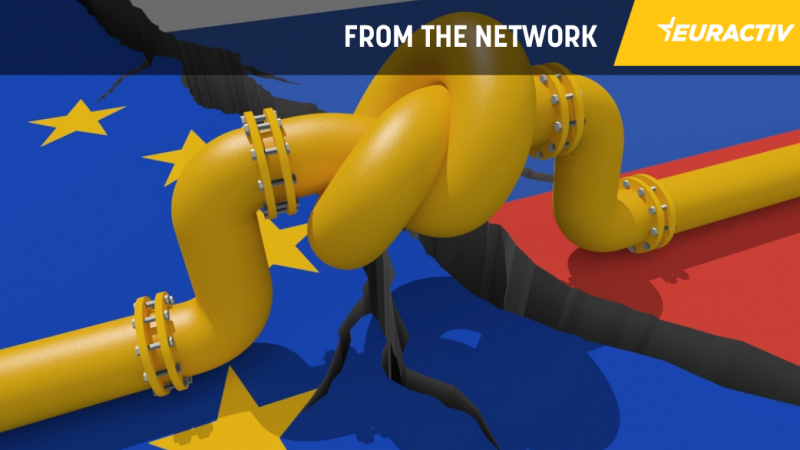 A few countries view renewable energies as a pivotal solution and the plans for greener energy production are generally postponed. Coal remains a backup option for Germany and the Czech Republic. [Shutterstock/YAKOBCHUK V]

Raising capacity for LNG imports, notably from the US, and strengthening gas and electricity interconnections in the Balkans, the North Sea, Italy and subsequently North Africa, are among the options EU countries are currently considering to diversify from Russian energy supplies.

On Liquefied Natural Gas (LNG), the EU will be seeking assurances from US President Joe Biden, who landed in Brussels on Wednesday (23 March) to attend EU, G7 and NATO summits.

“Tomorrow, I will discuss with President Biden how to prioritise LNG deliveries from the United States to the European Union in the coming months,” European Commission president Ursula von der Leyen said on Wednesday (23 March).

“We are aiming to have a commitment for additional supplies for the next two winters,” she told EU lawmakers in Brussels.

On gas, Azerbaijan, Qatar, the US, and Scandinavian countries are considered the main options among EU countries, while on oil, many are turning towards Saudi Arabia and the United Arab Emirates.

A few countries see renewable energies as a pivotal solution but immediate plans for green energy production are generally postponed. Coal remains a backup option for Germany and the Czech Republic.

All strategies to end dependency on Russian resources will take time, though.

Some countries, like France, Slovakia, and the Czech Republic, believe this goal can be reached by the end of the decade. The only exception is Italy. Although the country imports 40% of its gas from Russia, ENI CEO Claudio Descalzi said Italy could end its dependence on Russian gas by 2023.

According to draft conclusions from the EU summit on 24-25 March, EU leaders are expected to vow to “work together on the joint purchase of gas, LNG and hydrogen”.

However, finding alternatives to Russia’s energy supplies will be a tough equation.

The Balkans and Southern Europe

Most southern European countries are trying to reinforce connections with North Africa and the Balkans, with new gas and electricity connections.

For Greek PM Kyriakos Mitsotakis, the main priority is to strengthen the country’s electricity interconnection with Egypt. Environment minister Konstantinos Skrekas told the press that the connection will be created through a submarine cable.

“In addition, we are also looking at strengthening our cooperation with neighbouring countries in the Balkans. Our country already imports energy from Bulgaria, part of which is produced by the existing nuclear power plant there. Our aim is to conclude long-term bilateral contracts, which will ensure a stable energy supply at very low prices and contribute to the competitiveness of our economy” the ministry added.

Plans are in place to improve the gas submarine storage facility in Kavala and the government also plans to construct a second floating LNG terminal in Alexandroupolis.

Bulgaria depends heavily on Russian energy, importing between 70-90% of its gas and 60% of its oil from Moscow. However, the government is determined to end this dependency.

The government wants to avoid signing any new contract with Gazprom this year and is considering importing gas from Azerbaijan through Greece. The gas pipeline through this channel is expected to be launched in the autumn of this year. Additional quantities of LNG are expected from the terminal in Alexandroupolis, in which Bulgaria has a stake.

Romania is less dependent on Russian oil and gas compared to other countries in the region. Energy minister Virgil Popescu said the country is expected start extracting gas from the Black Sea this year, which may add roughly one billion cubic meters of gas annually. However, this investment, as well as a larger one, depends on changes to the offshore law, which a fast adoption is expected.

A few days before the start of the conflict in Ukraine, Romanian energy minister Virgil Popescu had a series of meetings with officials from Azerbaijan, Bulgaria, Qatar, Saudi Arabia and Turkey to discuss new supply routes. Romanian officials also talked with Bulgaria and Greece for the interconnection of networks, so that Azeri gas can start flowing through the European grid.

Slovenia mulls increasing imports from North Africa through Italy’s pipeline system. The government is in talks with Algeria, already a major supplier for Slovenia, to restart supplies. They are discussing pipeline availability with Italy and potential supplies through the Croatian LNG terminal in Krk. Slovenian President Borut Pahor and energy minister Jernej Vrtovec recently visited Qatar to discuss the gas situation.

Italian foreign minister Luigi di Maio has begun a tour of countries with resources to create sustainable alternatives. After Algeria, Qatar, Congo and Angola, the minister announced an agreement with Mozambique. However, these initiatives do not seem to be enough to fully replace Russian gas and oil dependency. Rome imports 90% of its annual gas supplies and 45% of it comes from Russia.

Spain is the least affected by a possible energy embargo on Russia, as it imports less than 10% of its gas from there. Most of its gas come from Algeria, while coal is imported chiefly from Colombia and Indonesia.

The UK imports only 4% of Russian gas. However, despite pressure from Conservative MPs, ministers have ruled out fracking for shale gas as an option.

Instead, the government says it will increase investment in North Sea oil and gas exploration and increasing the share of renewable energy production.

PM Boris Johnson will travel to Saudi Arabia and mulls visiting Qatar, despite the opposition being against such a visit for political reasons.

France is not dependent on Russian resources: between 20 and 30% of gas and 10-20% of oil is imported from Russia. Prime Minister Jean Castex stressed the need to increase LNG import capacity and the development of renewable energies.

While Germany is heavily dependent on Russian gas, it is not worried about securing sufficient supplies of oil. However, the country has put in place coal power generation as a backup strategy. German Vice-Chancellor Robert Habeck visited the US, Norway, Qatar and the United Arab Emirates to secure LNG and as much pipeline gas as possible.

Last year, The Netherlands spent €16 billion on Russian fossil fuels. While the government is still discussing a long-term solution to phase out Russian gas, they are taking measures to increase import capacity of LNG. A reopening of the giant but depleting Groningen gas field has been ruled out for now, although pressure is mounting on the Dutch government to reconsider its decision. The country is also trying to speed up investments and efforts towards sustainable energy.

Finland has the Baltic connector as an alternative. However, most of its energy supplies currently come from Russia.

In Poland, PKN Orlen (the main Polish state-owned oil industry company) does not make explicit declarations regarding future term contracts for Russian oil. It claims that the oil port in Gdańsk is sufficient to ensure supplies in the event of an embargo. However, it is still not clear where exactly Poland would import oil from as refineries are unanimous in the country. For gas, the country awaits the launch of Baltic Pipe to import Scandinavian gas.

Slovakia is almost completely dependent on Russian gas (85 %) and on oil imports, however, the country has the intention to become less and less dependent.

The Slovak government relies on LNG imports from the terminal on Krk in Croatia, whose gas should come from the US. The country has a relatively large gas storage capacity, and the government is foreseeing filling the storage before next winter.

According to opposition party leader Robert Fico, a potential halt to Russian supplies would mean rising energy prices and the loss of a significant portion of government revenue from transit. “For the US, stopping gas and oil supplies from Russia to Europe is a win on all fronts. For Europe and especially dependent Slovakia, it is a pure catastrophe. A sharp increase in the price of everything, a drop in economic output, a drop in living standards,” he added.

After the outbreak of the war, the Ministry of Economy first reassured that even if Slovakia ran out of strategic oil reserves (currently for four months), the country should still be able to draw it through the Adria oil pipeline, which can be filled from the Croatian port of Omisalj. However, technological problems would still remain in place to synthesise the refined product.

The Czech government has so far not confirmed any alternative imports or plans, however, gas imports from Norway are under discussion. Czech Parliament speaker Markéta Pekarová Adamová visited on Monday (21 March) her counterpart in the United Arab Emirates, Saqr Ghobash. According to Pekarová, energy security was among the topics.

However, the Czech economy is still highly dependent on coal. It is expected that due to the energy crisis, the planned coal phase-out will be postponed. The country also wants to build a new nuclear unit by 2036.