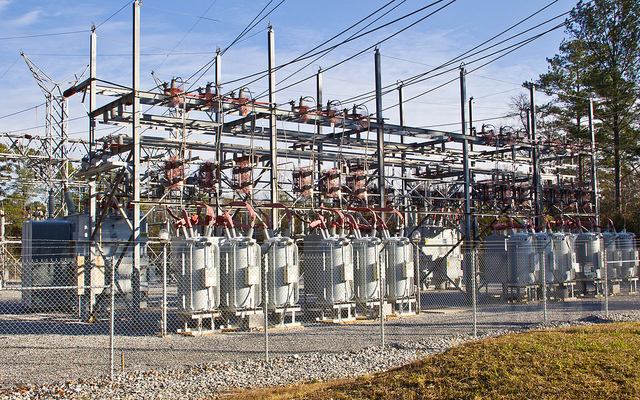 Foundations for an energy storage plant in Ireland that could “revolutionise” the integration of renewable power into electricity supplies will be laid within weeks.

The plant will use a motor-generated flywheel to harness kinetic energy from the grid at times of over-supply. This will then be released from submerged turbines at times of supply shortfalls.

The project in Rhode, County Offaly, is expected to launch commercially in 2017, with an operating capacity of 20MW.

Although the system will initially feed off all energy in the grid – clean and dirty alike – it has the potential to resolve the transmission system operators’ dilemma of how to store large amounts of energy created during windy or sunny conditions for instantaneous use when the weather changes.

At the moment, such energy shortfalls are compensated for with fossil fuel generators such as coal or gas-fired power plants, or by hydro pump storage. Unlike conventional coal and gas generators which have an efficiency ratio of 35-40%, the flywheel operates at upwards of 85-90% efficiency.

“The hybrid flywheel is a disruptive innovation with the potential to revolutionise the system services market, decoupling its provision from electricity generation by delivering energy-less system services,” Jake Bracken, a research manager for the Schwungrad Energie project, told the Guardian.

“In Ireland we have a 50% maximum limit on the amount of intermittent renewable energy that we can take on at any one point. But Eirgrid [the Irish transmissions systems operator] is looking at increasing it to 75% over the next decades and our system has the potential to facilitate that,” he said.

In flywheel plants, advanced carbon fibre tubes up to 3m high and 1m wide are floated on magnets inside a vacuum, and spun by electricity in a near frictionless environment, until power is needed back in the grid.

The technology’s impact will be keenly watched in Brussels, where the EU’s vice president for energy union, Maroš Šef?ovi? last week called for an overhaul of Europe’s last-century grid networks for a future in which they will carry data, products and services, as well as energy.

“Smart grids will do for us what shale gas did for the United States,” he told a Brussels conference. “Smart grids should become the EU’s shale as, if we had them today, we would need 30% less transmission capacity.”

The EU envisions a future in which grids become immediately responsive to consumer demand, allowing people to sell back surplus electricity from their solar panels or electric cars to the electricity network. This would singularly reduce the power of energy utilities, but would require investment now.

Currently, “you have many streets in the EU where, if you plugged in five electric cars at the same time, you would blackout the neighbourhood,” Šef?ovi? said. “We will soon be talking about many thousands of electric cars on our roads and for that we need to make sure our grids are smart, resilient and can handle new demands that are not here today.”

One of the Irish project’s co-designers, professor Noel Buckley of the University of Limerick, said that it would be able to match variable renewable energy supplies to consumer demand, whenever it arose.

“The grid is designed to run at 50 hertz and when there is an imbalance between supply and demand, the frequency starts to change,” he told the Guardian. “When wind goes down, generating capacity goes down, and even if the wind comes back up in a few minutes, you need to have some energy to put back into the grid in the short term.”

By using back-up flow batteries which store electricity in tanks in a liquid form, “you can scale up your power and storage capacities separately so that, in principle, the storage can be unlimited,” he added.

So far the technology has only been used on a limited basis in the US, but the Irish project is already attracting interest from national grids across Europe, which plan to increase their renewable energy penetration in the years ahead.

The flywheel project has received funding from the European Commission and the Irish government. It is expected to create 50 new jobs.