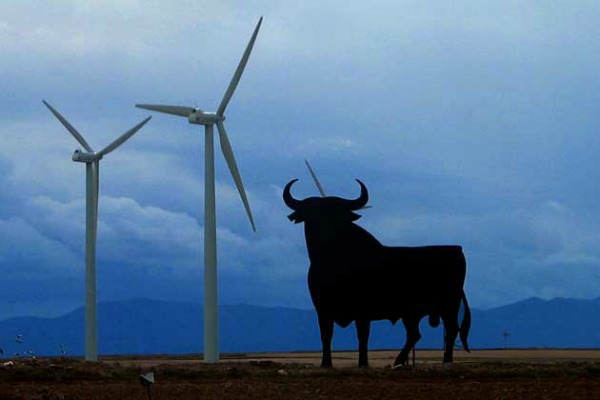 EXCLUSIVE / A draft new law seen by EURACTIV that is supposed to clarify how and when state aid can be used by EU states without need to notify the European Commission has been dubbed “a huge mess” that could render the EU’s energy rules incoherent, by lawyers.

The General Block Exemption Regulation (or Gber) was meant to outline the precise circumstances in which EU states could, among other things, fund small scale renewable energy and energy efficiency projects, without triggering a process of increased scrutiny from Brussels.

But under the new regulation’s ‘Article 43’ dealing with environmental taxes, governments could hand out tax holidays without requiring any efficiency savings in return. Legal sources say that this wording could even be used to exempt energy intensive industries from environmental legislation – the polar opposite of the guidelines presumed intent.

“It offers the same reduced tax burden, but with no requirement for the recipient to make efficiencies in their energy use,” she added. “The Commission should remove this issue from the text completely.”

In keeping with expectations, the paper, which was prepared by the EU’s Competition directorate (DG Competition), does exempt renewable projects that create less than 125MW (megawatts) of power from state aid prohibitions. But in different clauses, it also offers contradictory guidance on whether ‘competitive bidding procedures’ should have been followed first.

One result, according to Kleis, could be increased uncertainty for investors who would be left hanging on the interpretation that member states choose to gave the new rule.

“It is a huge mess,” she said. “It is amazing how contradictory some the statements are, and if you have a confusing document which gives room for lots of interpretation, it allows for a lot of loopholes. In energy, where we are trying to go to a more sustainable sector, it is very dangerous, as member states can do much more [emissions] than should be allowed.”

The regulation would not allow a ‘grace period’ for renewable firms to transition to the new rules and could also result in increased scrutiny and administrative hurdles for small renewable support schemes and new entrants, analysts say.

Where energy efficiency is concerned, the regulation would permit a slight increase in allowed aid intensity from a previous draft to between 30% and 50% (from 20-40%).

Manon Dufour, a senior policy advisor at E3G, an environmental think tank, said that the block exemption for efficiency funds was “a crucial step” to scale up investment but that it must not be made at the expense of other efficiency measures.

“DG Competition is proposing to halve the allowed support to other energy efficiency measures compared to the previous regulation,” she told EURACTIV in emailed comments.

“This effort to limit aid to energy efficiency is unreasonable given the pervasive market failures this sector is suffering, and its huge benefits in terms of fuel poverty, energy security, competitiveness and jobs,” Dufour added.

Some commentators though weighted the regulation’s pros and cons more finely. Randall Bowie, a chief consultant for Rockwool International, and board member of several efficiency NGOs, said that if member states were made aware of the regulation’s possibilities, it had some conspicuous bright spots.

“Although the aid intensity limitations are a disappointment, the increased and better defined possibilities for state aid for building renovation projects helps offset other weaknesses in the guidelines considerably,” he told EURACTIV.

“With loan guarantees, energy efficiency funds and other means, it seems clear that deep or comprehensive renovations of buildings, providing much greater increases in energy performance and energy savings than would otherwise have been reached, can now be allowed and encouraged.”

The draft regulation includes a section on energy infrastructure covering all generation sectors, also including transmission, distribution and smart grids (though not storage).

As with energy efficient district heating and cooling projects, the Commission would not need to be notified of aid for infrastructure projects amounting to less than €20 million.

Loans and guarantees to efficiency projects of under €10 million would also not require notification.