Connecting pipe sections above water. Two overlapping pipe ends of a pipe string have to be raised and cut on a pipelay ship before they can be welded together, 11 August 2019. [© Nord Stream 2 / Axel Schmidt]

The Danish Maritime Authority has said that construction will begin in January on the stretch in Danish waters of the disputed Nord Stream 2 pipeline, which is to bring Russian gas to Germany.

Work on the €10-billion pipeline resumed in German waters earlier in December after being suspended for nearly a year because of US sanctions.

Signed off by US President Donald Trump in late 2019, the measures threatened asset freezes and visa restrictions for companies involved in the construction.

In a notice to mariners published on Tuesday (22 December), the Danish Maritime Authority said that work on laying two gas pipelines would begin in Danish waters on 15 January.

Temporary prohibited areas would be established around the pipelaying and construction vessels, in which “unauthorised navigation, diving, anchoring, fishing and working on the seabed” would be banned.

A spokesman for the Nord Stream 2 consortium managing the project was unable to confirm the details and said he was “not in a position to deliver construction details.”

Trump’s administration has repeatedly slammed Germany and other European nations for their reliance on energy from Russia, with the president himself calling Europe’s biggest economy a “captive to Russia”. 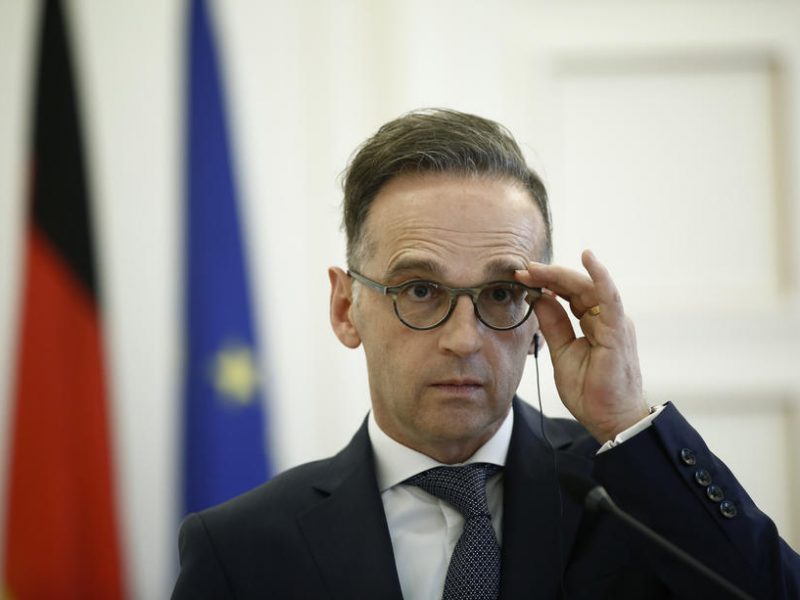 German Foreign Minister Heiko Maas said Monday (10 August) he had expressed “displeasure” to his US counterpart Mike Pompeo about Washington’s threat of sanctions against a German port over a gas pipeline from Russia.

Besides Russian giant Gazprom, which has a majority stake in the project, the international consortium involved in the pipeline includes European players such as Germany’s Wintershall and Uniper groups, the Dutch-British giant Shell, France’s Engie and Austria’s OMV.