Two overlapping pipe ends of a pipe string have to be raised and cut on a pipelay ship before they can be welded together. [© Nord Stream 2 / Axel Schmidt]

The move marks an escalation in the dispute opposing Nord Stream 2 and the European Commission, which carries risks for both sides. Settlements under the Energy Charter Treaty are sometimes in the billions of dollars. 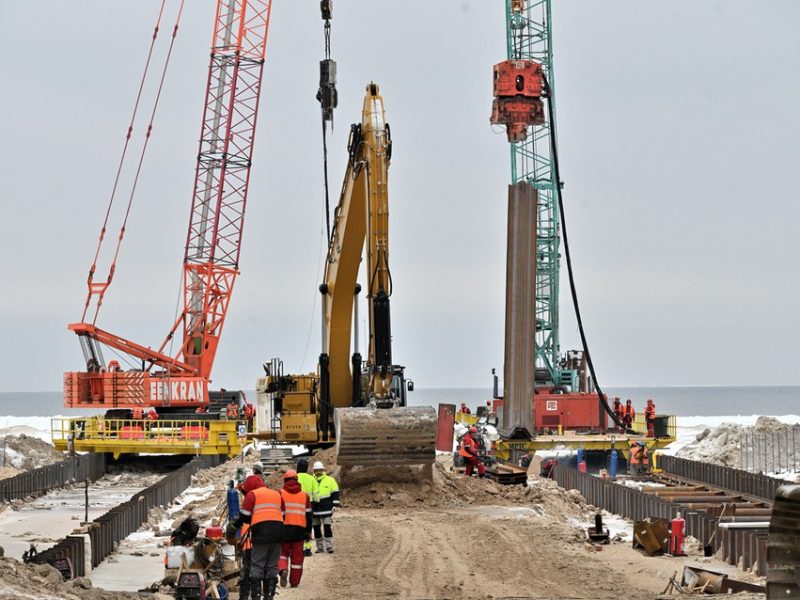 By amending its Gas Directive, Nord Stream 2 believes the EU has breached its obligations under Articles 10 and 13 of the Energy Charter Treaty, a legally-binding treaty originally signed in 1991 after the collapse of the Soviet Union.

The European Commission has come under pressure from Poland and the Baltic states to legislate on Nord Stream and tabled an amendment to the EU Gas Directive in November 2017.

Legal experts have recently argued that the amendment is drafted in such a way that all existing pipelines can enjoy a derogation from EU gas market rules under the updated Gas Directive, except Nord Stream 2.

Nord Stream 2 also announced it will go ahead with a legal procedure to annul the amended gas directive, for breaches of EU law before the Court of Justice of the European Union, which was submitted in July.

”These cases prove that the Energy Charter Treaty impedes the EU and its Member States from complying with the Paris Agreement,” said Lora Verheecke, trade campaigner with Friends of the Earth Europe.

“The Energy Charter Treaty is a clear and present danger to the urgently needed fossil fuel phase-out,” she said in reaction to the move by Nord Stream 2.

The European Commission has partly sided with the critics. In a reform proposal tabled earlier this year, it said the treaty was “outdated”, notably when it comes to investor protection clauses, climate change and the clean energy transition.

In July, EU member states have given the Commission a mandate to revise the treaty, saying the legally-binding charter must reinstate Europe’s “right to regulate” in areas like climate change and workers’ rights.

Friends of the Earth stated on Thursday: Today's news that Nord Stream II, the Gazprom-owned gas mega-pipeline is suing the European Union under the Energy Charter Treaty is another instance of the use of Investor-State Dispute Settlement (ISDS) by fossil fuel companies to resist the transition to renewable energy.

Other examples include the case against the Obama administration in the United States to halt the Keystone XL tar sands pipeline and the threat earlier this month by the German company Uniper to bring an ISDS case against the government of the Netherlands for its proposal to phase-out coal as a source of electricity.