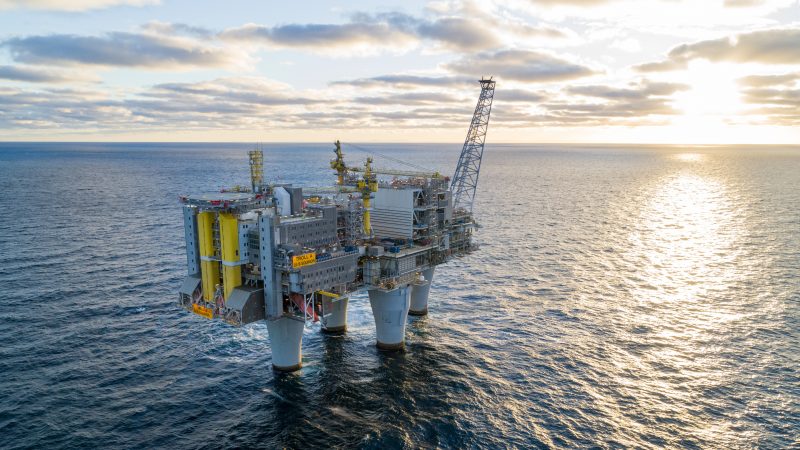 Norway on Friday began to pump natural gas from the third stage of its offshore Troll field, a development that will extend the deposit’s producing lifetime beyond 2050, operator Equinor said on Monday (30 August).

Norway is western Europe’s biggest producer of oil and natural gas, covering around 22% of the European Union’s annual consumption. Troll is its largest gas field, supplying around 8% of European Union needs, according to Equinor.

“The further development of the Troll field … reinforces Norway’s ability to secure gas deliveries to Europe in the coming decades,” the company said in a statement.

The startup comes as Russia and Germany are still seeking to overcome US objections to the Nord Stream 2 pipeline, a much-delayed project that has caused debate over Europe’s reliance on Russian gas.

Recoverable volumes from Troll’s phase 3, which will produce the Troll West gas cap, are estimated at 347 billion cubic metres (bcm) of gas, or around 2.2 billion barrels of oil equivalent, Equinor said.

The Troll field’s initial gas output came on stream in 1995, followed soon after by a parallel oil-production stage.

By reusing existing infrastructure, notably the Troll A platform and the Kollsnes processing plant, the third-phase development cost just 8 billion crowns ($918 million), well below the equivalent cost per bcm of both previous stages, Equinor added.

“Troll phase 3 is one of the most profitable projects throughout Equinor’s entire history,” it said.

Annual revenue for the Norwegian government from the latest development is expected to average more than 17 billion crowns, the company said.

Equinor’s move comes amid calls from policymakers in Europe to rein in fossil gas consumption as part of efforts to contain global warming.

Earlier this year, the European Union adopted a landmark Climate Law aimed at reducing greenhouse gas emissions by 55% by 2030 – a move it said will put the EU on track to reach climate neutrality by mid-century, in line with the bloc’s international commitments made under the Paris Agreement.

Achieving the EU’s updated climate target “would result in a new and greener energy mix,” the EU executive says. “By 2030, coal consumption would be reduced by more than 70% compared to 2015, and oil and gas by more than 30% and 25%, respectively,” it said when presenting its climate policy proposals last year.