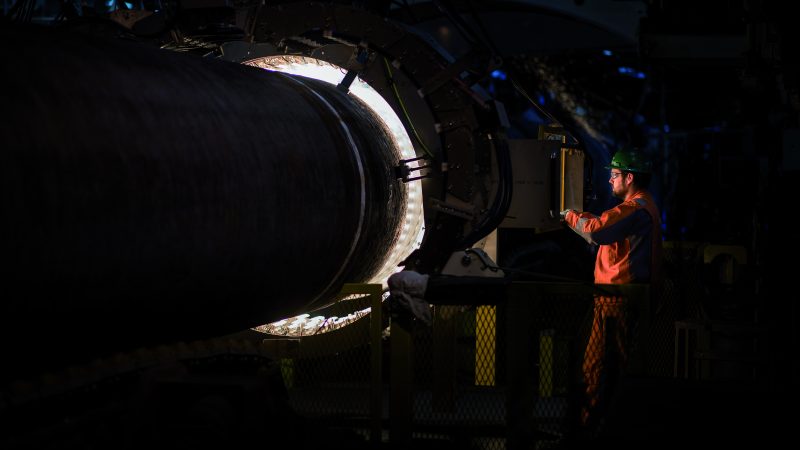 The Russian-owned Nord Stream 2 pipeline consortium filed a notice in September 2019, asking a tribunal of private arbiters to determine whether the European Union is in breach of its obligations under the Energy Charter Treaty (ECT). [© Nord Stream 2 / Axel Schmidt]

A cross-party coalition of Parliamentarians from across the EU issued a joint statement on Tuesday asking for a fundamental rewrite of the little-known Energy Charter Treaty.

The treaty’s initial objective was to shield oil and gas companies from “political risk” when investing in the former communist bloc after the collapse of the Soviet Union in the early 1990s.

But it has now become “a serious threat to Europe’s climate neutrality target and more broadly to the implementation of the Paris Agreement,” which binds its 175 signatories to cap global warming at 2°C maximum, the lawmakers argue.

Cumulative greenhouse gas emissions protected by the ECT, since its entry into force in 1998, are equivalent to three times the remaining EU carbon budget for the 2018-2050 period, the lawmakers write, saying the ECT became “obsolete” since Russia’s withdrawal from the treaty in 2009.

“We, members of the European and National Parliaments, require EU negotiators to ensure that the provisions in the ECT that protect foreign investment in fossil fuels are deleted and thus removed from the ECT,” the joint statement said.

“If this is not achieved at the end of the 3rd negotiation round planned for the autumn, we ask EU member states to explore pathways to jointly withdraw from the ECT by the end of 2020,” they warn.

The missive was signed by close to 150 lawmakers from across the EU and national parliaments, mainly belonging to the greens, socialists, leftists and liberal political parties (full list and joint statement available here). 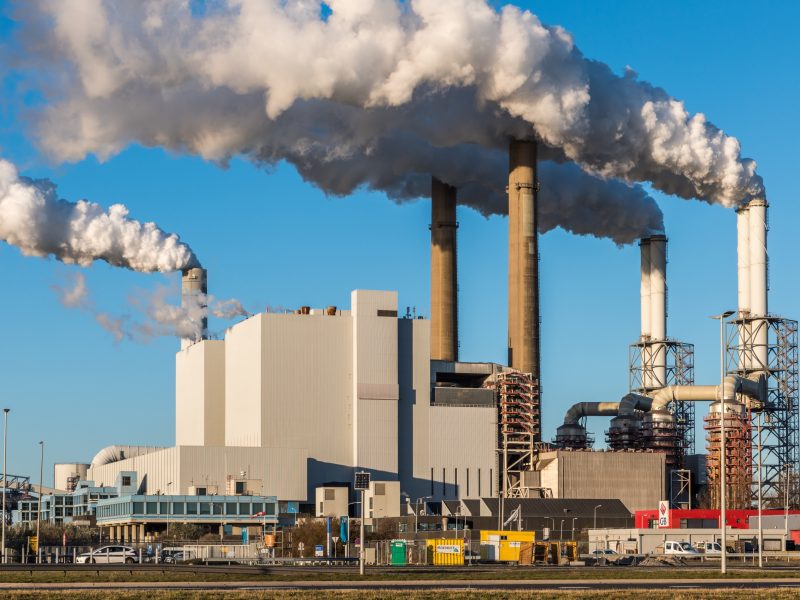 The Energy Charter Treaty, which dates back to the 1990s, severely restricts Europe’s ability to change regulations in the energy sector, with many EU member states facing court actions worth billions of euros, write a group of MEPs. If the treaty cannot be reformed, then it must be scrapped, they argue.

EU countries gave the European Commission a mandate last year to revise the 1991 Energy Charter, saying the treaty must reinstate Europe’s “right to regulate” in areas like climate change and labour rights.

The Commission has called the treaty “outdated”, notably when it comes to its controversial ISDS arbitration clause, which refers potential litigations to private tribunals. Brussels has proposed instead to refer cases to a future “Multilateral Investment Court” which is currently being negotiated at the international level.

But talks to reform the treaty have so far yielded few results and critics say there are little incentives for countries to close a deal, which requires unanimity approval and ratification from all 53 signatories.

“Countries like Azerbaijan, Turkmenistan, Kazakhstan, Mongolia and Uzbekistan, with high contribution from fossil fuels to their GDP, are unlikely to vote to phase-out fossil fuels in the ECT,” said Yamina Saheb, a former employee at the ECT secretariat in Brussels.

“It is also hard to imagine Japan voting for the phase-out of fossil fuels given the Japanese leadership in investments in coal in developing countries,” she wrote in a recent opinion piece on EURACTIV. 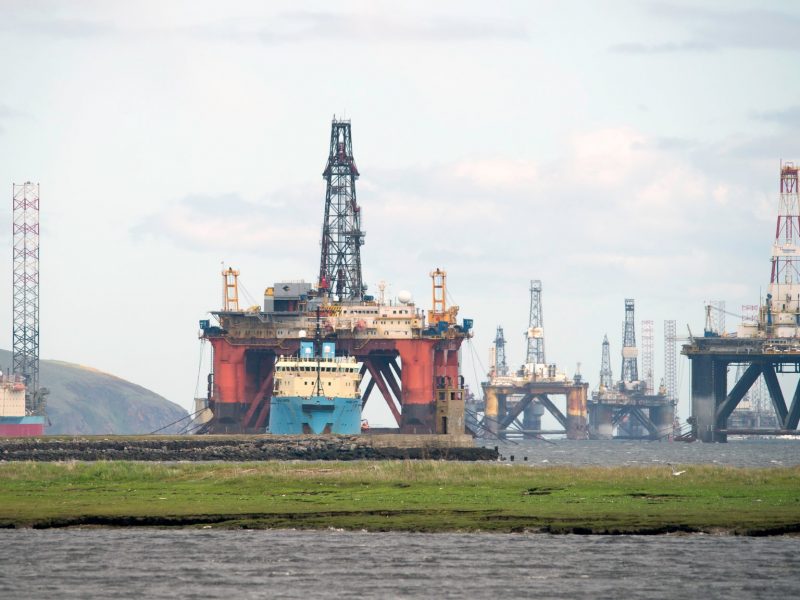 The German Presidency should end the comedy of the modernisation of the Energy Charter Treaty and work on a decision to withdraw en masse from the treaty without further delay, argues Yamina Saheb.

Urban Rusnák, the secretary-general of the Energy Charter Secretariat, which oversees the negotiations, admitted that finding an agreement will not be easy.

“The high number of topics involved (investment, transit, sustainable development and other relevant aspects), the number of delegations (much higher than any other multilateral agreement negotiated recently) and the complexity of some topics require time,” he told EURACTIV in emailed comments.

For those reasons, he said, “it would not be realistic to expect a final document in just half a year,” especially since negotiations are held in two languages – Russian and English – and aim at reaching consensus.

However, he also expressed hope that an agreement will eventually be reached. “The high participation – both in numbers and level of participants – shows the strong political interest of Contracting Parties to modernise the ECT,” Rusnák told EURACTIV.

All eyes are now turning to the European Commission, which is expected to make a move ahead of the second round of talks this week.

“Not a lot happened in the first round,” said Claude Turmes, the energy minister of Luxembourg, who attended an online debate on the ECT organised last week by the European Environmental Bureau (EEB), a green NGO.

“And the problem is not Japan or Kazakhstan, the problem is the EU,” he said, pointing out that the European Commission has so far only proposed a reform of the treaty’s arbitration system, aimed at aligning the ECT with recent EU Court of Justice rulings.

In particular, the “central question” of whether the Energy Charter Treaty is compatible with the Paris Agreement on climate change “has not been discussed” internally at EU level, said Turmes.

“We need [Frans] Timmermans to be in the game,” Turmes said, referring to the Commission vice-president in charge of the European Green Deal, who is leading the EU’s agenda on climate change.

The good news, he added, is that the Commission has now promised to table a mandate covering the energy and political substance of the negotiations. Turmes said the mandate would be submitted “in the next days” to the energy working group in the EU Council of Ministers, which represents the 27 EU member states.

But he warned time was running out, saying the EU needed to agree on a mandate before 15 October in order to be ready for the third round of negotiations in December.

Failing that, “the EU would have no other option than to collectively step out” of the treaty, Turmes said, adding this option was raised by France during internal EU talks at the last Energy Council working group.

Stepping out is not France’s preferred option, however. Marjolaine Meynier, a lawmaker from the En Marche! party of President Emmanuel Macron, said the first priority is to reform the treaty in order to align it with the Paris climate goals.

“There is something that concerns me about ditching the treaty entirely,” she told the online event last week. “It’s tempting and maybe we will end up doing just that,” she said, but the general public expects greater protection from the fossil fuel industry, which would be better achieved by a reform process.

“In the end, I hope European countries can take a stand that we can all be proud of,” she said.

Sandra Beckerman, a lawmaker from the Socialist Party in the Netherlands, was less optimistic about the outcome. “One of the problems with these negotiations is that they can take years and years. And I don’t have the feeling that it will go in the right direction in the end. We should really consider radical options already now,” she said.