“If the industry wants to survive and contribute to the energy transition it has to adapt,” said Tim Eggar. [Equinor]

Shifting public attitudes towards climate change is “the biggest challenge” facing the oil and gas industry, Eggar said in a speech to industry leaders this week.

“Clearly, climate change is happening right now. That debate is over,” he told industry delegates in Aberdeen, according to a transcript of his speech published on the OGA’s website.

The oil and gas industry must “act much, much faster and go farther in reducing the carbon footprint” he said, adding: “This requires ambitious thinking, capital investment and bold leadership. Action not just talk or more analysis.”

Failing to do so would have dire consequences for the oil and gas sector, Eggar warned, saying the industry’s very survival is at stake.

“The licence to operate for the industry has changed fundamentally and – unlike the oil price – forever,” he said. “If the industry wants to survive and contribute to the energy transition it has to adapt,” he stressed. 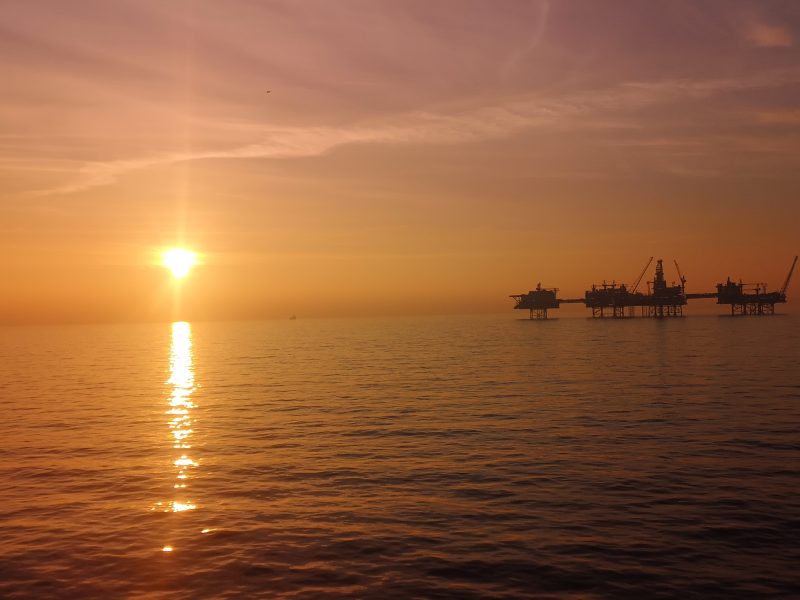 The European Union took the lead in the fight against global warming last month when leaders agreed an objective of reducing greenhouse gas emissions to net-zero by 2050.

Climate change “is an existential issue for Europe – and for the world,” said Ursula von der Leyen, the president of the European Commission, as she unveiled a European Green Deal last month aimed at turning Europe into the world’s first “climate neutral” continent.

But as EU policymakers wax lyrical about their climate ambition, attention is rapidly shifting to implementation. And the oil and gas sector’s plans are currently insufficient, Eggar suggested, listing some short-term actions that the industry could take ahead of the UN climate summit in Scotland later this year.

“How about serious work having started on at least two – and ideally more – major projects for starters?” he suggested in reference to CCS.

The OGA is not alone in ringing the alarm bell in the oil and gas industry. Tim Eggar is “absolutely right,” said François-Régis Mouton, director of EU affairs at the International Oil & Gas Association (IOGP).

“Business as usual will not be an option for anyone in a carbon neutral economy,” Mouton told EURACTIV. “We are fighting an uphill battle in the climate discussion today,” he admitted.

But while oil and gas firms “may be losing the debate now,” Mouton said he was confident they “won’t lose the battle tomorrow.”

“At the end of the day we will demonstrate why we are still a big part of the solution and credible partners in the transition: we will keep on reducing our own emissions, but also deploy CCS, hydrogen from natural gas and CCS and other renewable or low-carbon technologies at scale,” he said.

Green activists, for their part, cautiously welcomed the OGA statement.

“We need to look at actions, not words,” said Julia Poliscanova, director for clean vehicles and e-mobility at green campaign group Transport & Environment (T&E). And actions in the recent past have tended to undermine climate goals, she said, citing industry-sponsored research on batteries and cobalt that were aimed at undermining electric mobility.

To her, the industry indeed faces an existential threat. “Moving to net-zero emissions does pose some fundamental questions about reliance on oil and gas. It simply shouldn’t be extracted or refined in the future,” she told EURACTIV.

“Gas doesn’t have any significant benefits in terms of CO2 emissions and air quality. So if they’re serious about climate, the industry should stop greenwashing gas,” she told EURACTIV.

One major sticking point for T&E is the industry’s current promotion of synthetic fuels and synthetic hydrocarbons.

“There is certainly a role for synthetic fuels in energy intensive industries and aviation which are hardest to decarbonise,” Poliscanova said.

“But that role is limited and the industry’s claims that those fuels can be used in cars, trucks, etc. are a dangerous distraction. Those technologies are expensive, inefficient, and less clean on a life-cycle emission basis so there’s no point investing in them where better alternatives like batteries exist.”

Ultimately, Poliscanova said the industry’s action will speak louder than words. “If they’re serious about climate change, oil and gas firms should invest in zero-emission technologies of the future, like batteries and green hydrogen.”