In order to stabilise the global economy, a "regulated exit from fossil capital must now be organised", said the co-author of the study and energy strategist at Carbon Tracker, Kingsmill Bond. [Kendall Anderson/ Shutterstock]

The reason for the sharp drop in value is the oversupply and fall in demand for oil, while renewable energy sources are expanding.

In its study, Carbon Tracker relied on the World Bank’s calculation models. However, these are based on the assumption that demand for fossil fuels will be in line with the Paris Climate Agreement and will fall by 2% annually, although this has never happened before.

Although gas imports to the EU increased by 8% in the last quarter, most of it in the form of liquefied natural gas (LNG), the International Energy Agency (IEA) expects a significant drop in primary fossil energy sources this year. The IEA’s report foresees that demand for oil could fall by 9%, while the need for coal and natural gas could decline by 8% and 5% respectively.

Most recently, the COVID-19 pandemic had shaken the global oil markets and in April led to a negative oil price of -40 USD for the US grade WTI for the first time.

Since then, the market has slowly recovered. 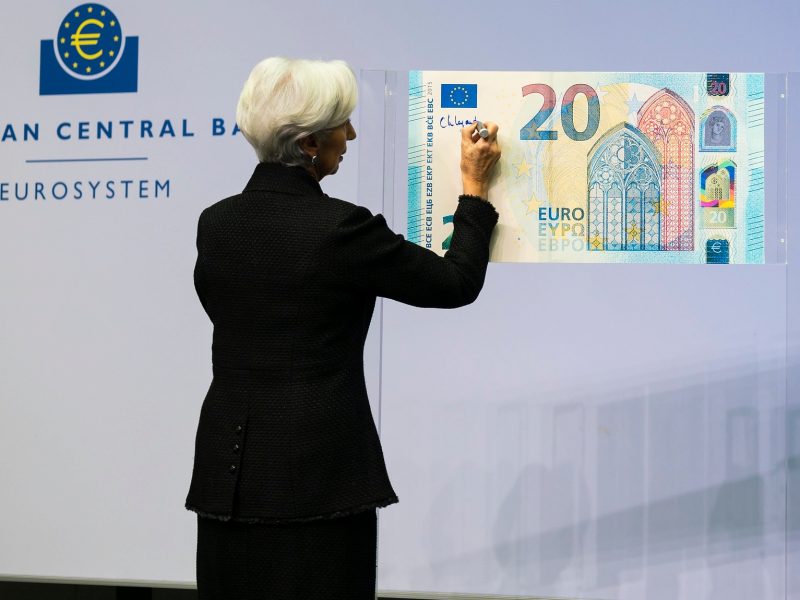 “We are currently experiencing the decline of fossil fuels,” said Kingsmill Bond, a co-author of the study and energy strategist at Carbon Tracker.

According to him, political decisions and technical innovations will rapidly reduce demand in the various sectors, accelerated by the coronavirus pandemic. “We may now already be seeing the peak in demand for fossil fuels,” he added.

Thousands of coal-fired power plants are still being built

If the predictions prove right, a huge industry could face financial ruin.

Every year, around $5 trillion is being invested in fossil infrastructure, the report states. The global fossil supply chain is worth $32 trillion, including the manufacture of power plants, cars, trucks, aircraft and ships, as well as the steel, cement, petrochemical and aluminium industries. This is backed by huge investments in the financial markets.

According to the study, almost a quarter of the global stocks and 53% of bonds worldwide are invested in the fossil fuel sector.

In its calculations for March, the think tank estimated that investments in fossil fuel infrastructure are no longer worthwhile as investors in coal-fired power plants could suffer losses of more than $600 billion.

Yet, according to the study, there are still almost 6,700 coal-fired power plants in operation worldwide, and another 1,046 power plants are currently planned for construction, mainly in China and India.

For instance, Germany connected to the grid its last coal-fired power plant, Datteln 4, only last week, on 30 May, despite the country’s decision to phase out coal.

In order to stabilise the global economy, a “regulated exit from fossil capital must now be organised”, said Bond, noting that anything else would only be an attempt to “preserve the unsustainable”.

In the EU, the guidelines for decarbonisation are currently being laid down as part of the European Green Deal. In November, EU member states had agreed not to inject any more money into fossil fuel projects via the European Investment Bank in the future.

Even the EU €750 billion recovery package presented last week by the European Commission will only promote investments that are considered sustainable and follow the “do no harm” principle. At the same time, billions of euros are still flowing into fossil infrastructure.

In February, despite heated internal debates, the European Parliament had waved through the so-called PCI [Projects of Common Interest] list, a third of which is made up of gas projects.

“We are trying to stay as far away from fossil fuel projects as possible,” Commission Vice-President Frans Timmermans, who is in charge of the European Green Deal, said last week. “But natural gas, in particular, will probably be needed in the coming years to switch from coal to sustainable energy,” he added.