This article is part of our special report Energy efficiency services.

A survey of energy services providers in 15 European countries showed that most companies in the sector (41%) experienced only “slight growth” in 2019, while 31% reported “little change” in activity.

“Lack of trust” in the industry and the high cost of projects were the main factors hampering growth in the sector, according to the online survey, which covered Austria, Belgium, Bulgaria, the Czech Republic, France, Germany, Greece, Italy, Latvia, the Netherlands, Portugal, Slovakia, Slovenia, Spain, and the UK.

By far the most dynamic market in 2019 was the Netherlands, where almost 60% of firms reported “major growth”, followed by Belgium and the Czech Republic. But that was mostly offset by other markets like Spain, Germany and Austria where 20-30% of firms reported a “major decline” in business activity.

In countries like Slovakia, a dearth of public subsidies was identified as “a big barrier” to the uptake of energy efficiency services. But in other countries like Germany, the survey highlighted “lack of demand” as the main barrier, more than a lack of trust or finance.

“Energy is pretty cheap in Germany so clients don’t see the need to invest money in implementing energy saving measures,” said Stefan Schulze-Sturm from ASEW, the largest network of energy suppliers in Germany.

“In other countries, the increase in energy price was a key driver. So we would need that as well in Germany” to boost demand for energy efficiency services, Schulze-Sturm told an online seminar last Wednesday (17 June).

Energy providers in Germany are also “very risk averse” and “they’re not very keen to give guarantees” to clients on energy savings gained from building renovation and refurbishing programmes, he said. 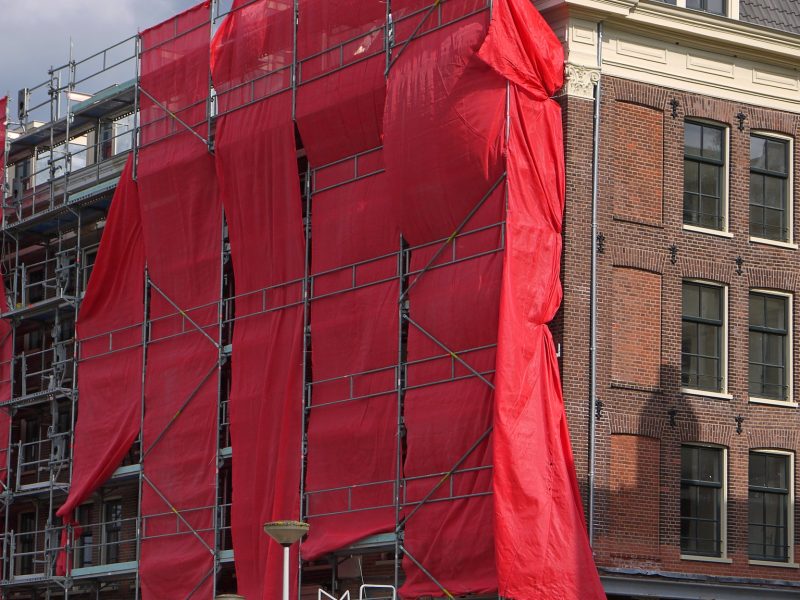 Energy performance contracts commit service providers to the achievement of energy savings over a set period of time, often in public buildings like hospitals, municipal offices, schools or swimming pools.

The main advantage of these contracts is that they offer guaranteed savings to municipalities: when energy savings objectives are not met, the service provider must reimburse the client or carry out additional work to fill the gap.

But “the complexity of the concept” and a “lack of information” on the expected outcomes are fuelling scepticism about the industry, said Jana Szomolányiová, from the Energy Efficiency Center in Prague (SEVEn), who presented the results of the survey during last week’s online seminar.

Lack of information and trust is among the “recurring themes” that have come up in surveys carried out on a regular basis since 2013, said industry expert Nick Keegan, who moderated last week’s online seminar.

To improve trust, the European Commission put together the QualitEE project, which aims to develop a standardised set of quality criteria that can be applied across the industry.

The most successful companies are those which carry out preliminary energy audits with their clients, accompanied by clear measurement and verification of energy savings to achieve the expected outcomes, the survey found.

As a result, energy service providers that obtain a quality assurance scheme “would probably gain a competitive advantage on the market,” said Szomolányiová, who took part in the QualitEE project.

However, the costs associated with quality assurance schemes is a main drawback and should be limited as much as possible in order not to create new market barriers, she cautioned.

The quality of energy services will feature among the topics addressed in the upcoming review of the EU’s Energy Efficiency Directive, expected in June 2021, said en EU official at the European Commission’s energy directorate who took part in the online seminar.

“We have started a process of assessing the entire directive to see how it can deliver higher climate ambition for 2030,” the official told participants at the event.

Article 16, which deals with qualification, accreditation and certification schemes, will be “quite crucial for energy efficiency services,” the official pointed out, because “having the right skills available in the member states will play a key role to ensure the right level of quality”.

The immediate policy focus, however, is the EU building renovation wave, which the Commission is planning to launch in September.

First announced last year by Commission Executive Vice-President Frans Timmermans, the building renovation wave has since moved up the EU’s order of priorities, as a way to the lift the European economy out of the COVID-19 slump.

The initiative will aim to “at least double the annual renovation rate of existing building stock” which currently stands at around 1%, the Commission said in its €750 billion recovery package.

“We are aiming for hospitals, schools and SMEs as the first target areas for investment because these sectors are particularly affected by the crisis,” said Kadri Simson, the EU’s energy commissioner, who spoke in the European Parliament last month.

Buildings are responsible for 40% of the EU’s total energy consumption, making renovation a central element of the EU’s strategy to reach net-zero emissions by 2050.

“All indicators should now be pointing in the right direction to drive growth” in the energy services industry, said Nick Keegan who was involved in supervising the EU’s QualitEE project.

“The untapped potential in terms of energy savings is huge,” Keegan told EURACTIV in an interview.

“So, the more we can drive standardisation, the more these small-sized projects can be aggregated. And that could make a big difference in terms of reducing our energy consumption and reaching our long-term climate goals,” he said.