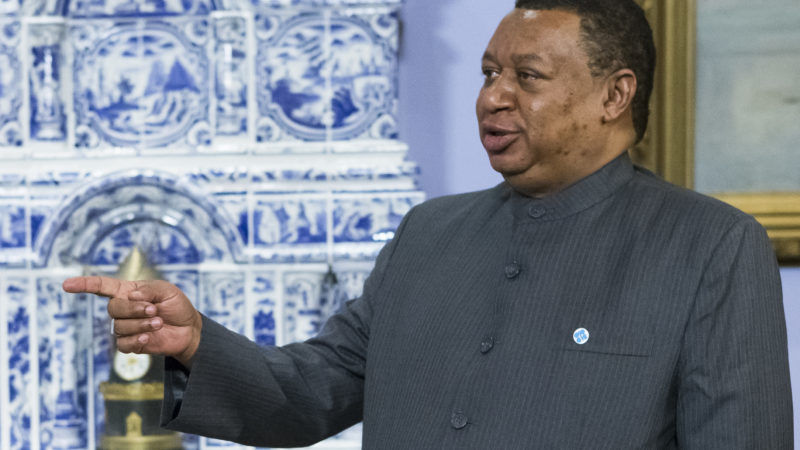 OPEC Secretary General Mohammad Sanusi Barkindo gestures as he waits to meet Russian Prime Minister Dmitry Medvedev (not pictured) during their meeting at the Gorky residence outside Moscow, Russia, 31 May 2017. [Pool/EPA]

OPEC’s Secretary General Mohammed Barkindo called on US shale oil producers on Tuesday (10 October) to help curtail global oil supply, warning that extraordinary measures might be needed next year to sustain the rebalanced market in the medium to long term.

“We urge our friends, in the shale basins of North America to take this shared responsibility with all seriousness it deserves, as one of the key lessons learnt from the current unique supply-driven cycle,” said Barkindo.

OPEC, others may take some extraordinary measures in 2018 to rebalance oil market: Barkindo – Read at Business I: https://t.co/ue092VkUDP

The comments by the Organization of the Petroleum Exporting Countries official came during a speech delivered at a conference in New Delhi.

While OPEC and some other producers, including Russia, have cut supplies this year in order to prop up prices, US production has soared by almost 10% this year, driven largely by shale drillers. Barkindo said he hoped that new producers, not just US shale drillers, would join production cuts.

On Monday, Saudi Arabia cut crude oil allocations for November by 560,000 barrels per day (bpd), in line with the kingdom’s commitment to the OPEC-led supply reduction pact. 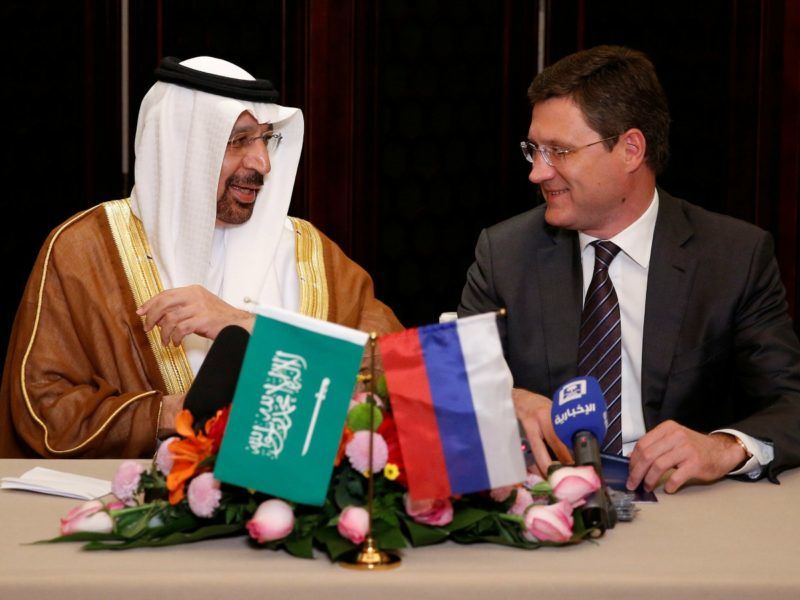 Still, the top oil exporter plans to ship slightly above 7 million bpd next month, up from low levels during summer when domestic demand was at its peak.

On Sunday, Barkindo said OPEC and other oil producers might need to take “some extraordinary measures” next year to rebalance the oil market.

Looking ahead, the official said by 2040, oil and other fossil fuels would account for 70% of the global energy basket.

Barkindo’s bullish forecast runs counter to the views of most analysts, who see the share of fossil fuel below 70% by 2040, as renewable energy sources and electric vehicles spread.