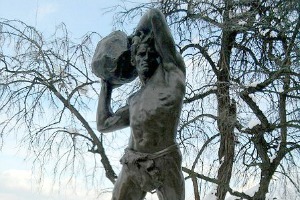 Few environmentalists would see Poland as an energy efficiency champion, but noises from Warsaw point towards an unlikely repositioning by the fiercest opponent of the EU's decarbonisation strategy.

Clean energy targets for 2030 are currently a hot potato in Brussels with an ‘orientation meeting’ between European commissioners expected on 13 February, the precursor to a Green Paper on the subject in April.

But with a push by big member states for a sole CO2 emissions reduction target gaining traction, energy efficiency goals seem in danger of slipping off the Brussels table.

Enter a Baltic dark horse stage left. “I don’t know what the official position on a number is but without a doubt energy efficiency is our favourite climate and energy policy tool,” an official in the Polish environment ministry told EURACTIV.

Warsaw is currently preparing a response to options set out by the European Commission in its structural report on the Emissions Trading System (ETS), and a separate low emissions programme for industry with a strong efficiency component will be ready by the year’s end.

Unlike other climate targets, power savings have a clear business case in Poland, for their ability to increase energy independence while lowering costs to industry, electricity prices and, ultimately, energy prices too.

Warsaw also has a fair record of energy efficiency improvements, according to the International Energy Agency. Between 1990 and 2009, the country’s energy intensity dropped by 3.6% a year, partly as a result of industrial shrinkage in the post-Soviet Union period.

Although the IEA says that Poland’s green buildings record is lagging, the country has introduced a ‘white certificate’ scheme for savings by energy utilities, and taken €150 million in energy efficiency loans from European development banks.

Even so, Poland has repeatedly blocked EU attempts to ratify a decarbonisation target for 2050 – or any other post-2020 climate goal – or strengthen the ETS, and that has led environmentalists to see the country as a Trojan horse primed to dismantle the EU’s climate strategy.

“It is easier to sell an energy efficiency target in Poland as it lowers costs and increases energy independence, without necessarily requiring the same investment that renewables do,” Brook Riley, a spokesman for Friends of the Earth Europe, told EURACTIV.

“But for us, it is clear that energy efficiency will come as a package, we wouldn’t want it cut out and stand alone,” he added. “People defending it have to start making the case for it in its own right.”

Warsaw is yet to finalise a position on energy savings goals for 2030 but the background noises are clear, even if they are still being whispered off the record.

“For sure, energy efficiency is our priority because of the structure of our whole economy,” one official in the economics ministry told EURACTIV, adding that support for a 2030 target was “a tricky question,” currently being brainstormed.

“We were not very happy with the lack of ambition in the existing regulation,” added another high-ranking source.

Senior EU officials believe that the Primes Model used in calculating the target is inflexible, outdated, often inscrutable and too pessimistic in its projections.

Rather than basing the EU’s energy efficiency standard on actual energy consumption in 2005, the Primes Model projected an, arguably inflated, 2000 million tonnes of oil equivalent figure to 2020 and then proposed a 20% cut on that.

When the effects of recession are factored in, Friends of the Earth estimates the real reduction in energy consumption from the EU’s proposed goal as 12% on 2005 levels, rather than the 20% headline figure.

Preliminary findings from a forthcoming Ecofys report commissioned by Friends of the Earth and Climate Action Network show that around €180 billion could be saved by 2030, if Europe improved its energy efficiency by 38% on 2005 levels.

The report, which EURACTIV has seen, also estimates that for every €1 of energy cost savings, an additional €1 could be saved by correspondingly lower prices.

“Since net direct savings are expected to amount to €107 billion annually by 2020, this means that the total net savings in 2020 can be estimated at around €200 billion per year,” a draft of the study says.

Within the European Commission though, a widespread view holds that serious discussion on extending energy savings targets to 2030 will have to wait until after a June 2014 review of progress towards meeting the 2020 target.

EU officials at the highest levels of the bloc’s energy directorate are unconvinced of the need for a binding efficiency target, seeing value in the current tapestry of measures contained in legislation such as the Energy Efficiency Directive.